‘It’s really good to be a role model for the girls in the Channel Islands’: Guernsey’s Maya Le Tissier on being called up to the Lionesses 25 years after Matt (no relation!) was the first to wear an England jersey

Guernsey has only ever produced one England international. Twenty-five years on from Matt Le Tissier’s last senior cap, the Channel Island has a new hero – with the same surname.

Manchester United defender Maya Le Tissier is no relation to the former Southampton midfielder but could follow in his footsteps if she makes her Lionesses debut this month.

Her performances in the Women’s Super League earned her a place in the senior squad for the first time but her route to the national team has involved jumping through several hurdles.

With no women’s teams in Guernsey, Le Tissier played for a boys club until the age of 16. She would also fly over with her parents to represent Hampshire county in a bid to get herself noticed. 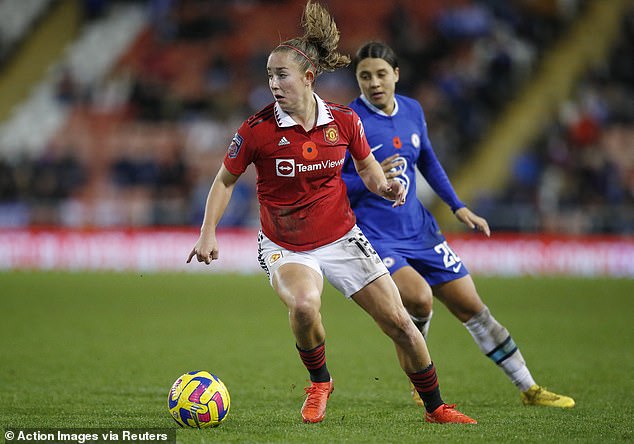 Now the 20-year-old is hoping to become the first woman from Guernsey to play for England and inspire a new generation of female footballers growing up on the island.

‘It’s really good to be a role model for the girls in the Channel Islands and the boys,’ Le Tissier said.

‘They don’t get that many opportunities to kind of show what they’re about and for them to be able to see that there is a pathway because beforehand there wasn’t really a pathway.

‘Obviously Matt [Le Tissier] did it but that was quite a while ago so for them to see that I can do it and that they can do it as well, it’s really good for them to push towards and to have someone to look up to. 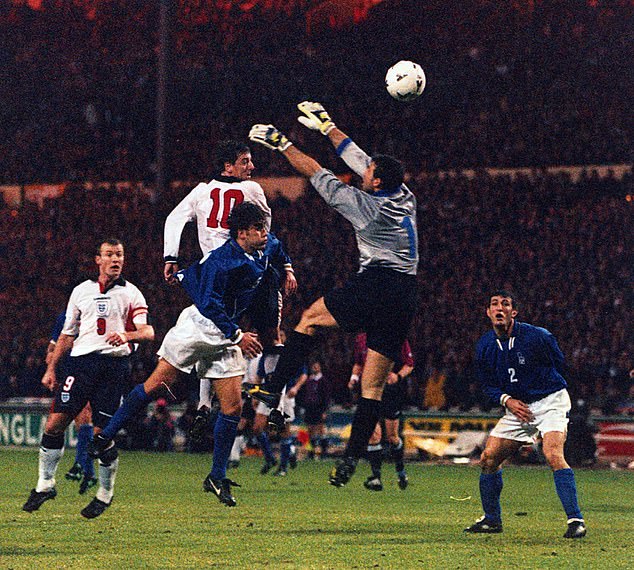 Matt Le Tissier, heading the ball, was the only previous Guernsey player to represent England

‘It’s completely different to when I was growing up, but of course I didn’t know any difference anyway so I was just playing football with the boys. I think that’s kind of what’s made me the player I am today, playing with the boys back home from when I was like four until 16. I was playing Under 18 boys football and they’re basically men so to come back into the WSL is different but I’ve kind of experienced the physicality of it back home and playing on bad pitches and things like that.

‘[I was] flying over to try and get noticed and flying over just to play a game of football people probably think you’re crazy. ‘My mum and dad, they’d have to take time out of work to fly over with me because obviously I can’t do that on my own.

‘It’s different for me, people will have never heard of Guernsey and where I’m from. It’s so small you can walk around it for example. And to then come over and try and get recognised and to play women’s football because I was just playing boys football back home. It was different but I loved it.’ 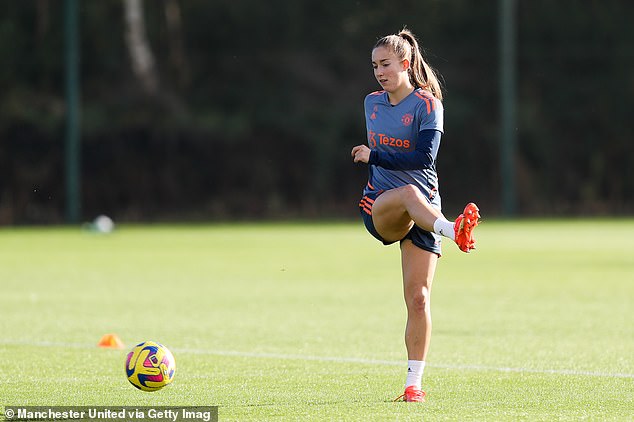 No doubt Guernsey’s population of just over 62,000 will be tuning in to see if Le Tissier makes her England debut against Japan or Norway and the defender is thankful for the support she has had from those back home.

‘I had a lot of support from back home, it’s very good for sponsorship and community spirit so I was very lucky with that. I have to thank everyone back home for supporting me and I hope now they can see that it has actually paid off. I definitely recommend [a holiday in Guernsey!] just for a weekend, only when it’s sunny!’