Erling Haaland has revealed there is still a lot more to come from his game as he gets set to make his Premier League debut.

The 22-year-old who joined Manchester City from Borussia Dortmund for £50million, is already one of the best strikers in world football.

As Pep Guardiola’s side prepare for their season-opener against West Ham on Sunday, Haaland believes he can develop his game further with the reigning champions. 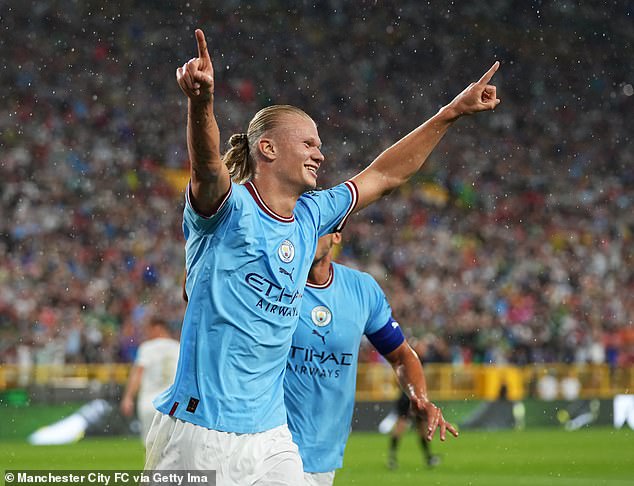 ‘That’s what I like a lot about football, you can always develop, always get better at the game.

‘Part of the game is to get out of your comfort zone, something I’ve been doing and something I like – then you develop more as a human. 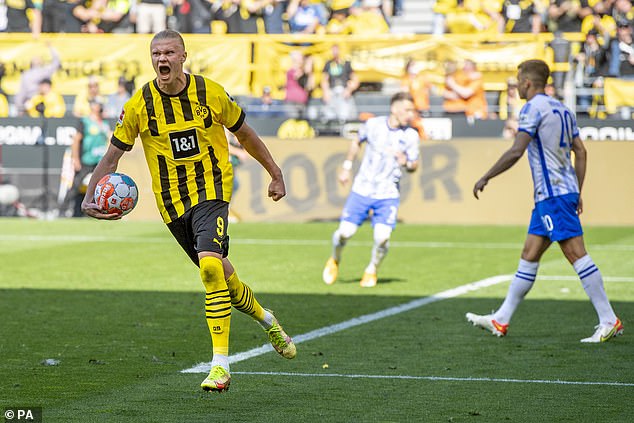 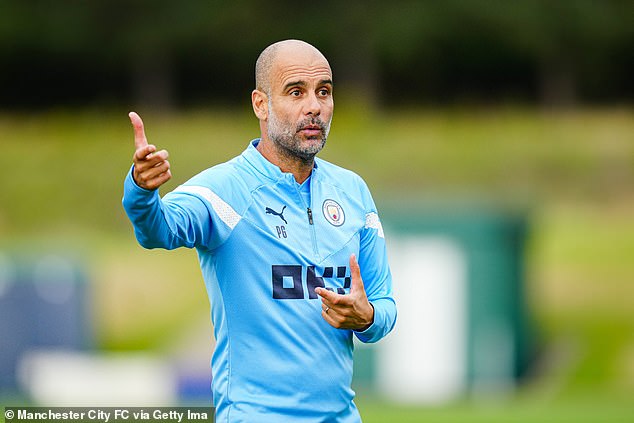 ‘We’ll see about settling in. People can take time, or come directly in. I’m not concerned. That’s life as a footballer – you have to live with it.

‘You are a kind of entertainer, judged every week for what you do on the pitch. You have to deliver, do your best.’

Haaland in the past has revealed his admiration for both Cristiano Ronaldo and Zlatan Ibrahimovic as players.

The Norwegian striker though believes he doesn’t need to command the spotlight, like those two have done throughout their careers. 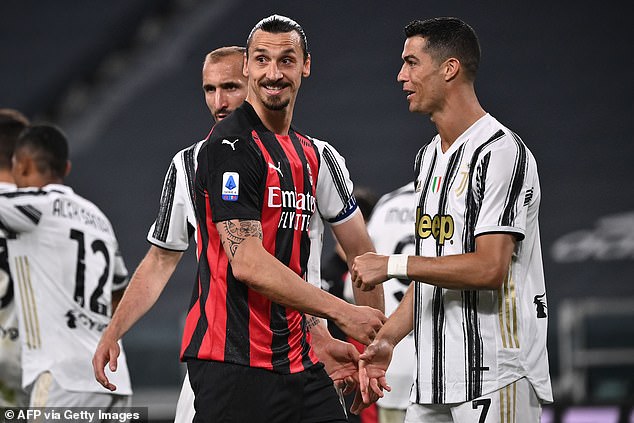 When interviewer Geoff Shreeves pointed out that Haaland doesn’t appear to have this trait like Ronaldo and Ibrahimovic, Haaland responded: ‘No I don’t need this.

‘I like to have a joke on Instagram here and there. But really I like to relax, have fun, smile a lot and and enjoy what I’m doing.’

There will be high hopes for Haaland at Man City, who saw off Real Madrid and Barcelona in the chase for the highly-coveted striker.

It is understood that Haaland is earning in the region of £385,000 a week, in line with the club’s top wage bracket and Kevin De Bruyne’s salary. 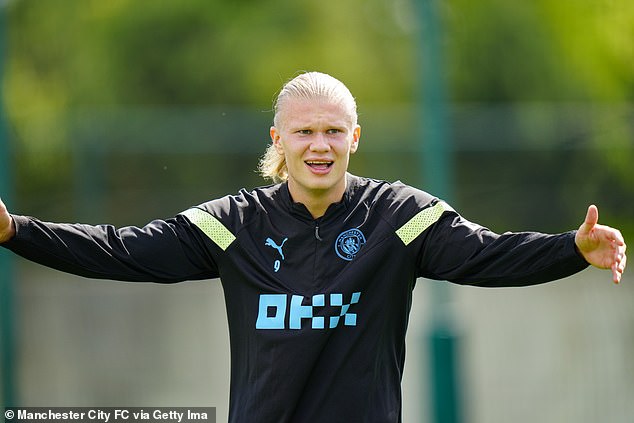 The Norwegian missed a golden opportunity towards the end of the game, firing a shot over the bar, though it would have only been a consolation goal.

City will hope he can hit the ground running quickly in the Premier League, starting with their tricky looking fixtures at the London Stadium on Sunday.