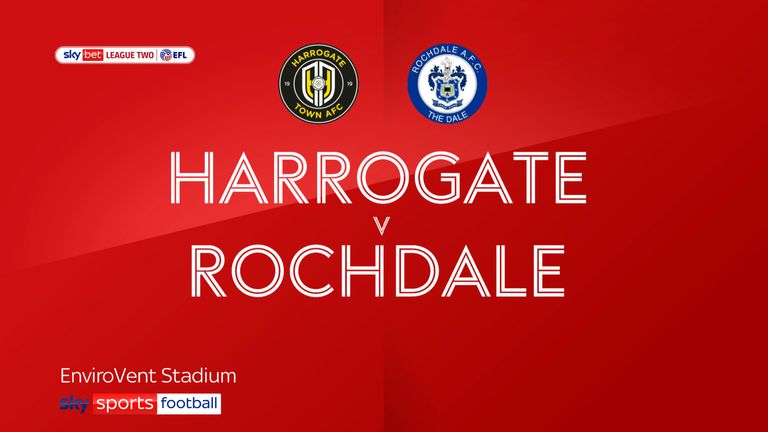 The 31-year-old defender, who failed to score in 50 games during Town’s maiden League season last term, struck in the second minute of time added on to secure a 3-2 triumph over a Dale side who were returning to Sky Bet League Two action after seven seasons in the division above.

Harrogate had taken a 2-0 lead inside the first 10 minutes thanks to debutants Luke Armstrong and Alex Pattison, before Alex Newby reduced the arrears on the quarter-hour and Conor Grant levelled early in the second half.

Armstrong took just five minutes to score his first goal for Harrogate, sweeping in from six yards after Jack Muldoon had spun past Jimmy McNulty and sent in a low cross from the right.

Former Wycombe midfielder Pattison doubled the advantage when he curled an excellent effort beyond Jay Lynch’s outstretched left arm after Dale captain Aaron Morley had given away possession in his own penalty area.

The visitors, playing under new boss Robbie Stockdale for the first time, pulled a goal back when Newby collected Stephen Dooley’s pass and rolled the ball home.

It was 2-2 when Grant slammed in from 12 yards after Newby had skilfully weaved his way to the right byline and pulled the ball back.

But after Lynch diverted an Armstrong effort out for a corner off his near post, Burrell drilled in from 15 yards as the visitors failed to clear George Thomson’s resulting corner to snatch the win.

Cristiano Ronaldo puts his £3.25m Manchester mansion up for sale