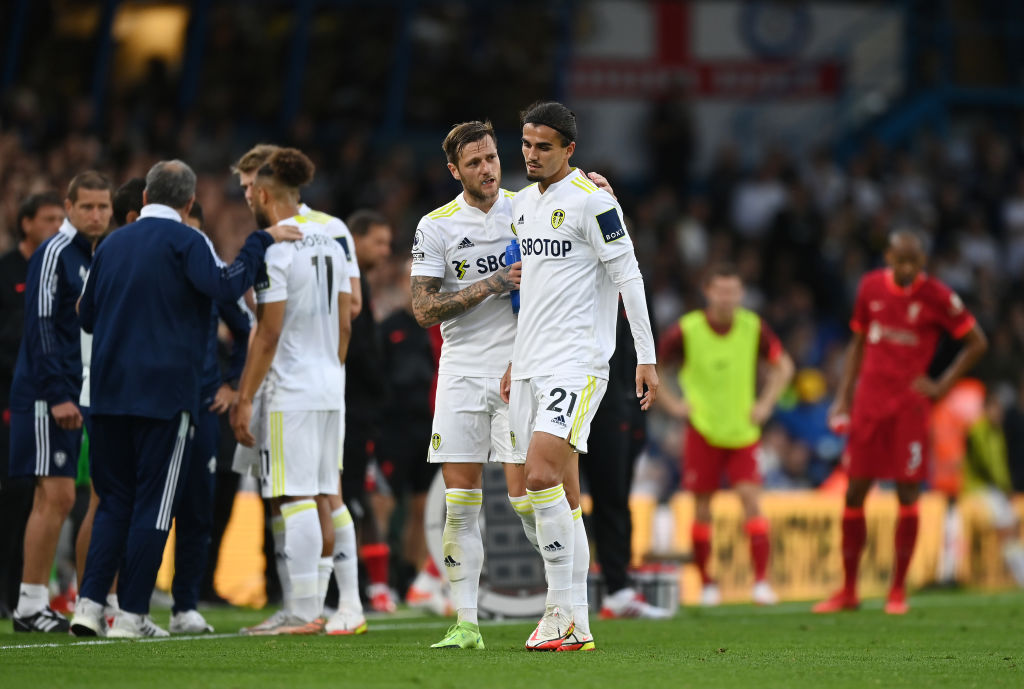 Liverpool ace Harvey Elliott sent a classy message to Leeds United’s Pascal Struijk after the defender’s appeal against a three-match ban for a sending off in his side’s defeat to the Reds was rejected by the FA.

The 22-year-old was sent off on Saturday following a tackle on Elliott, who required immediate medical attention as he was in significant distress.

Elliott has since had surgery in London on a dislocated ankle but the midfielder cleared Struijk of any blame, insisting that there was no malice in the defender’s challenge.

Leeds felt that they had a good chance of overturning the red but the FA stuck to the referee’s decision and the defender will miss the next three matches.

But Elliott clearly disagrees with the decision as he commented on an Instagram post today about the FA’s verdict, describing it as ‘wrong’.

‘Sorry about this Pascal,’ wrote Elliott.

‘I think it’s wrong! But it’ll soon blow over brother and you’ll be back in no time smashing it again.

Struijk will miss the remainder of the month of September, including Premier League ties against Newcatle and West Ham, as well as a Carabao Cup fixture against Fulham.

Elliott is set for months on the sidelines after making a promising start to the season at Anfield.

The Reds are hopeful that the midfielder will be able to feature again before the season finishes.

‘The operation was a success so his comeback starts now,’ club doctor Jim Moxon said.

‘We won’t put pressure on him by setting a specific timeframe beyond being able to say with confidence we expect him to feature again later in the season following our rehab programme.’