Ralph Hasenhuttl was furious after the Premier League accepted Newcastle’s request to have their match at Southampton on Sunday postponed.

It is the 18th Premier League game to be called off in the last three weeks.

And the addition of injuries as a factor in the Premier League board’s assessment of each postponement request — rather than simply Covid cases — has fuelled Hasenhuttl’s anger. 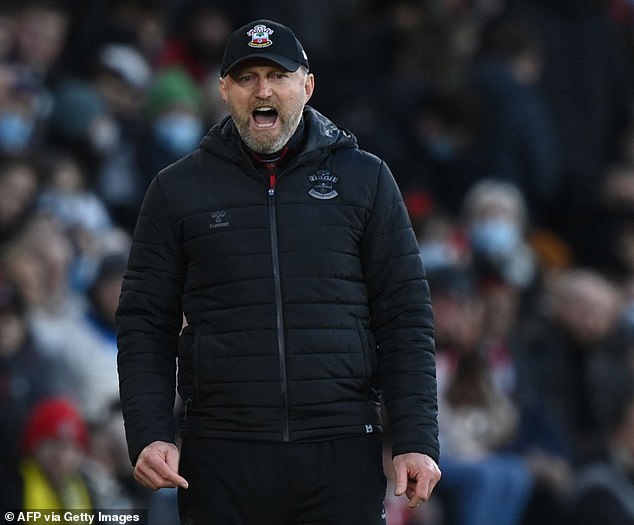 Southampton have lodged a complaint with the Premier League about the process.

They have been forced to turn to their youth ranks on numerous occasions during the pandemic when low on numbers, in part due to injuries.

This was the case at Manchester United last season when they had to name a bench of youngsters for the 9-0 thrashing.

There is now growing concern that the rules are being exploited around a club’s injuries.

The Premier League granted Newcastle’s request ‘as the club does not have the required number of players available for the match (13 outfield players and one goalkeeper).’ 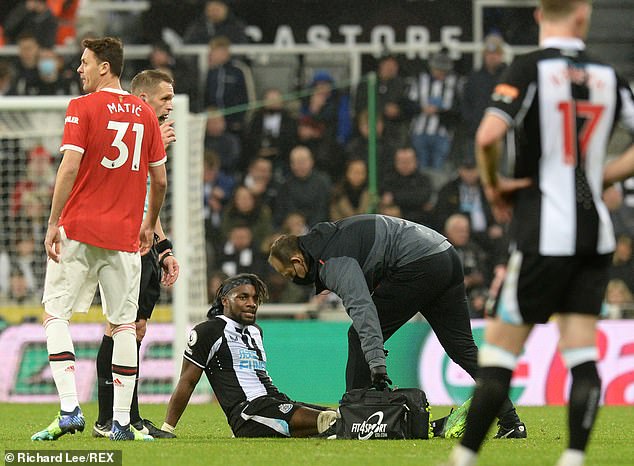 The inclusion of injuries, as well as Covid, was taken into account with Newcastle’s request

A lack of clarity has sparked doubts over whether Newcastle genuinely could not pick a team to face Southampton from all the first-team and youth players at their disposal.

Newcastle also had Thursday’s trip to Everton postponed. After they drew 1-1 with Manchester United on Monday, manager Eddie Howe warned they were ‘dangerously close’ to not being able to pick a team.

They only named eight substitutes against Manchester United and lost key players Callum Wilson and Allan Saint-Maximin, plus Ryan Fraser, to injury during the game.

It is understood there have been more Covid cases at Newcastle’s training ground this week but they did train on Friday morning before their request for a postponement was granted.

Arsene Wenger urges supporters to keep the faith with Arsenal