Emma Hayes has warned women footballers that they will now face added scrutiny from TV pundits and on social media – but the game needs it in order to be taken as seriously as the men’s game.

The manager of reigning champions Chelsea takes her team to the Emirates Stadium for a London derby with Arsenal today, as the Women’s Super League goes up a level through lucrative television and sponsorship deals.

Sky and the BBC will be showing between 50 and 60 live games per season in a deal worth £24m over the next three years, bringing a huge step-up in exposure. 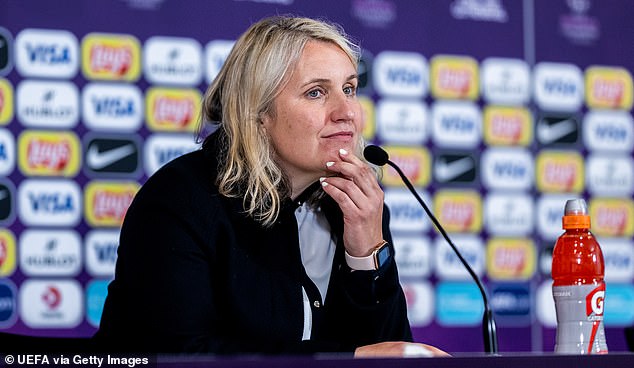 But with the increased visibility comes an added level of scrutiny from studio experts and armchair fans alike which Hayes says will be inevitable – and invaluable.

‘It’s needed in the game,’ she said. ‘We can’t just always talk about “we’re great role models, we’ve got men’s stadiums opening up for us”. If we want to be taken seriously and be treated in the same vein, then we have to be prepared to take everything that comes with it.

‘Players are going to have to get used to it. The experience of what we’re going to go through this year is going to be invaluable and I think that level of scrutiny will be a notch up for everyone, but you can’t have one thing without the other. You can’t want the game to be in the place that is without that level of attention.’ 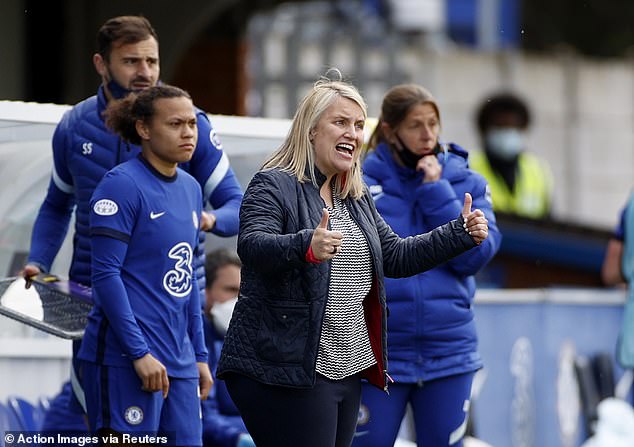 However, she says the game needs it in order to be taken as seriously as the men’s game

She says part of her job will be to help players handle criticism. ‘They are young people and for the large part are used to an awful lot of positive social media content. So they’re going to have to face different things, whether that’s a player who puts in a tackle that the opposition fans didn’t like, or somebody getting sent off or celebrating in a way that the opposition didn’t like.

‘With social media, the very smallest things can be amplified in milliseconds. Is everybody prepared for the level of scrutiny that comes with that? No I don’t think so. Are we aware that something will shift? Yes, I think so.

Hayes says Chelsea as a club are well set up to cope through their dealings with the men’s team. ‘We have to utilise the experiences from the men’s game, and those experts in and around that to support the players, because you can prepare somebody as much as you like for what might happen, it isn’t till it happens and you see what the emotional response will be for it so I think it will be there will be some interesting challenges with it. 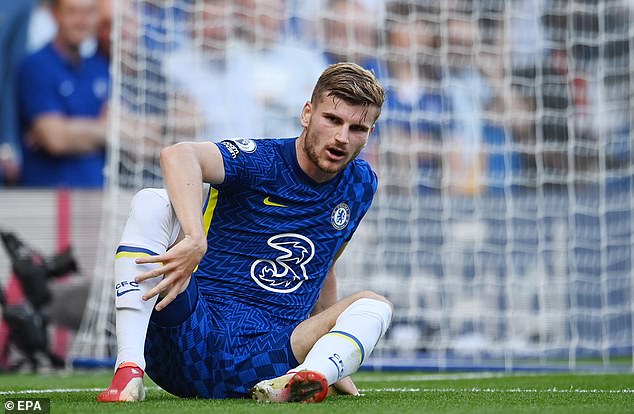 Hayes says Chelsea are well set up to cope through their dealings with the men’s team. The club have had experience sorting the likes of Timo Werner, who was criticised last season

‘We have internal support from our own media and comms teams, plus our job is is to prepare players. With all the good things that can come with the game, there’ll be some difficult moments and that’s usually one of the hardest things I might have to deal with as a coach, when it impacts them.

‘I know that I’ve got a good support network around me at Chelsea and that arguably help the players to grow as the sport grows.’

Hayes, who has led Chelsea to five domestic titles in nine years, increased her own profile hugely after being part of ITV’s commentary team at Euro 2020 this summer, where she was widely praised for her tactical knowledge and straightforward punditry. 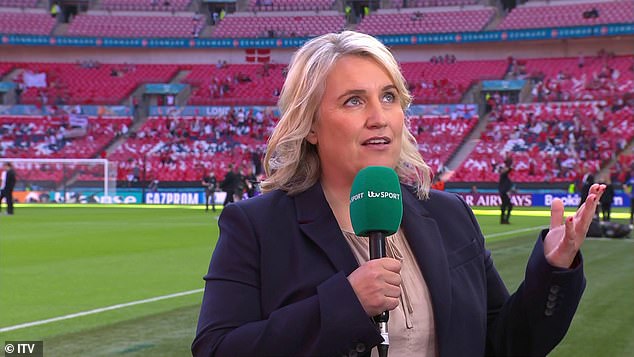 Hayes, who has led Chelsea to five domestic titles in nine years, increased her own profile hugely after being part of ITV’s commentary team at Euro 2020 this summer (above)

But the no-nonsense Londoner said she will not change. ‘I’m from the flats in Camden Town, I’m never going to change my profile. I’m a mum and a manager. I’m lucky. I’ve got a beautiful job, a beautiful life. I don’t get carried away with things. I still shop in the same shops.’

And as the mother of a young child, she has priorities other than football when she leaves Chelsea’s training ground. ‘I’ve got a three-year-old so I switch off when I go home. I don’t think too much about what I do as my job.

‘I understand that it brings attention, but I’m not someone who ever really gets caught up in it, to be honest. I’m not massively into social media. I’m too busy’

Chelsea vs New England Revolution: How to watch friendly for FREE online