‘It was like he didn’t CARE’: Eden Hazard is mocked by a FOURTH DIVISION player after dismal display in Real Madrid’s win over Cacereno – and claims he was ‘totally unnoticed’ before being hauled off after 67 minutes

The Spanish giants faced the minnows in a last-32 fixture in Spain’s premier cup competition on Wednesday.

After a nervy display, a second-half goal from Rodrygo secured victory for Carlo Ancelotti’s side to book their spot in the last-16. 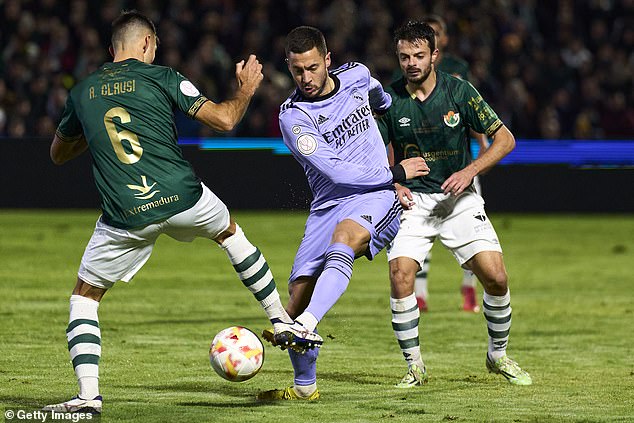 However, Hazard struggled to make an impact on the game and was hauled off against the fourth tier side after 67 minutes with the score at 0-0.

In fact, the Belgian attacker left the pitch having not had a shot, while he also failed to complete any dribbles.

And following the game, Carmelo Mereciano, who played for Cacereno in the clash, slammed Hazard’s performance.

‘Hazard? It was like he didn’t care about the game,’ he told Spanish outlet Diario AS.

‘He didn’t want to take the ball, he didn’t run. He was totally unnoticed.’

However, Ancelotti defended his player and insisted the tricky conditions at Cacereno’s stadium meant it was a tough game for all of his players. 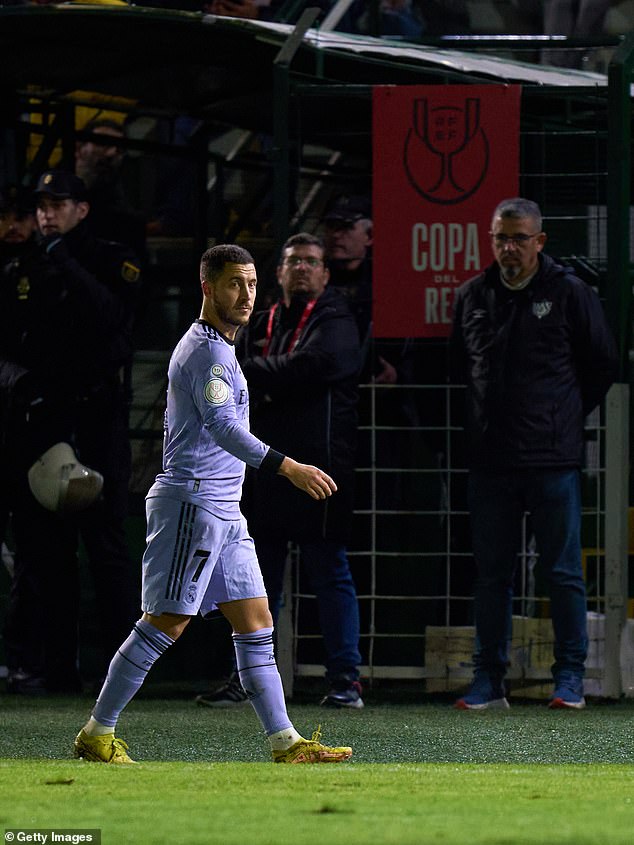 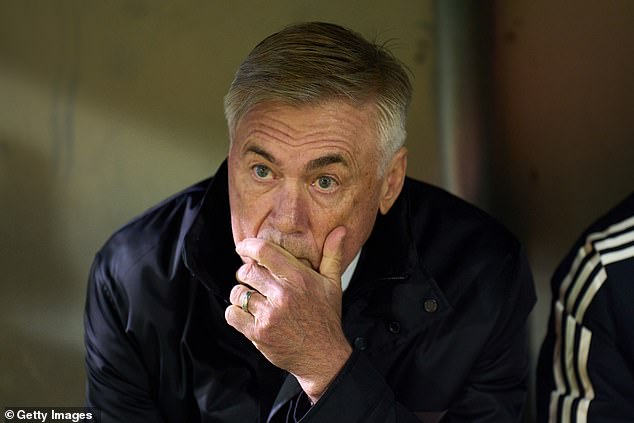 He explained: ‘You can’t play football [on Cacereno’s pitch]. For me it’s not football, it’s another sport.

‘It’s nice because small teams can fight and compete with bigger teams. It’s good for the fans, but the fans also want to see beautiful matches.

‘I liked [Hazard]. It’s difficult to evaluate players individually, it was impossible to play. Smaller players like Hazard or Rodrygo suffer more, but he delivered.’

The former Chelsea star has endured a dismal spell in Spain since his £130m move to the Spanish giants in 2019.

Having excelled over a seven-year-spell at Stamford Bridge, he has scored just seven goals for Los Blancos and regularly struggled for fitness.

Including last night, Hazard has made just three starts for the club in all competitions this season as he continues to toil at the Bernabeu following Belgium’s embarrassing group stage exit at the World Cup – where he was captain of his nation.