Head for heights! A throwback warrior of a defender, Nat Phillips is finally going places at Liverpool after his impressive showings standing in for the champion’s injured centre-backs

The place to start is the headband. Nat Phillips, the young Liverpool defender, starts smiling when it is mentioned so immediately you know there’s a story.

As he puts it, this campaign has — in the most dramatic sense — been ‘spectacular’ for the injuries that have befallen those who have played in the middle of Liverpool’s back four. Remarkably, Phillips had a scare of his own last week that threatened what turned out to be a landmark night.

He split his head open in the dying minutes of the 1-0 defeat by Fulham. The wound needed to be glued together but on Wednesday morning in Budapest, as Liverpool practised their set-plays, he was left wincing. Desperate measures were required. 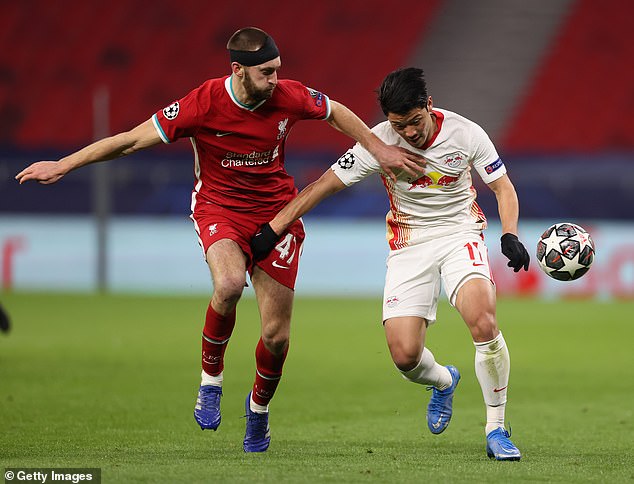 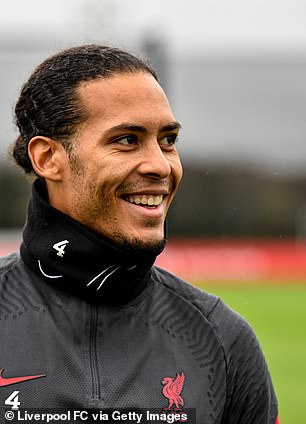 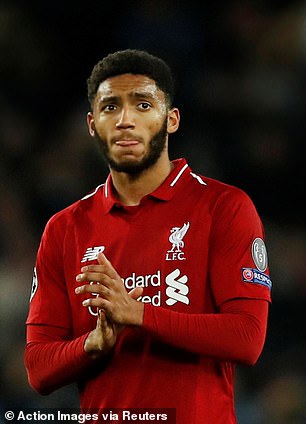 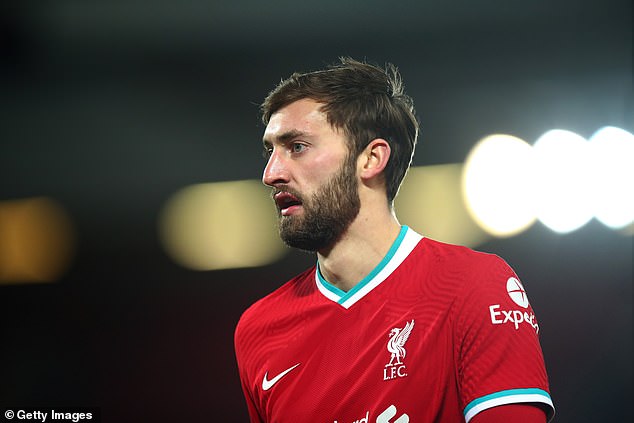 ‘Literally the first thing I did in training was get my head on it, right where the cut and all the glue was,’ says Phillips, who can laugh about it now. ‘It hurt quite a bit and I thought, “I don’t want to be worrying about this through the game in case it opens up”. So I just said to the physios, “Can we get something on there and strap it up?”

‘Plenty of players have played with much worse. Even if they (the medics) had addressed any concerns that I might not be able to play, I’d have put that to bed myself.’

Put simply, nothing was going to stop Phillips making his Champions League debut and the way he played against RB Leipzig — decisive, commanding and imposing — might turn out to be the latest sliding doors moment in a career that has been anything but conventional.

Phillips was released by Bolton when he was 19, in the summer of 2017. He won a scholarship to study at the University of North Carolina but that move ended when Liverpool came in, three days before he was due to leave, with an invitation to train with them in Germany.

Then it appeared last summer he was going to leave Anfield, having had a spell on loan with Stuttgart. Liverpool did not include him in their initial Champions League squad, as Swansea looked set to sign him, but that didn’t materialise. Now here is, six months on, in the quarter-finals.

‘I always felt I’d be able to play in a Premier League game and do a job,’ Phillips says. ‘That’s just the way I have approached it — and continue to. I don’t look too far ahead. I just crack on with working on myself and improving the things that I can get better at, to get where I want to get to. 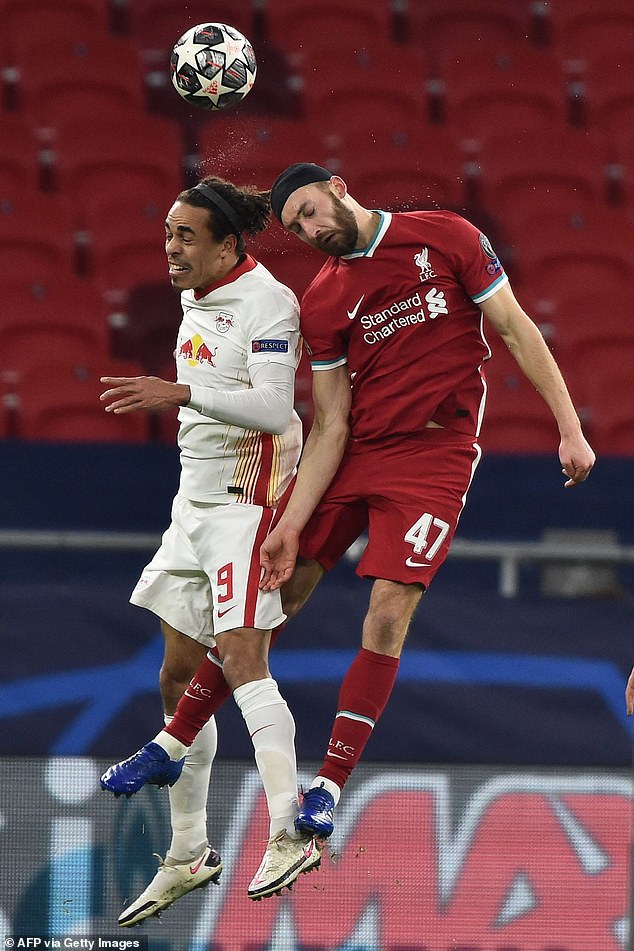 ‘As I have progressed, my ambitions have changed over the past year. Premier League football was something I saw as an ambition. Then I was asked about Champions League football earlier in the season. Not many players get the chance to experience it and you have to earn that right.

‘At a club like Liverpool you can never rest on your laurels and think, “I am safe now”. It doesn’t work like that. Circumstances have dictated it, but I still have plenty more to do. In terms of me and my ambitions, they are always changing.’

So they should. It would be foolish to make big predictions on the back of one night, but sometimes one game can be the catalyst for dramatic change. Phillips did everything against Leipzig with an effective simplicity and his reward was a bearhug from Jurgen Klopp straight after the game.

Klopp is honest and the enthusiasm with which he spoke about Phillips — who is expected to start at Wolves on Tuesday – in the aftermath was genuine. He is the kind of player the manager would want to work with, to try to help him improve every aspect of his game.

‘He was over the moon for me,’ said Phillips, whose father, Jimmy played for Bolton. ‘After the game we shared a hug and he said, “What a game!”

‘He was really happy but then, unfortunately, I had to do the doping test while the lads were in the dressing room. 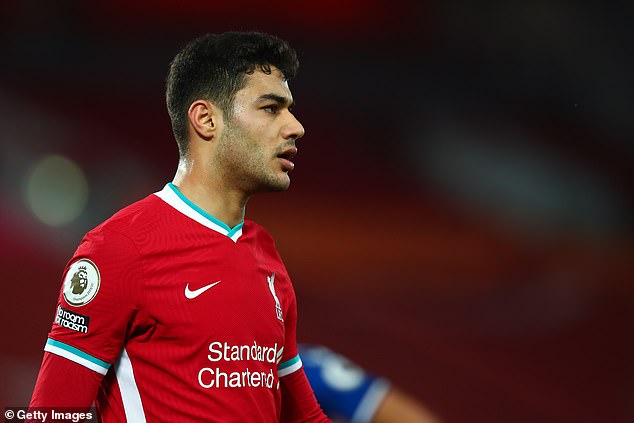 ‘After a few games he has said the same — my debut (against West Ham in October) and the win at Sheffield United (in February). We have been on a journey since I had my first training session with the first team.’

How far the journey goes remains to be seen but one thing is certain and that is Phillips, who will be 24 next week, has won the trust of his team-mates. The last few days have been a blur in terms of the amount of well-wishes he has received — ‘my phone’s been red hot,’ he says — but they were also inspirational.

He is contracted for another two years and wants to share in future successes. The story he tells before we sign off is a fitting — and funny — way to show ambition.

‘When the lads officially won the League last year, I was still in Germany,’ he says. ‘I drove into the (Stuttgart) training ground blasting You’ll Never Walk Alone from the car. Philipp Klement, who used to sit next to me, was a Man City fan so I wanted to make sure he knew what had happened!

‘I saw how much it meant to those guys. I was jealous they got to experience that moment. I want to feel something like that one day.’ 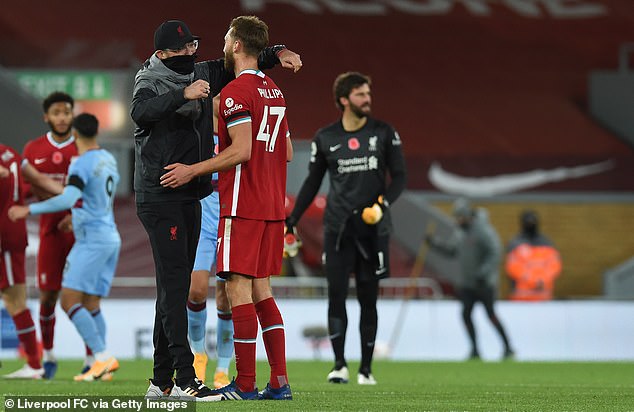