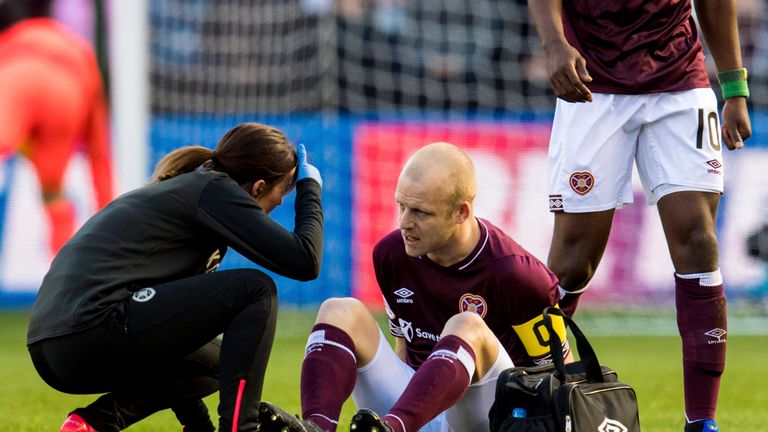 Hearts striker Steven Naismith could be sidelined for between six and eight weeks with a torn cartilage in his knee.

Naismith was injured during Sunday’s 3-0 Betfred Cup semi-final defeat at the hands of Celtic at Murrayfield.

The Scotland international will return to parent club Norwich for a further scan, but Hearts boss Craig Levein says Naismith will need surgery and hinted he might not be available until around Christmas.

Naismith will definitely miss Scotland’s next two games, which come against Albania and Israel in November.

The 32-year-old’s goals have been one of the main reasons behind Hearts’ run to the top of the Scottish Premiership.

He has scored 11 goals this season for the Tynecastle club, seven of those in the league, as they have built a five-point lead over Kilmarnock.

“It looks like he’s got a little tear in his cartilage, which we suspected.” Levein said, before adding of the potential absence: “Maybe six to eight weeks or something like that – but I’m guessing. 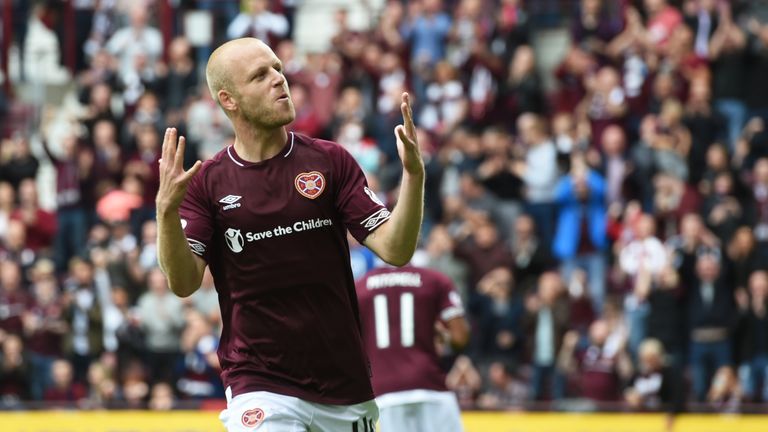 “We’ve had a number of blows in the last three or four weeks so we will just have to cope with this one as well as we have done with the other ones.

“It does leave us a bit thin on the ground up top with Uche (Ikpeazu) being out as well, but we’ll get by.”

‘This is Anfield? This is el Atleti’ – Spanish press laud Atletico Madrid after beating Liverpool