PETE JENSON: Barcelona’s season looked dead after Bernabeu humiliation… but Xavi is finally getting a tune out of Dembele, Lewandowski’s scoring for fun and the LaLiga title is in their sights

Barcelona president Joan Laporta came out on to the pitch a while after Tuesday night’s 2-1 win over Osasuna and bounced up and down with club director Rafa Yuste in front of jubilant travelling supporters.

The Barcelona fans applauded the president and then started signing: ‘We want Pique’ in reference to the man many see as a president in waiting. They were hoping to see Pique on his last night as a Barcelona player but he was in the dressing room jumping up and down with team mates. Xavi was singing and bouncing with his players too. 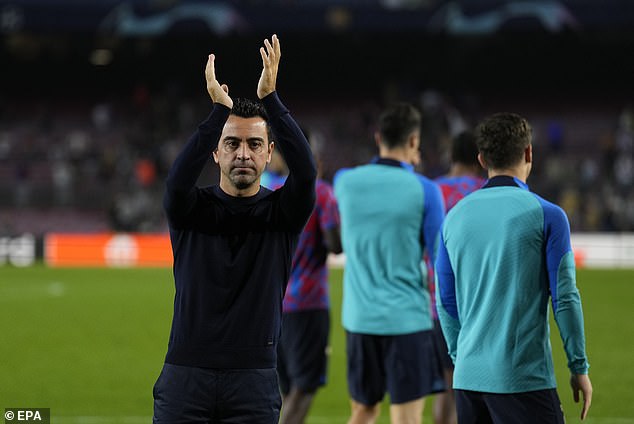 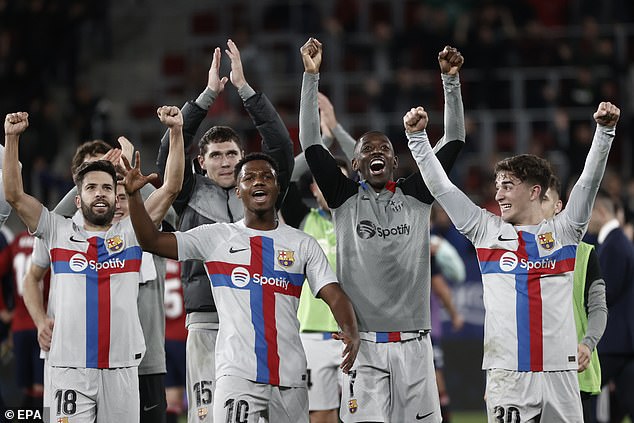 This wasn’t just a victory achieved after playing for an hour with ten men and not scoring the winner until five minutes from time. This was a victory that takes them into the six-week break for the World Cup as leaders.

There will be no long faces, furrowed brows, and rumours of a managerial change in the coming weeks. There will even be fewer stories about transfers that the club can hardly afford. Xavi needed three wins and he has them. And all this just three weeks after a 3-1 defeat at the Bernabeu that left Barça looking as if their season was as good as already over.

The only crimp in their evening was the sending off of Robert Lewandowski which will now see him miss the Catalan derby on New Year’s Eve at home to Espanyol.

There is also the concern he will get an extra couple of game for the gesture as he left the pitch. The interpretation is that he was indicating that the referee was arrogant – if that’s enough to trigger a longer ban then he might get two more games and so miss the visit to the Metropolitano for the second game back against Atletico Madrid. 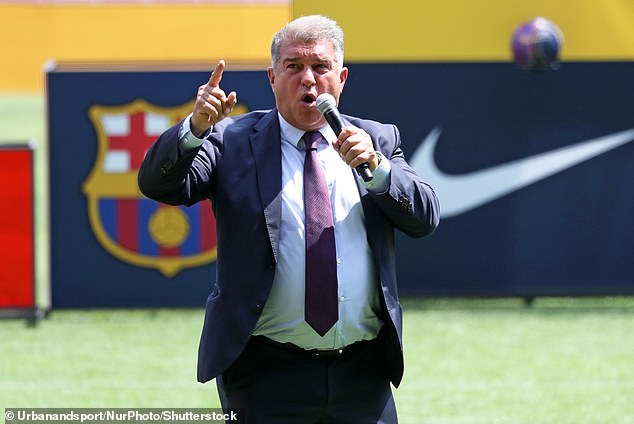 On the bright side for Barcelona, on Tuesday night they showed they could win without the Pole who goes off to the World Cup with 13 goals in 14 La Liga games.

There were many big performances from Barcelona – Pedri was electric in midfield and scored the first goal; Gavi came on and his headed clearance at the death was cartoon hero stuff. And then there was Frenkie de Jong.

The last time Barcelona played at Osasuna the game ended 2-2 and the Dutch midfielder was pointed out by Xavi as having been a weak link in midfield.

Barça then did everything possible to sell him to Manchester United including leaking a story that his contract was illegal. In preseason they played him in central defence, to further wind him up and force him out, but he dug in. 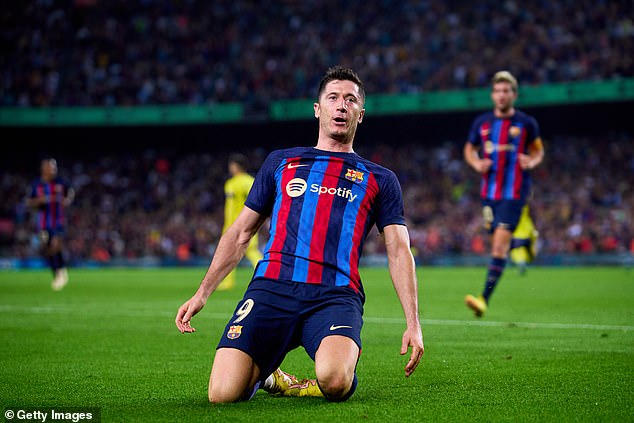 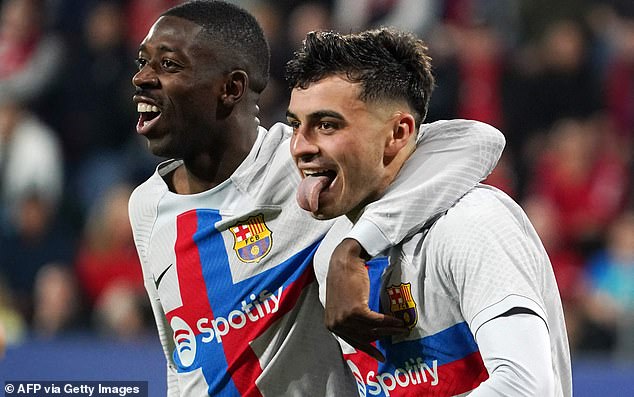 And twist in the story of the club playing him in the centre of defence is that he can play there. He was there on Tuesday night as Xavi shuffled his reduced pack to match Osasuna’s extra-man. He was outstanding defensively, and his assist over the top for Raphinha’s winner was Ronald Koemanesque.

The man on the end of that pass is also someone who won more than just three points on Tuesday night. Raphinha has struggled so far at Barcelona. The man who got 11 goals in the Premier League for Leeds last season looked too conservative on the pitch in the first couple of months and was one of those who paid for the away defeat to Real Madrid. He has not started a league game since.

But coming off the bench in the last few matches he has shown more positivity, greater confidence and his looping header over Aitor Fernandez won the match and ensured Barca stay top up until the end of the year. It felt like the game when he became a Barcelona player in the eyes of the supporters. 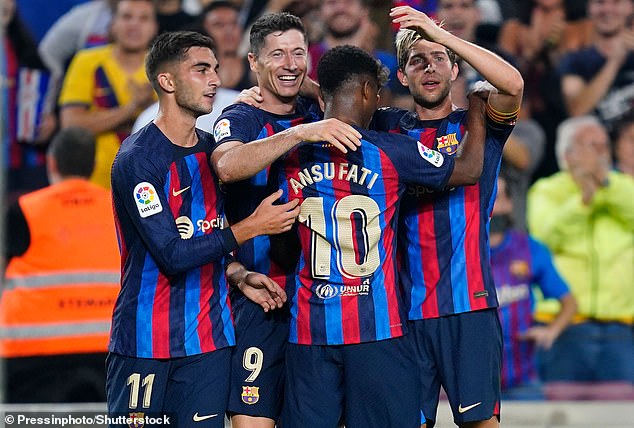 After suffering some rotten form this season, it’s no surprise to see Barca in such good spirits

Xavi’s team had shown a competitive spirit in the second half following Lewandowski’s sending off which was embodied perfectly by 19-year-old Alejandro Balde who has come of age in these first 14 games to such an extent that no one would be surprised if he is called into Luis Enrique’s World Cup squad on Friday.

That would put the cherry on top for Barcelona. They want as many of the squad as possible to go to Qatar – the real problem for coaches over the next six weeks is not who goes, but who stays behind and how they are kept fit.

Regardless of whether Baldes is in or out, Barcelona are the cherry on the top of La Liga, and all after that rotten afternoon for them at the Bernabeu just three weeks ago. No wonder they celebrated the way they did.

Manchester United have signed Raphael Varane because of four players