It’s like they’ve just stepped out of a salon! It’s the hair-raising question of football in lockdown: how DO so many stars have such stylish cuts when hairdressers are banned?

A few questions that spring to mind when watching football these days. Is this really what VAR was brought in for? Is it possible to get excited about all this nonsense when there’s no crowds? And how on earth did these players get such perfect hair?

They always look so immaculate. The season started nearly five months ago. In that time, most of us have found hair sprouting in places bushy enough to nest a small wood pigeon.

The one time my other half tried to cut my hair she drew blood inside five minutes and the scissors have not been out of the drawer since. 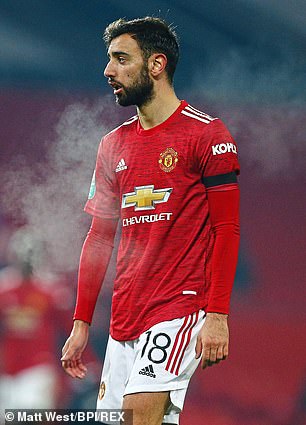 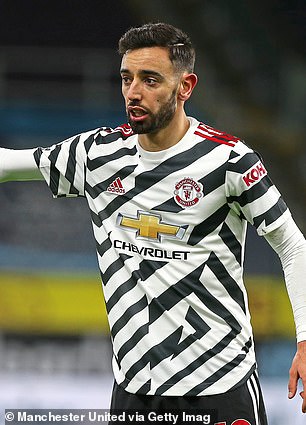 What a difference a week makes for Bruno Fernandes, who looked smarter in the Burnley win 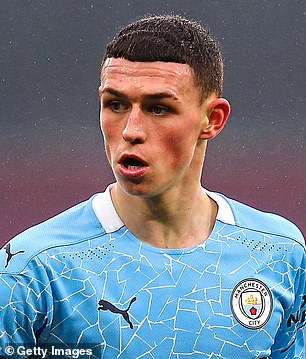 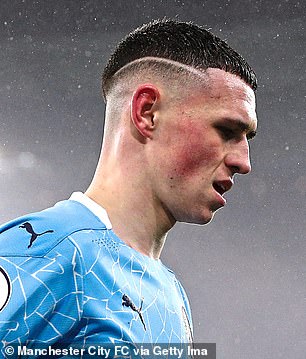 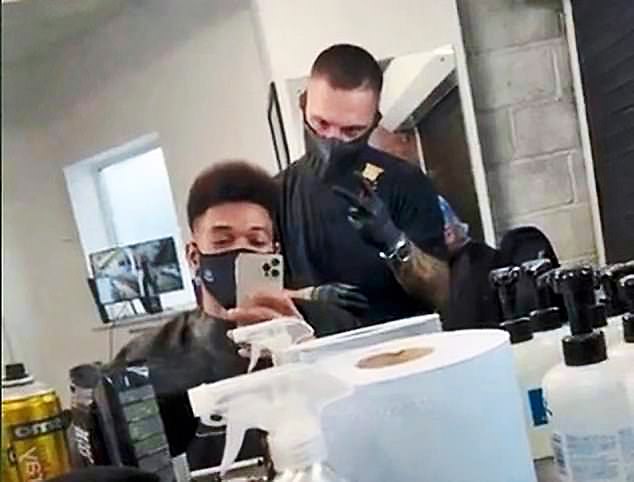 All this has come to a head after Newcastle’s record signing Joelinton was fined £200 after he posted a picture of himself on social media getting a haircut. As we all know, that’s not allowed any more. Hair salons and barbers are closed under lockdown rules.

Well, at least that answers the question of how Joelinton got his fresh do. But what about all the others? The players could be doing it themselves, of course. Scissors and clippers in front of the mirror. Or rope in a girlfriend, or someone else in the household to give it a go. Maybe even a team-mate inside the bubble. The cynic may wonder if Joelinton is not the only one.

His hairdresser sheds some light. ‘I have done them all, they have all had hairdos, they just did not put it on social media,’ said Tom Baxter, who has twice been warned before over possible breaches and called Joelinton an ‘idiot’ for posting the picture online. 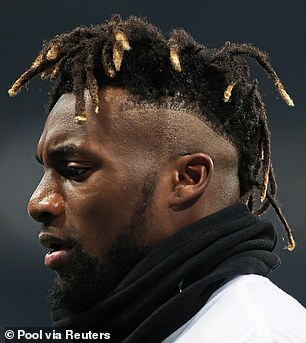 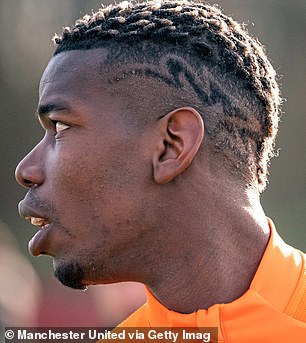 Image is a lucrative business for Paul Pogba, while Allan Saint-Maximin is just back from Covid

He added that he thought Joelinton’s haircut should have been allowed because it was for a photo shoot and ‘TV stars are allowed to get their hair and make-up done’.

Joelinton is not the first to find himself in a frizz over lockdown haircuts. Tottenham full-back Serge Aurier prompted an investigation after he posted a picture in May, during the first lockdown, post-trim with hairdresser Justin Carr. Around the same time, Bournemouth’s Jordan Ibe posted a similar snap with barber Nikky Okyere.

Okyere, who runs Slick Rick barber shop in Camberwell, has a long list of Premier League clientele including Anthony Martial and Wilfried Zaha. He says he has not cut any of his clients’ hair since the new lockdown began. Hairdressers were permitted in tiers 1-3. 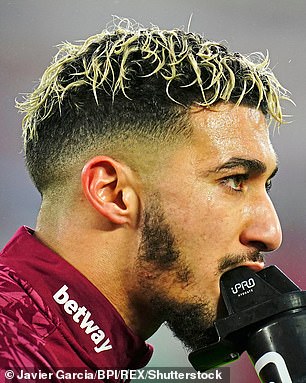 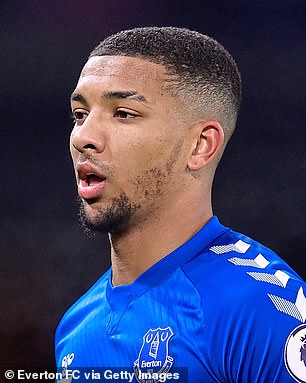 He believes that most footballers are taking things into their own hands. ‘A lot of them are doing it themselves,’ Okyere told The Mail on Sunday. ‘No one wants to get into trouble. No one is above the rules.’

Okyere posted a video last week of him cutting Arsenal midfielder Thomas Partey’s hair but insists it was old footage from when haircuts were permitted. ‘A lot of them are calling and asking for guidance,’ Okyere added. ‘Sometimes they call me when they are doing it and I give them guidance via video or phone call.’

Okyere has even put together a how-to video to teach people how to do it themselves. ‘It’s not that complicated,’ he says. 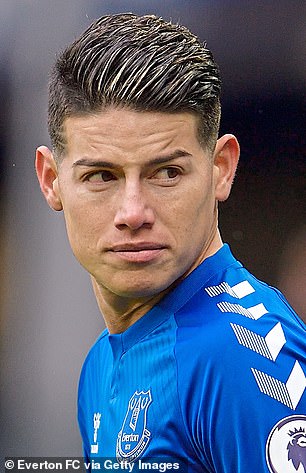 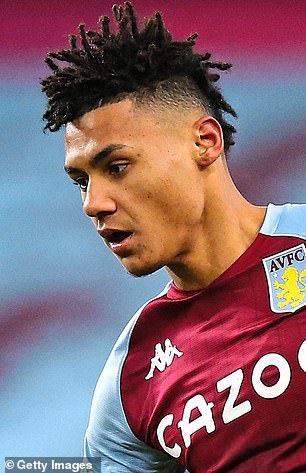 James Rodriguez is accustomed to highlights, and Ollie Watkins has proved a spiky customer

But some of these fresh dos on the field look far more accomplished than a DIY hack job. Is it really possible to recreate something so professional-looking?

‘Of course it is!’ says Okyere. Others are less convinced. Celebrity hair stylist James Johnson believes that many of the styles would ‘have to be done professionally’. He added: ‘The fade to the perfect symmetrical design would be so hard, near on impossible to achieve yourself as a DIYer at home.’

‘It’s impossible to do a skin fade on yourself,’ said one high-street hairdresser. ‘Someone who isn’t skilled can’t do that. I’ve been a hairdresser for years and even I can’t do them as neat as some of them.’ 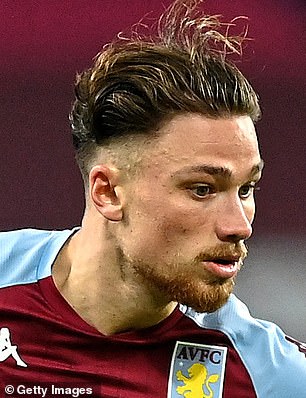 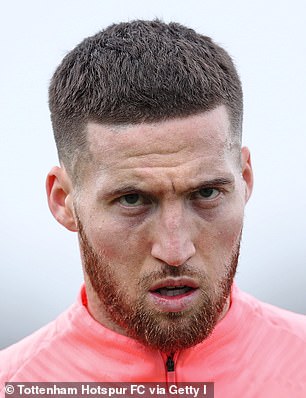 It’s a full-back and sides for Matty Cash, while Matt Doherty has had a lot of time for his hair

Amid the amusing image of Riyad Mahrez attempting to blend in the sides in front of the bathroom mirror with a pair of clippers, there is a serious point to all this.

Football remains under intense scrutiny. It has been able to continue despite an alarming rise in Covid-19 cases. Yet still the sport carries on with bubbles, protocols and regular testing.

And the players, on the whole, have done laudable things during the pandemic. Pay cuts, coronavirus rescue funds. Lots of things, all while having a bony finger jabbed at them by the Government. 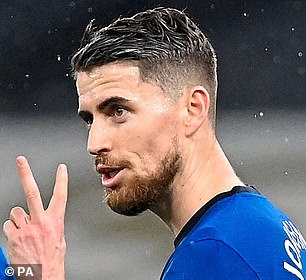 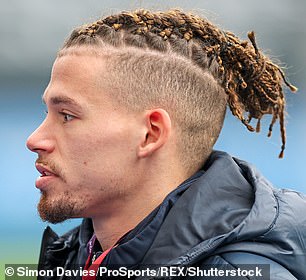 Jorginho has seen plenty of Chelsea cuts, and Kalvin Phillips is rarely undercut on the pitch

Actions such as Joelinton’s undermine all the great efforts. They also promote the narrative that footballers see the rules as not applying to them.

The hairdressers themselves are also frustrated. Richard Lambert, chief executive of the National Hair & Beauty Federation, wrote an open letter to the football authorities to urge players and hairdressers to stick to the rules, adding: ‘If someone gets their hair cut by a hairdresser who is breaking the rules then the hairdresser is equally as responsible.’

A player’s image is big business. Yet while he may now look the part, the image Joelinton portrayed is not one to be proud of. 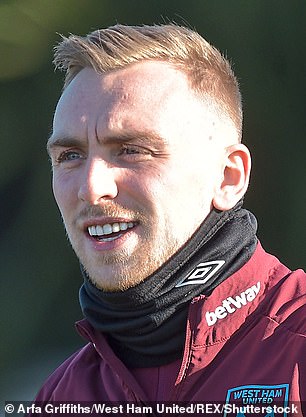 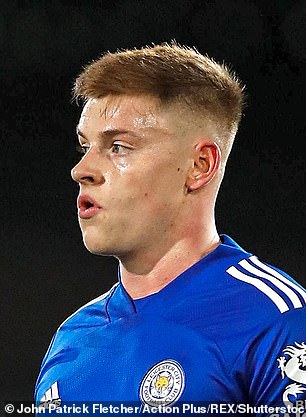