Willian is expected to join Arsenal in the coming weeks with the Chelsea star out of contract at Stamford Bridge when the season comes to an end. The Brazilian was offered a new two-year deal at Stamford Bridge but this was rejected by the player and his representatives.

Instead, Willian is demanding a three-year contract and a pay rise but the Blues are refusing to break their unwritten rule of offering long-term contracts to ageing players.

The 31-year-old therefore looks set to join Arsenal with the Gunners reportedly keen on offering the winger a three-year deal worth £100,000-a-week.

A transfer across London would bring to an end Willian’s seven-year stay at Stamford Bridge, during which he has scored 63 goals and provided 65 assists in 343 appearances.

The attacker has won two Premier League titles with Chelsea, as well as the FA Cup ad Europa League, but his career could have taken a very different if he had joined Liverpool instead. 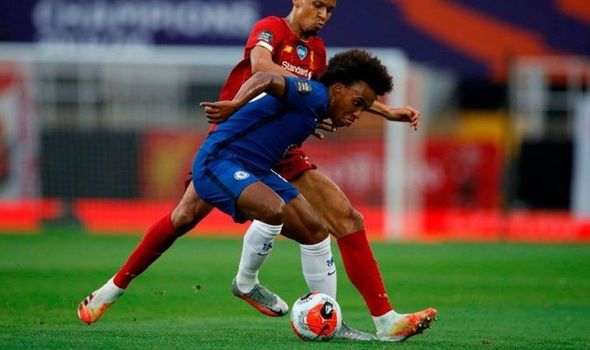 Willian had looked certain to join Tottenham before a shock change of heart saw him move from Anzhi Makhachkala to Chelsea in 2013, but he was also attracting attention from Anfield.

And legendary captain Steven Gerrard was handed the task of convincing Willian to pitch up in Liverpool, although a lack of regular Champions League football scuppered his efforts.

Writing in his autobiography, recounted by The Athletic, Gerrard revealed: “I followed the usual routine when approaching a star player we wanted to sign.

“Instead of calling him directly I always sent a text. It seemed more respectful and allowed the player to read my message at a time when it suited him best. A cold call felt wrong.

“I slipped into the groove with Willian. I said hello and hoped he didn’t mind me contacting him directly.

“I stressed how much I admired him as a player and then, having mentioned the fact that I knew Liverpool were speaking to his agent, I used the standard line: ‘If you need to chat or ask any questions I’m available at any time.’

“It was the opening move in a familiar game. The reply came in and the same old conversation started. Willian thanked me and he said the usual, along the lines of, ‘I’d love to play with you, Steven, blah-blah-blah, but there are other clubs I need to talk to as well.’

“I knew Spurs and Chelsea were also very keen on Willian. So I answered him and said, of course, I understood the situation. 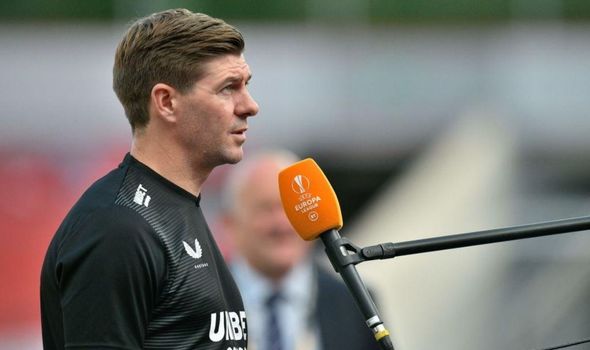 “But I then went in with my sales pitch. ‘I think Liverpool would be a great move for you. The fans are amazing, the history is there and we’re building a good team. You could do something great here – and we’d love to have you.’

“The next text from Willian was so obvious I could have written it for him even before I read it.

“He again said that it would be great to play in the same team as me but, ‘I’m not sure Liverpool can give me the Champions League.’

“There was no disputing it. I could not guarantee Champions League football with Liverpool to Willian or any of the other dozens of players I had contacted over the years.”