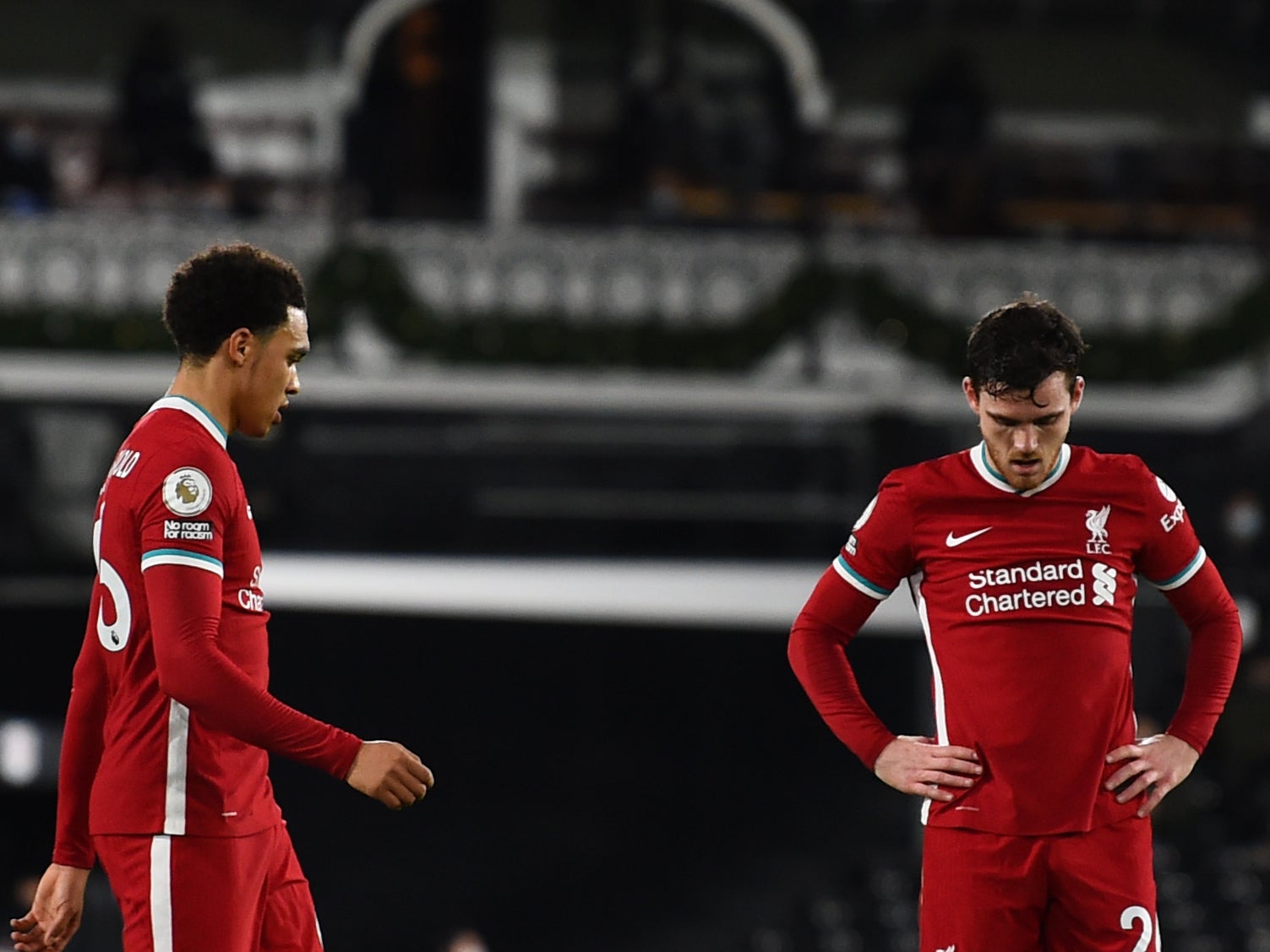 A section of the support still pins their hopes on Naby Keita slotting into the side and adding dynamism to the midfield but the Guinean is in his third season and is still attempting to come to terms with the physicality of the Premier League. Until the 25-year-old can put together an injury-free run it is hard to make a case for him being one of the mainstays of the side.

Klopp is never shy of being bold – few managers would play two midfielders in central defence against Manchester United – but shifting Alexander-Arnold to an advanced role is not on the immediate agenda. Neco Williams, who has filled in at right-back, is not ready for a regular starting role.

If United and Spurs nullify Liverpool’s flank attack, Klopp may need to reassess his approach. He needs to get Alexander-Arnold into the game.

If the wing becomes a dead end for the adventurous right-back, he has the range of skills to excel in the middle of the park.