He was the worst kept secret in European football back in 2011. A teenage defender with height and speed, skilful enough to star at the highest level. He was only 17 years old but the world’s biggest clubs were watching – much to Sir Alex Ferguson’s frustration.

The story of Manchester United’s pursuit of the young Raphael Varane has taken on greater significance one decade on from almost signing him. The defender has won one World Cup and four Champions Leagues since Ferguson jumped on that train to France.

The United legend’s recollection of events in April 2011 is that Zinedine Zidane “scooped him up from under our noses” while chief executive David Gill was going through the finer points of the contract with Lens. In Madrid, a different conversation was happening.

Jose Mourinho was coming towards the end of his first season in the job and found himself confronted with the reality of what Pep Guardiola’s Barcelona had become. The 5-0 defeat in the Nou Camp that November had been chastening. A rebuild was required.

In a meeting to discuss future plans, Zidane, working as a special adviser prior to being announced as the new sporting director that summer, declared that there was a centre-back at Lens who would become better than World Cup-winning captain Laurent Blanc.

The deal was done and the process of making that happen began. Varane scored on his home debut that September but was eased in slowly as Mourinho brought the title back to the Spanish capital. It was seen as a learning year for the young defender.

Despite Mourinho’s reputation for favouring experience, his final season saw him lean on the youngest centre-back partnership of any major club in Europe. Varane’s relationship with Sergio Ramos was the foundation of Madrid’s success for the rest of the decade.

Karanka was a key figure at Madrid in Mourinho’s time there, not only his assistant but much more than that. He was a conduit between the combustible coach and a club where he had been part of three Champions League wins during his five years there as a player.

He remembers the Varane who arrived.

“He was young lad back then,” Karanka tells Sky Sports. “But even as a young lad you could see that he had very clear ideas about the game. He was very intelligent. He also had some really good people around him and he was well advised by his family.

“He obviously struck me as a very good player but what stood out was that intelligence and the fact that he was someone who just wanted to learn more every day.” 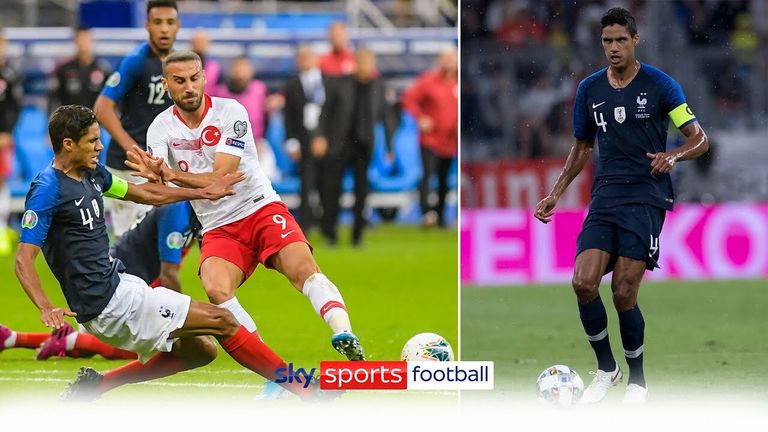 For all his vast potential, there was a lot to learn. Varane had been thrust into the spotlight at the world’s biggest club in a role rife with difficulty. Marca once described being a Real Madrid centre-back as ‘a risky job ever since football first began’ – for obvious reasons.

Expected to dominate the opposition, defenders must stay high, leaving wide open spaces behind them. That demands speed. They are targeted with long balls and set pieces into the box, with opponents aware that is their best chance of a goal. That demands strength.

Madrid centre-backs must be able to play but they must also be robust. As a teenager, Varane had yet to fill out when he first turned up at the club’s Valdebebas training ground. Mourinho soon put him on an individual fitness programme to prepare him for the job.

Varane gained nine pounds in muscle mass during that first year in Spain. But that was just one aspect of it. He had to improve tactically too. That is where Karanka came in, working on Varane’s movement and anticipation in order to position himself to clear the ball.

“We would often stay behind after training to work on things,” says Karanka. “Given that I played in the same position as him, I worked with him individually and he asked me for advice. Just like all of the players managed by Jose, he learned something new every day.” 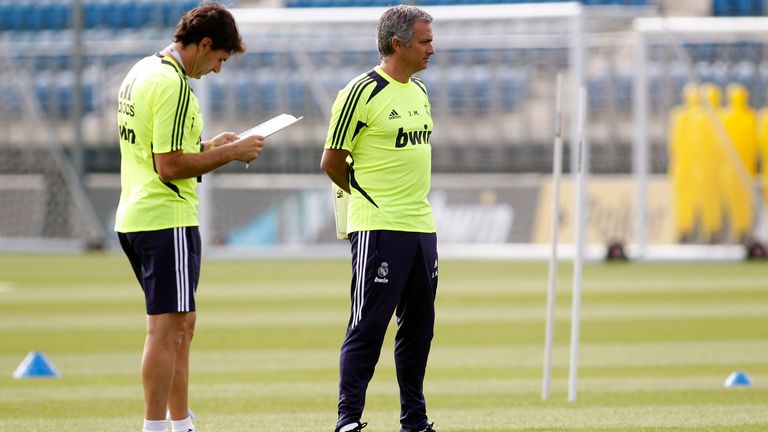 It was the humility to be willing to make those improvements that stood out for Karanka. “His personality was all about always knowing what he wanted and aiming to progress,” he adds. That progress was swift. Varane won over the fans quickly.

One game that stood out for Karanka was the Copa del Rey semi-final against Barcelona in January 2013. Eighteen months into his Madrid career, Varane had yet to be on the losing side in La Liga but his team were one down at home when he scored the equaliser.

Karanka singled him out for praise in the press conference and Varane went on to score as Madrid won the second leg in the Nou Camp. They were beaten in the final as Mourinho’s reign ended in acrimony but Varane did not have to wait long for the big trophies.

The first season following Mourinho’s exit brought the club’s first Champions League win in a dozen years – La Decima – and there were three more when Zidane took over as coach. The last of them in 2018 was soon followed by the World Cup win with France.

Varane had completed football at 25. He moves on three years later having achieved all that he could in Madrid. It is the right time for fresh targets and the Premier League will have its own challenges. But Karanka is convinced that he will succeed at Old Trafford.

“There is no question that he is a great signing,” he says.

“He has got everything you need to succeed at Manchester United. It is a new challenge for him and he is at an ideal age. Even after having won everything that he has, knowing him as I do, he will be really motivated to keep on lifting trophies and progressing.”

Ten years ago, he was a prospect.