Monaco and Lyon saw an astonishing five players sent off between them in a topsy-turvy, ill-tempered match which saw visitors Lyon steal the three points late on at the Stade Louis II on Sunday.

Lyon’s Mattia De Sciglio and Marcelo plus Monaco’s Pietro Pellegri and Willem Geubbels were all shown 96th-minute reds after a huge, uncontrollable on-pitch brawl broke out, while Lyon’s Maxence Caqueret was sent off with 20 minutes left.

The full-on fracas showed players and staff from both sides intervening on the pitch, with the violence doing a disservice to a fine match between two strong sides. 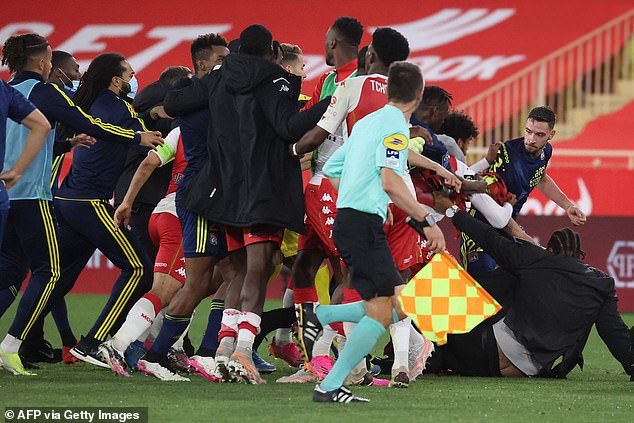 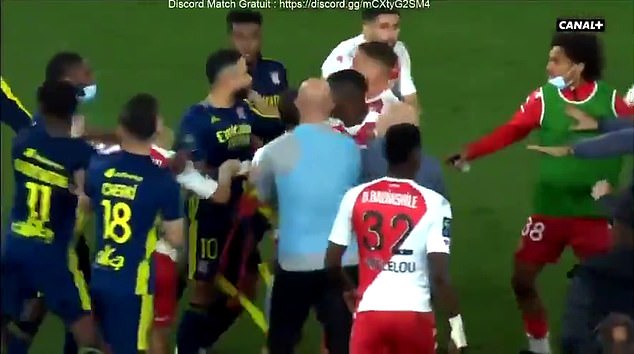 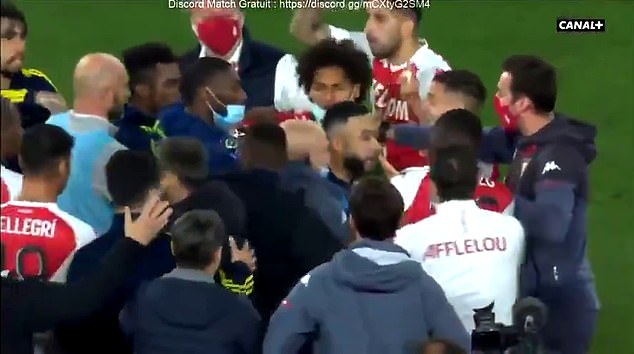 Talented teenager Cherki, 17, found the back of the net in the last minute to add to goals by Memphis Depay and Marcelo, putting fourth-placed Lyon on 70 points with three games left.

Monaco, who had opened the scoring through Kevin Volland and levelled for 2-2 in the 86th courtesy of a Wissam Ben Yedder penalty, are one point ahead in third place. 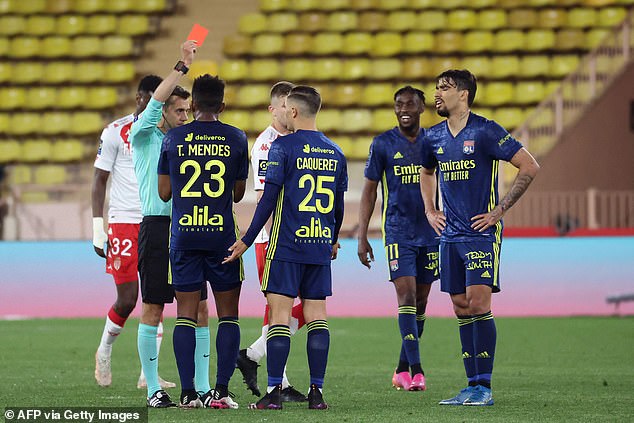 They now trail leaders Lille by five points and second-placed Paris Saint-Germain by four after both won their respective games on Saturday.

Monaco took the lead when Volland was played through by Ben Yedder and he sped past Jason Denayer to fire home from close range in the 25th minute.

The German striker came close to doubling the advantage after being set up again by Ben Yedder, but his volley flew just over the bar four minutes before the break. 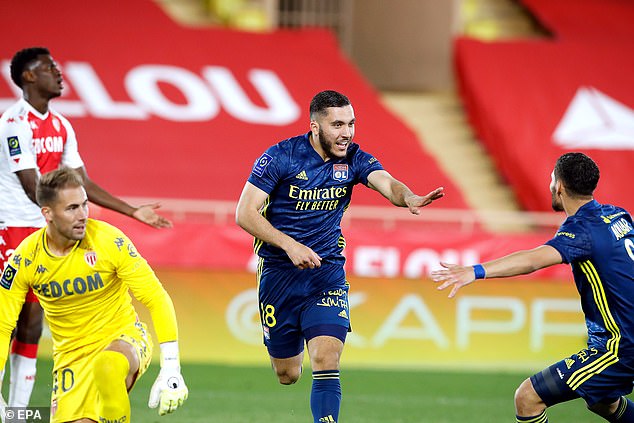 Lyon levelled 12 minutes into the second half as Depay slalomed through three Monaco players before finding the back of the net with a 20-metre shot that was slightly deflected by Guillermo Maripan for his 19th league goal this season.

The visitors then found themselves down to 10 men when Caqueret picked up a second yellow card for a brutal challenge on Aurelien Tchouameni on 70 minutes.

They went ahead, however, seven minutes later with Marcelo heading home from Depay’s free kick from the right.

Ben Yedder then converted a penalty that was awarded by referee Clement Turpin following a VAR review after keeper Anthony Lopes had fouled Pietro Pellegri.

But Lyon did not give up and Cherki, one minute after coming on for Thiago Mendes, beat Benjamin Lecomte from inside the box with his first shot.

Get French Football News said on Twitter: ‘Huge fight breaking out after the final whistle between both sets of players!

‘Pietro Pellegri, Thiago Mendes and Wissam Ben Yedder seemingly at the heart of it. Sinaly Diomandé, one of the youngest on the pitch, ironically the mature one breaking things up.’