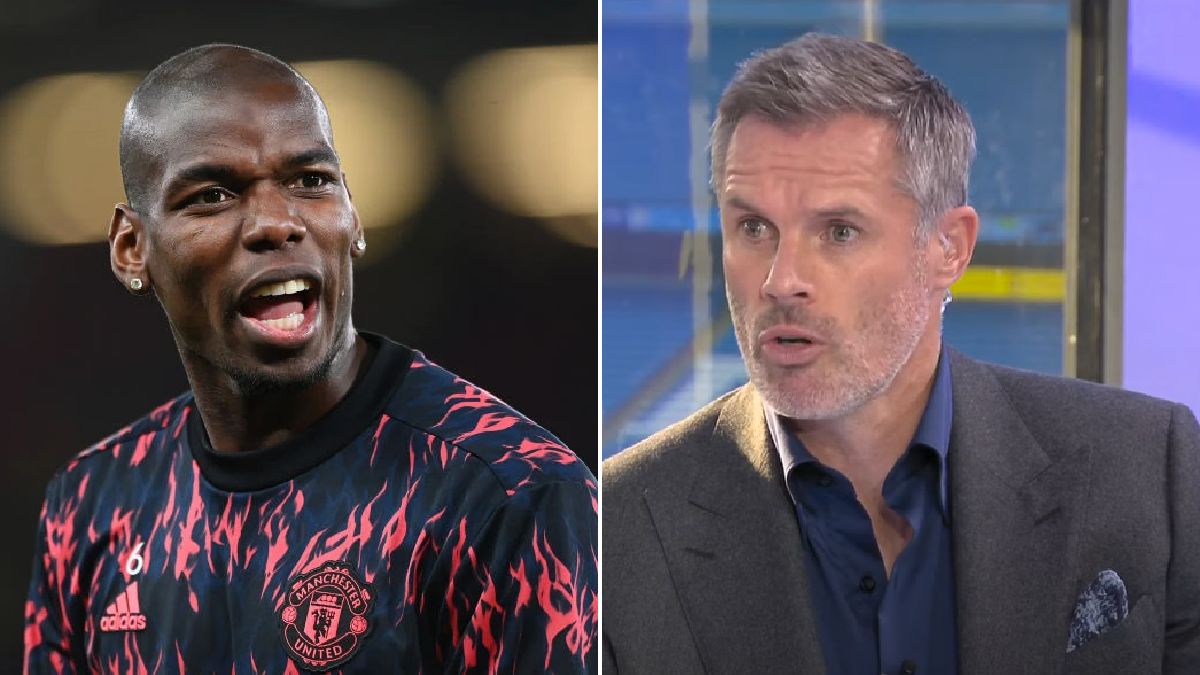 Jamie Carragher believes Manchester City would be making a big mistake if they sign Paul Pogba on a free transfer and has hit out at the Manchester United contract rebel’s lack of work ethic.

The France international is set to leave Old Trafford at the end of the season when his contract expires and has emerged as a shock target for Pep Guardiola, who is keen to add a world-class midfielder to his squad.

While Sky Sports pundits Jamie Redknapp and Micah Richards described the move as a ‘no-brainer’, Carragher feels Pogba’s questionable work rate and discipline makes him a poor fit for Guardiola’s team and was overwhelming against the signing.

‘I wouldn’t go anywhere near him. [City] win the league every year, they get 95-100 points every year. He doesn’t work hard enough or as much as the other players,’ said Carragher on Sky Sports.

‘If Pep could get that out of him, fantastic, there’s no doubt in his ability – no-one has ever doubted it.

‘But when you see the players City have, the creative players, Phil Foden coming on, Bernardo Silva, these type of players who are brilliant players and don’t stop working, don’t stop running from minute one to minute 90. That’s what makes City what they are, they’re a great team, brilliant manager, great individuals.’

When it was suggested Pogba might work harder under Guardiola, Carragher continued: ‘So he just starts now? Why wasn’t he doing it for Manchester United?

‘Are we agreeing that he doesn’t work hard enough? We’re talking about a player that doesn’t give 100 per cent.

‘That’s a massive problem for me. The manager demands that I work hard, so if a manager doesn’t demand that I work hard I therefore don’t work hard as a player? I can’t get my head around that. I played for five or six different managers at Liverpool, it didn’t matter who the manager was in terms of being committed every week.

‘Paul Pogba when you see him in a France shirt, or at times for Manchester United, unbelievable quality and does special things at different times. But we’re six years in – or however long it’s been – and we’re still talking about his best position, who can get the best out of him… come on.

Afcon final: Sadio Mane believes Senegal’s experience will give them the edge against Egypt