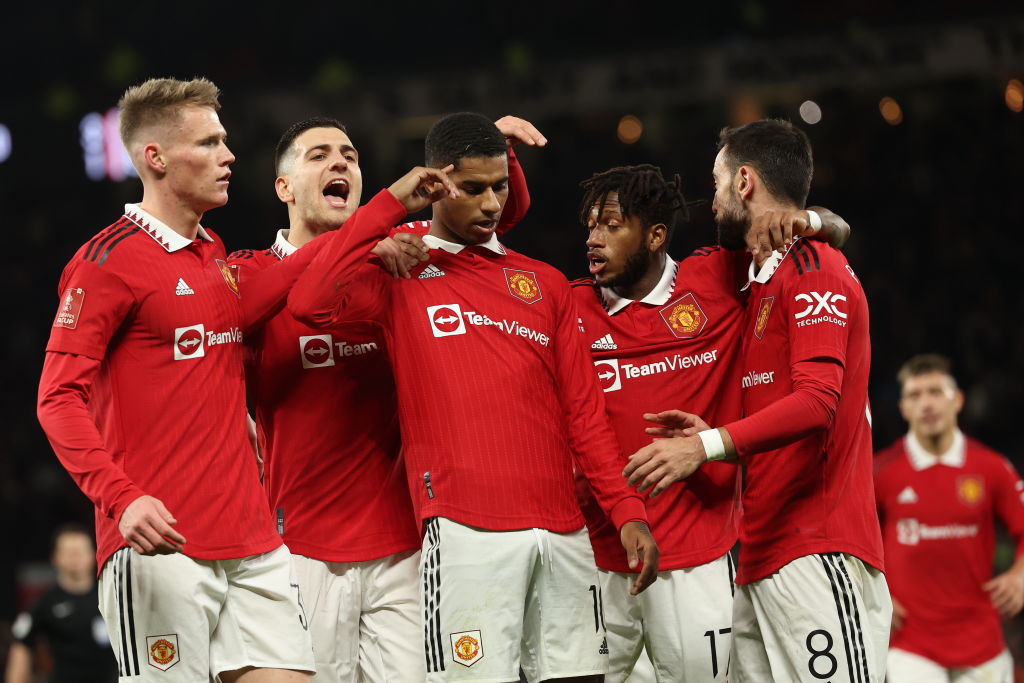 Ian Wright and Roy Keane lauded Manchester United striker Marcus Rashford after he scored once again in the FA Cup win over Everton.

Rashford grabbed the third goal as United cruised to a 3-1 victory over Frank Lampard’s Toffees at Old Trafford to book their place in the fourth round.

The England international has become the first United player to score in seven consecutive home appearances in all competitions since Wayne Rooney in 2012.

Rashford has been in superb form throughout the season but particularly since the 2022-23 campaign restarted following the conclusion of the World Cup in Qatar, registering five goals and two assists across just five games.

The 25-year-old has 12 goals and four assists across 23 matches for United this term in total.

‘He is in a different frame of mind,’ Wright told ITV about Rashford after the victory over Everton.

‘The manager has come in [this summer] and is playing a brand of football that suits him.

7 – Marcus Rashford is the first Manchester United player to score in seven consecutive home appearances in all competitions since Wayne Rooney between February and April 2012. Theatre. pic.twitter.com/dJU5Z2TRCp

‘He knows exactly what he is doing. He’s had a break and he’s fit. The club is starting to turn a corner in terms of where they are going. He is one of the main reasons behind what they are doing.’

United legend Keane added: ‘The beauty of tonight, is that is what I expect from him.

‘I’m not surprised by his performance tonight. He is becoming one of main players for Manchester United. Can he get them back to competing for trophies?

‘He is taking responsibility. I expect goals and assists from him every week now, he is obviously playing with confidence.

‘He is going to go past you in one-on-one situations. You can’t be too critical of the Everton defenders.’

United return to action with a Carabao Cup quarter-final against League One side Charlton on Tuesday before they face Manchester City in the Premier League on January 14.

City face Perth as the shadow of Fornaroli still lingers

Barcelona confirm they have held meeting with Rudiger's agent