Ian Wright has urged Frank Lampard’s Everton to fight to keep hold of Anthony Gordon over the coming days as the Toffees are “going to need everything they have” in order to stay in the Premier League this season. The winger is the subject of a reported £60million bid from Chelsea and could well be sold before Thursday’s transfer deadline, with Everton understood to be weighing up the offer.

Despite incessant speculation surrounding his future, Gordon blocked out the noise to play a crucial role in Everton’s 1-1 draw with Brentford on Saturday. The 21-year-old struck the opener for Lampard’s side in what could well turn out to be his final appearance for the Toffees.

Having rejected several offers from Chelsea for the England Under-21 international, Everton are now understood to be weighing up the Blues’ latest offer, thought to be worth a whopping £60m, according to football.london. Gordon himself is believed to be eager to move on to pastures new, but with just days remaining in the summer transfer window, the Toffees are reluctant to lose one of their prized assets.

According to Wright, the Merseyside club must do all they can to retain Gordon’s services this week, with the ex-Arsenal striker expressing his fears that losing the winger could have costly consequences. Wright said on BBC’s Match of the Day: “[His goal] probably should make Everton more determined to keep him. Because judging by what they have got at the moment, they are going to need everything they have because they look like they were holding on, very much so.” 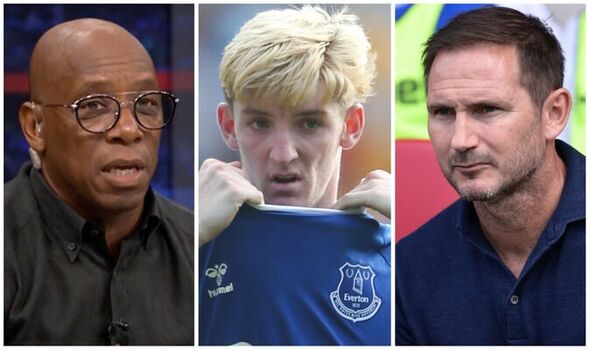 Following the match, Gordon appeared to be saying his farewells to the club’s fans, but it remains to be seen whether his gestures were intended in that way and whether he will indeed complete an expected move away this week. Everton are thought to harbour concerns that they won’t have enough time to replace Gordon should they accept an offer for the attacker this late on in the current window.

Last week, Lampard declared he felt the winger was “in the same bracket” as the likes of Mason Mount and claimed he felt the youngster could go on to command a transfer fee in excess of £100m. He said: “I have been fortunate enough to work with fantastic young players in my time at Derby and Chelsea seen them develop and become Champions League winners and worth maybe triple figures. Anthony is in that bracket. He is ours, an Everton boy and the crowd relate to him.” 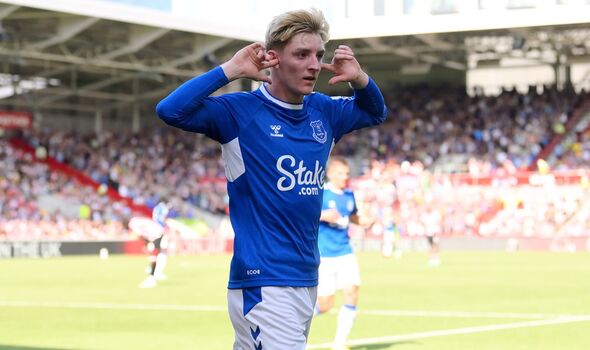 After Gordon then played an integral role in the Toffees’ 1-1 stalemate with Brentford on Saturday, Lampard praised Gordon for holding his nerve and remaining focused despite all the uncertainty currently surrounding his future. The Everton boss said: “Anthony made a great run, it was great timing, a great pass. I thought his composure was great. The next step for Anthony is in front of goal, we work and talk about it a lot, and he showed great composure.

“He waited, took another touch and then finished, and I’m delighted for him. I thought his all-round performance was great. There is pressure on him, it’s normal, he’s a boy, people are talking about him, and I thought he handled it brilliantly.”

Calvert-Lewin once again shows off his experimental fashion choices

Soccer is not immune to the wider world, will be affected: Pehlivanis