Three tears for Inter Milan: Mauro Icardi’s wife Wanda Nara in floods after watching him crash out of Champions League on night Spurs sneak through

The pain of Inter Milan missing out the Champions League knockout rounds was plain to see after the final whistle on Tuesday night.

The emotions spilled over at the San Siro after Inter were held to a draw against PSV Eindhoven, with Mauro Icardi’s wife, Wanda Nara, visibly distraught in the stands.

Wanda’s husband had earlier scored against the Dutch outfit and it looked to have been enough to see them through. 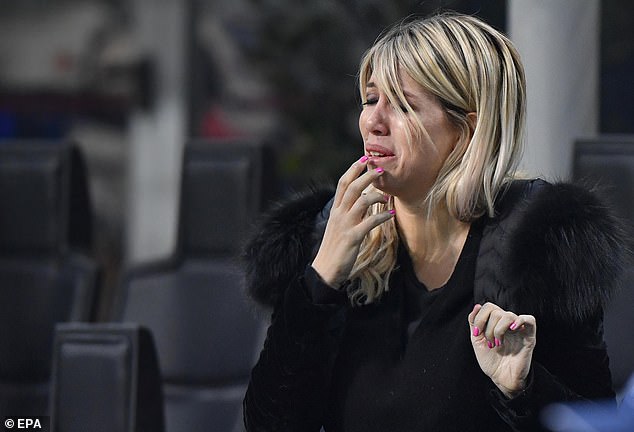 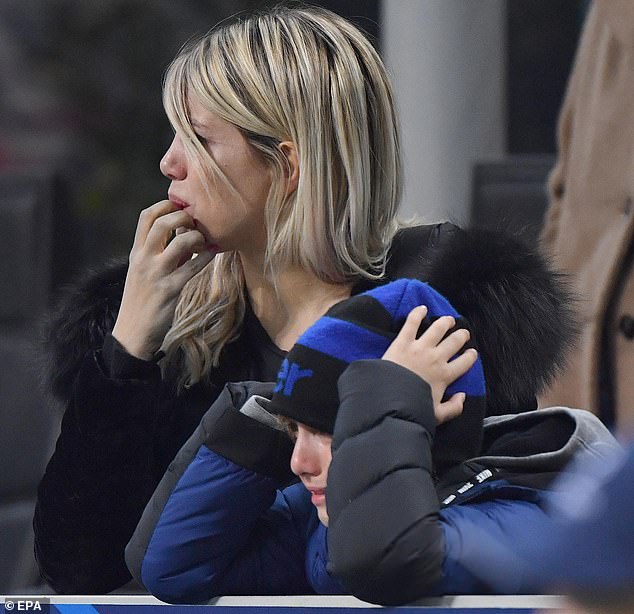 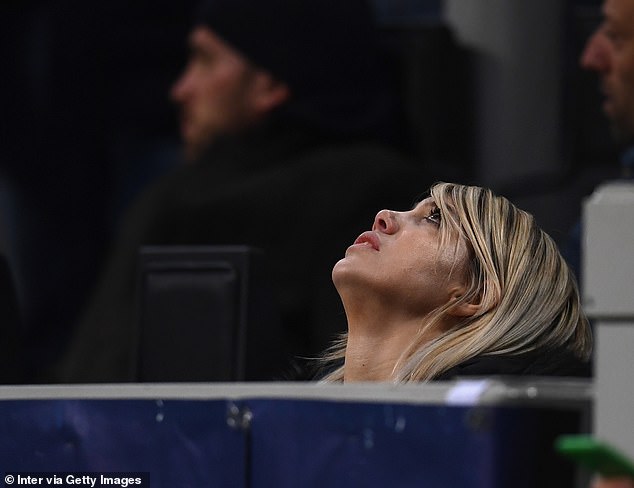 But Tottenham pulled out all the stops at the Nou Camp to come away with a hard-fought draw against Barcelona, which condemned Inter to third place in Group B.

Wanda has deep-rooted ties in Italian football, having previously been married to Maxi Lopez, formerly of Sampdoria, AC Milan, Catania and Napoli.

And since marrying Icardi, she has become the striker’s agent and recently claimed he is as good as five-time Ballon d’Or winner Cristiano Ronaldo.

‘Icardi is on a par with Ronaldo,’ Wanda said last month. ‘He played three games fewer than CR7 (which is why he has fewer goals).

‘I’d like to see Ronaldo on the bench against Genoa (in November). Mauro didn’t play against them and he could have scored five goals.’

Icardi, who has 12 goals in 18 games this season, has been heavily linked with moves to Chelsea and Real Madrid. 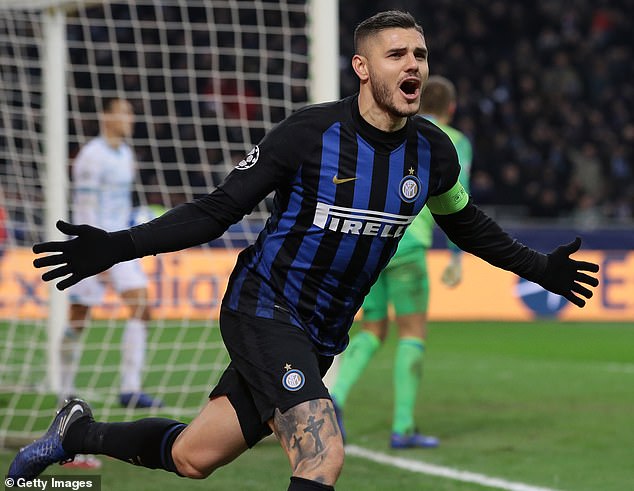 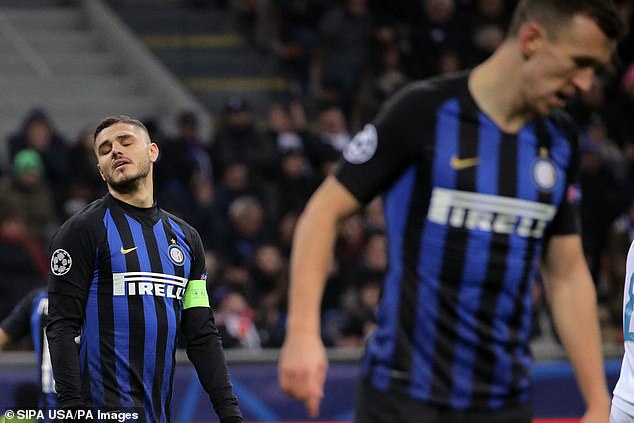 However, owing to Tottenham’s draw against Barcelona, Inter finished third in the group 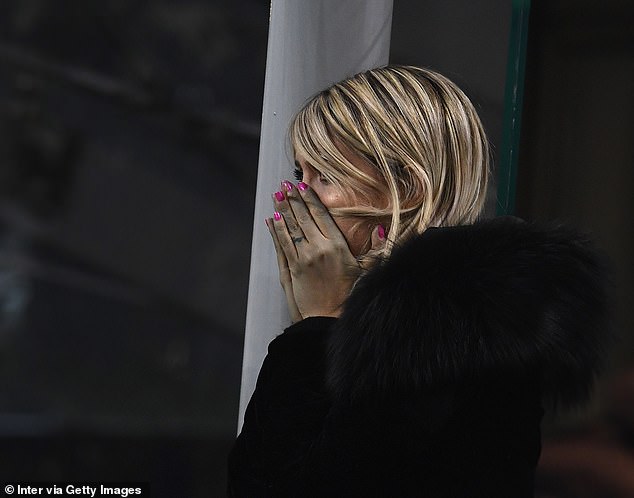 Wanda watched on from the sidelines, barely being able to watch, as the game drew to an end 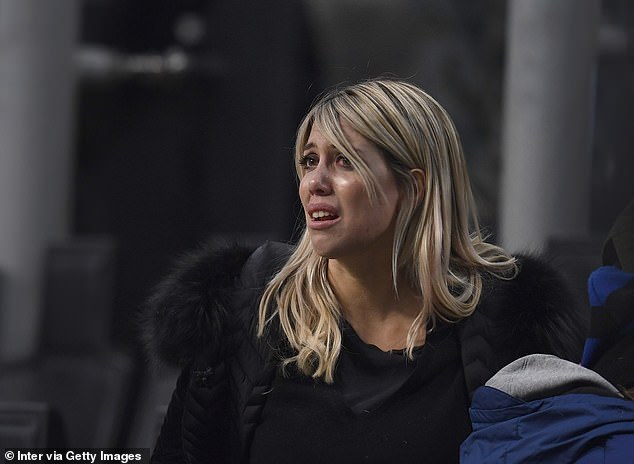