The West African country announced their official 26-man list on Friday morning for the Qatar tournament which begins later this month.

And Bayern Munich star Mane, 30, his country’s best player, is among the players travelling to the Middle East – the day after FIFA secretary general Fatma Samoura said the country would use witch doctors to help him get to the competition. 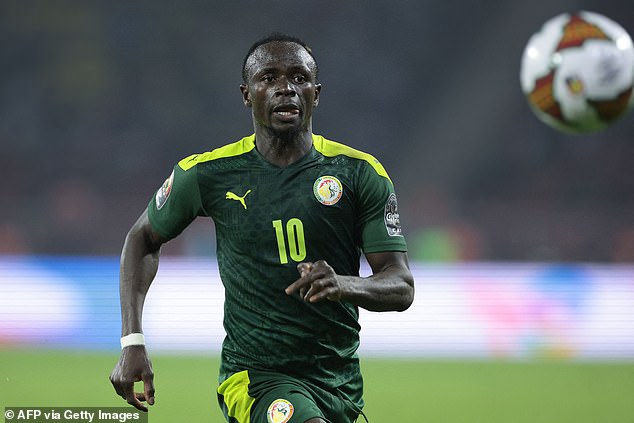 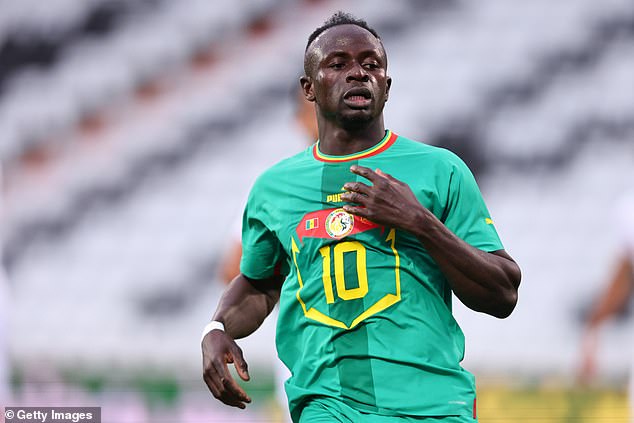 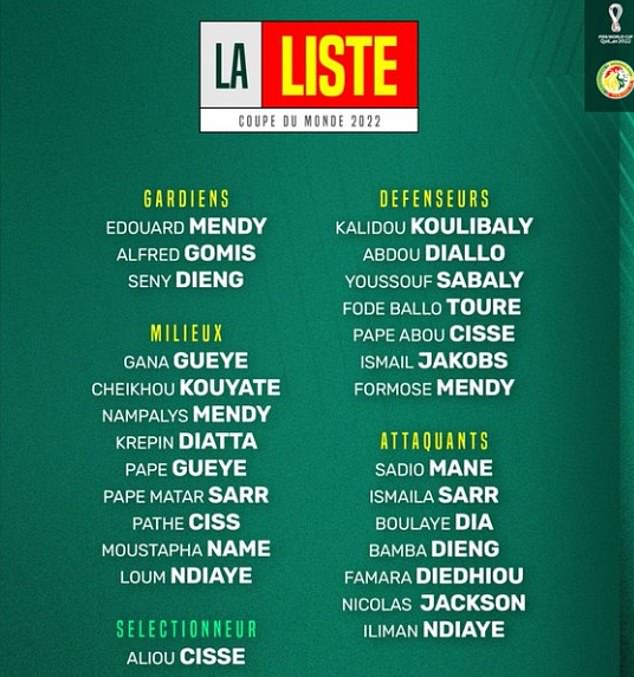 Pictured: The Lions of Teranga’s list for the World Cup, which begins in Qatar on November 20

Mane limped off after 20 minutes during a 6-1 Bundesliga win against Werder Bremen on Tuesday, with Bayern manager Julian Nagelsmann confirming the 30-year-old would have an X-ray to assess the damage.

It was then reported by French outlet L’Equipe that the injury was serious enough to keep the player out of the tournament in a huge blow to the Africa Cup of Nations champions.

But it seems Senegal are happy to give up a slot in their squad in the hope Mane, who finished second in this year’s Ballon d’Or voting behind Karim Benzema,  can recover in time to feature in some part of the World Cup. 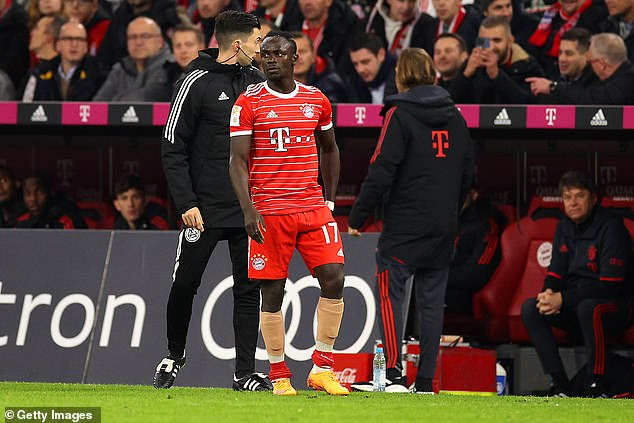 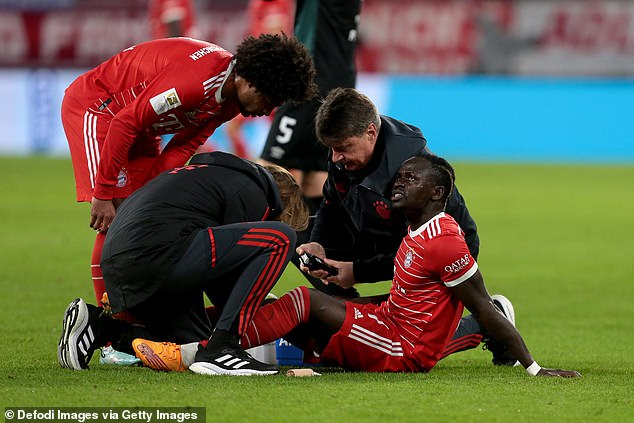 On Thursday, Samoura the No 2 at world football’s governing body, said the country will go to extreme methods to ensure he is present, admitting they are not even sure if the unorthodox technique will work but that they are hoping for ‘miracles’.

‘We are going to use witch doctors,’ she told Europe 1. ‘I don’t know (if they’re effective) but in this instance, we’re going to use them anyway. We are hoping for miracles. He has to be there!’

Mane was diagnosed with an injury to his right fibula, with Bayern – who have ruled him out of Saturday’s match against Schalke, the last match before the World Cup – said he would undergo further tests in the coming days.

The Senegal team doctor, Manuel Afonso, has flown to Munich to assess the extent of Mane’s injury.

Mane, the two-time African player of the year, is pivotal to the African champions’ hopes of progressing to the knockout stages.

Senegal President Macky Sall on Wednesday tweeted: ‘Sadio, I wish you a speedy recovery. Sadio, heart of a Lion! All my heart is with you!’

Augustin Senghor, president of the Senegalese football federation, said: ‘We cross our fingers, we have been worried since we received the news.’

If Mane did miss out on the World Cup, his absence would be felt massively in the Senegal camp. The ex-Liverpool man has picked up 93 caps for his country and scored 34 times.

He was instrumental for the team on their way to winning this year’s Africa Cup of Nations as they beat Egypt on penalties in the final, having scored four goals during the tournament.

Mane – who joined Bayern from Liverpool for £35million in the summer – has been excelling for his club during his first season in Germany. He’s scored 11 goals in 23 appearances in all competitions, as well as recording four assists.

The Lions of Teranga begin their tournament on November 21 against Holland, before taking on hosts Qatar and Ecuador in Group A.