Inter Milan made it seven Serie A wins in a row with a 5-0 rout of mid-table Genoa at the San Siro.

Roberto Gagliardini and Joao Mario, who previously out of favour this season, were the stars – Gagliardini scored twice, while former West Ham loanee Mario set up three goals and scored one himself.

The win means Inter leaped back above Napoli into second place on goal difference. Both sides have 25 points from 11 games after Napoli beat Empoli 5-1 on Friday night. 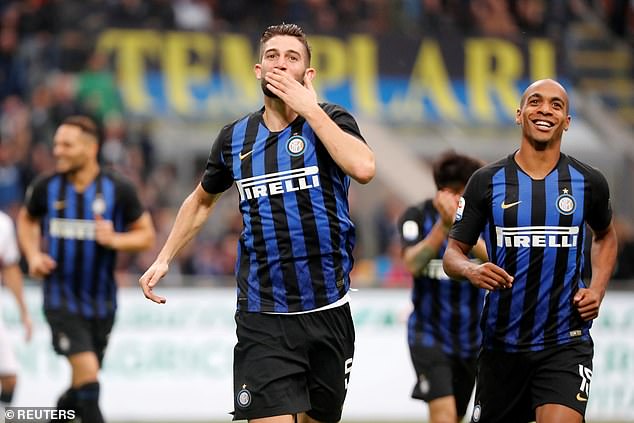 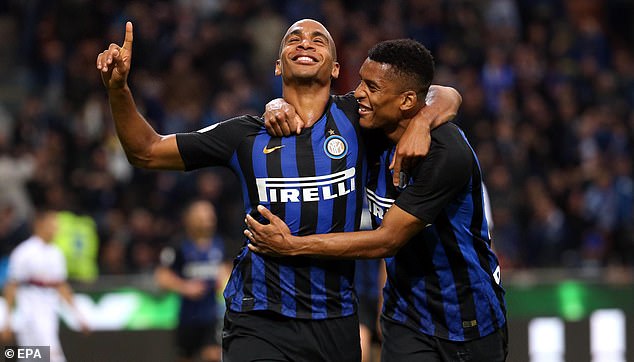 Joao Mario was superb for Inter against Genoa, notching three assists and scoring once

Inter are three points behind leaders Juventus, who host Cagliari later on Saturday.

Inter took the lead when Mario’s pass was swept home by Gagliardini in the 14th minute and two minutes later the Portuguese Euro 2016 winner produced a through ball for Matteo Politano to poke a left-foot shot past keeper Ionut Radu.

Genoa had given AC Milan plenty of problems when they lost 2-1 at the same stadium on Wednesday but were totally overrun by Inter who increased their lead three minutes after half-time. 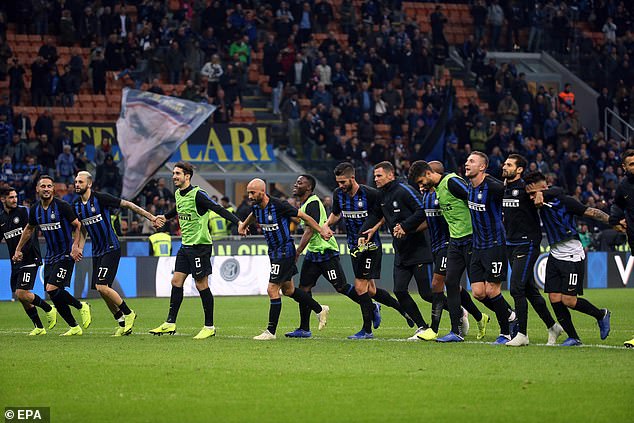 Radu managed to save an Ivan Perisic shot at point-blank range but Gagliardini was on hand to turn in the rebound.

Mario then capped a fine display when he scored with low shot from the edge of the area in stoppage time and provided a cross for Radja Nainggolan to head home the fifth with the very last move of the match.

Inter’s attention now turns to the Champions League and the small matter of a home game with Barcelona on Tuesday, before they visit Atalanta in Serie A next weekend.