Inter Milan have appointed 26-year-old Steven Zhang as their new president, the Serie A club said on Friday.

Zhang, who becomes the 21st president in the club’s history, is the son of Zhang Jindong, chairman of China’s electronics retailer Suning Holdings Group which bought a majority stake in the club in 2016.

He has been on the board of directors for the last two years and has effectively been responsible for the day-to-day running of the club. 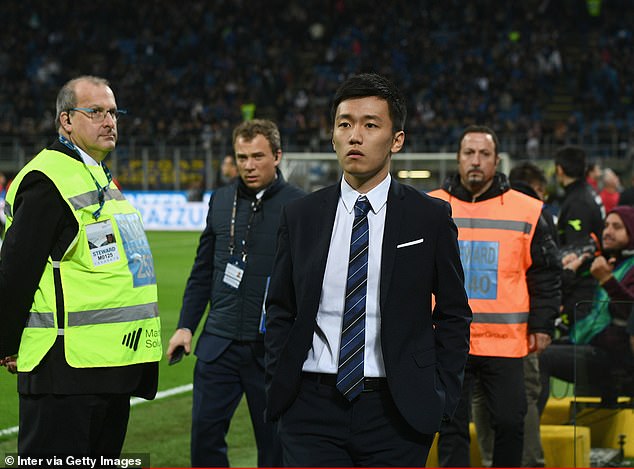 Inter announced the appointment by posting a video on social media

‘The club, its people and the city have been waiting for you,’ it said. ‘Welcome, President Zhang.’

‘When I close my eyes, I see a city with so much history and more to be written’, said Zhang in the video.

‘People with ideas, with the will to improve what’s around them and themselves. 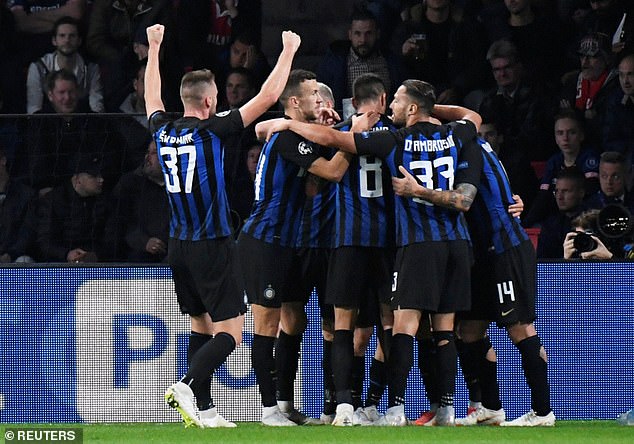 Inter Milan are currently in third place in Serie A, six points behind leaders Juventus

‘A club that plays beyond the field to win the hearts of everyone. But then I open my eyes and see that all this is already here. I’m ready, are you?’

Zhang will replace Indonesian Erick Thohir who has been president for the last five years.

Inter are currently in third place in Serie A, six points adrift of leaders Juventus.

Meanwhile, Luciano Spalletti’s side are in second place in their Champions League group following the 2-0 defeat away to Barcelona on Wednesday.

They return to league action on Monday night with an away game against Lazio.