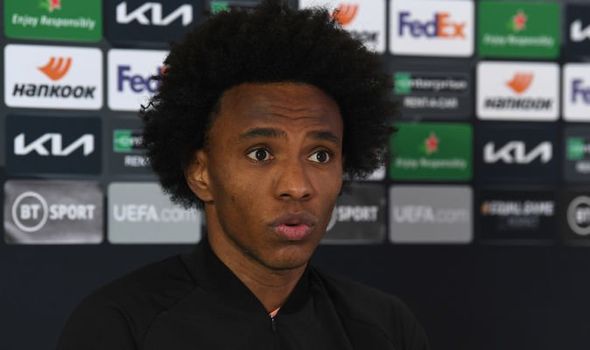 Willian has revealed he is too scared to look at his phone at times for fear of racial abuse. The Arsenal star’s admission came hours after Liverpool’s Trent Alexander-Arnold, Naby Keita and Sadio Mane became the latest Premier League players targeted by social media trolls.

Both were sent racist emojis on Instagram ahead of the Real Madrid game on Tuesday night in an attack labelled by the club as “abhorrent” and “utterly unacceptable”.

And after seeing his family attacked online, Willian has again called for the social media platforms to take more responsibility for their output.

“Does it frighten me to look at my phone? Yes, sometimes, to be honest,” Willian said.

“We are human. I want to understand who these people think they are to come to speak like that to us.

“It’s really affects me when they say about my family. If they want to criticise me, it’s no problem, I always accept that. 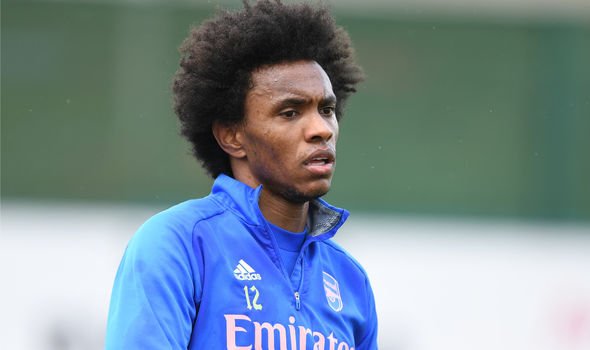 “But when they come to attack your family with those words that I cannot say here, that hurts. That really affects me. It’s a big problem.

“I think we have to find a way to change the profile of social media. I think people want to have Instagram, Twitter, Facebook, they need to put their ID, passport or whatever.”

The rise of online abuse has coincided with a number of on-field racist incidents recently.

However, his provisional one-match ban for allegedly racially abusing Rangers’ Glen Kamara in the previous round has been described as an “insult”.

But Willian feels Arsenal’s players have to put their faith in Swedish referee Andreas Ekberg to keep control.

“Of course I trust the authorities,” Willian said. “We know their team is really aggressive without the ball and they play really good football, so we have to focus on the game and leave everything else for the authorities.”

Arsenal legend Thierry Henry recently quit social media and called upon the various platforms of Twitter, Facebook and Instagram to do more to combat the widespread problem.

Liverpool’s statement in reaction to the abuse Alexander-Arnold, Keita and Mane were subjected to meanwhile read: “Once again we are sadly discussing abhorrent racial abuse the morning after a football game.

“It is utterly unacceptable and it has to stop. LFC condemns all forms of discrimination and we continue to work with our inclusion partners through our Red Together initiative to campaign against it.

“As a club, we will offer our players any and all support that they may require.

“We will also work with the relevant authorities to identify and, if possible, prosecute those responsible.

“We know that this will not be enough until the strongest possible preventative measures are taken by social media platforms and the regulatory bodies which govern them.

“The current situation cannot be allowed to continue and it is incumbent on all of us to ensure that it does not.”

Callum Robinson was also abused on social media after West Brom beat Chelsea 5-2 at the weekend with the West Midlands Police vowing to “pursue the offenders with vigour”.

Who makes Sportmail's 2019-20Bundesliga team of the Season so far?

‘We can improve’: Jurgen Klopp looking for more from Liverpool