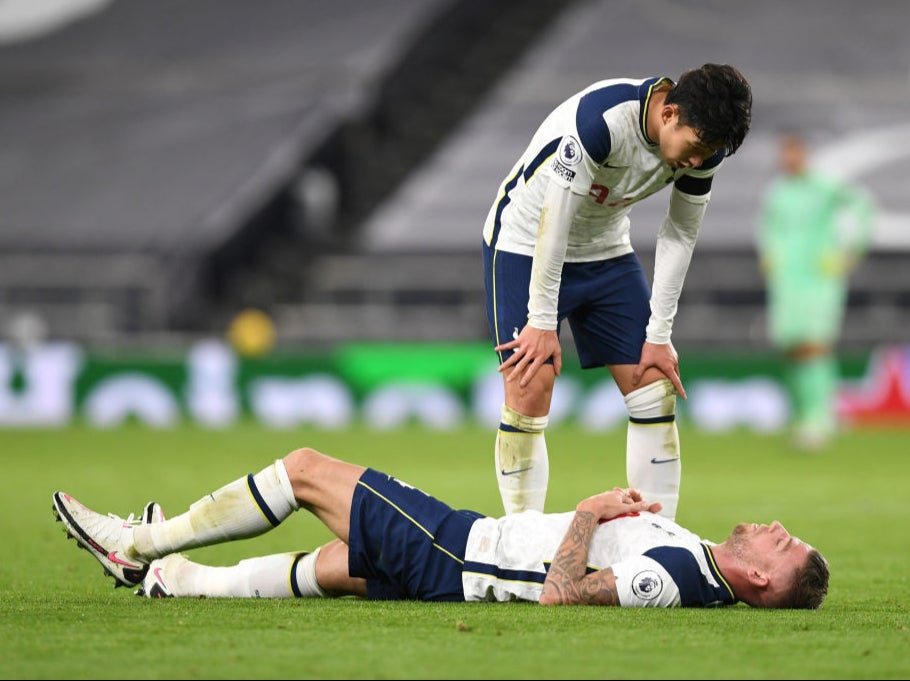 “In the Premier League we have three centre-backs, in the Europa League we don’t have Joe Rodon, we only have two, but that’s the way it is.

“We don’t have anybody to blame. He played in the international matches that the team needed to win to qualify for the final four (of the Nations League). With us he’s playing so well we decided to play him rather than rest him.

“There’s nobody to blame, just to recover as soon as possible.”

October signing Rodon made his first appearance at the Tottenham Hotspur Stadium when he was introduced in place of Alderweireld and could now be in line for his full debut at Chelsea next Sunday.

The young Welsh centre-back signed for Spurs after they had registered their squad for the Europa League, which means Davinson Sanchez is set to come in for their Group J fixture at home to Ludogorets on Thursday.

Another alternative for Mourinho going forward is academy graduate Japhet Tanganga, who is building up his fitness after a stop-start campaign, while left-back Ben Davies has regularly played more centrally for Wales.

Ex-Swansea ace Rodon appears likely to partner Eric Dier in defence though and will aim to fill the void left by Alderweireld, who has helped Tottenham concede only once in their last four league games.

The 57-year-old added: “He is fantastic and he very much represents the spirit of the team. Then you look to the other guys.

“(Steven) Bergwijn wasn’t ill, he was dying. Sonny the same, then Lucas (Moura) comes and does the same. You go until the right-back and everybody has in this moment that spirit.

“We are going to lose matches, draw matches, play badly but if we manage this spirit to be the DNA of the team we are closer to doing good things.”