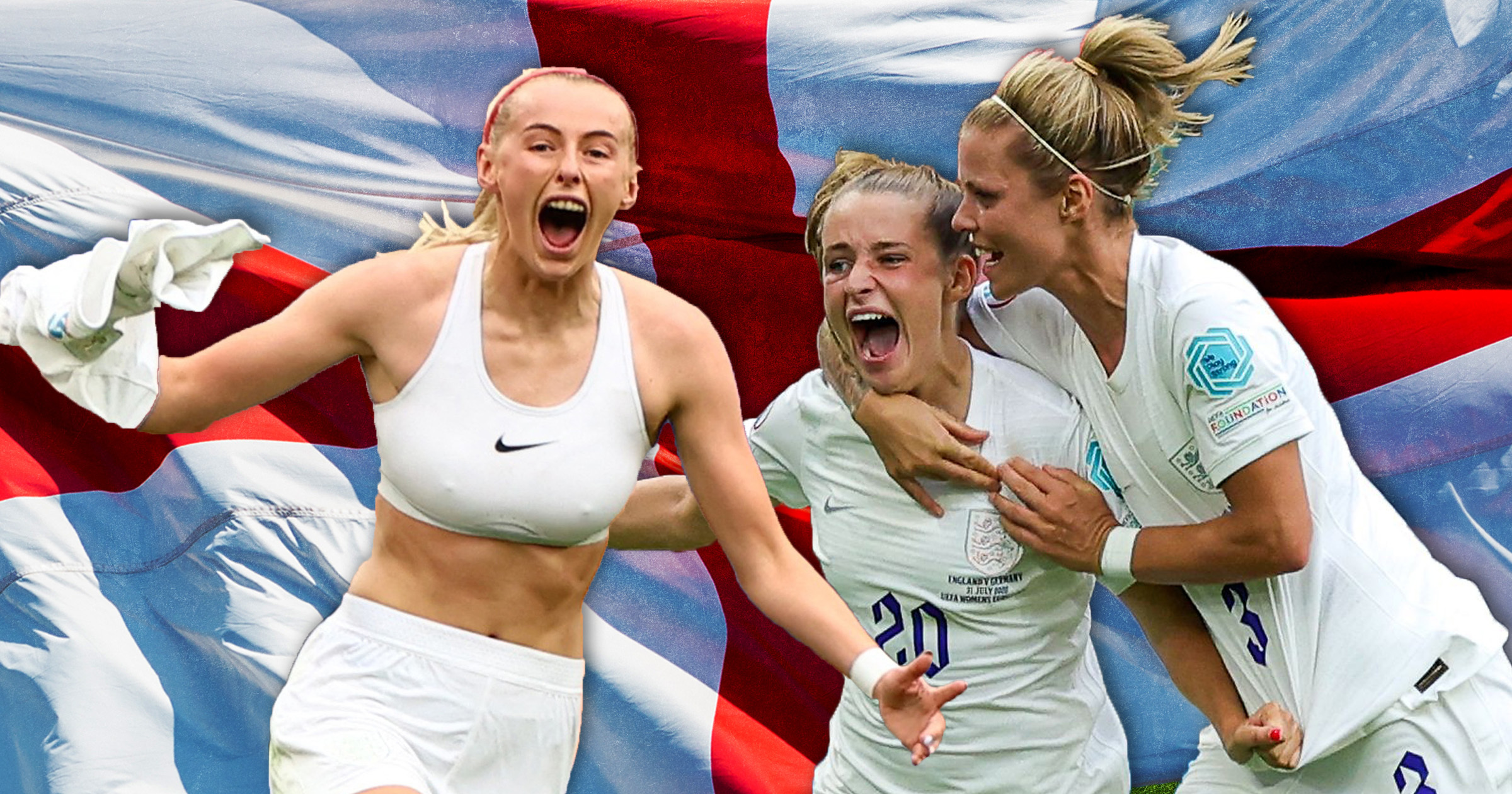 England have won their first major trophy since 1966 after the Lionesses beat Germany in a thrilling and feisty Euro 2022 final in front of a record 87,192 fans at Wembley.

Sarina Wiegman’s side have united the nation during their brilliant Euros campaign and were not to be denied the trophy despite facing eight-time champions Germany in the final.

Manchester United’s Ella Toone gave England the lead in the second half and, while Germany’s Lina Magull equalised late on to take the game to extra-time, Chloe Kelly settled the affair to spark wild celebrations at Wembley and across the country.

It is not only England’s first major trophy since the men’s team won the World Cup in 1966, but the first time an England team has ever won the European Championships.

With England winning all five of their matches on route to the Euro 2022 final, it was no surprise to see Wiegman name the same side for a sixth game in a row.

It was the first time in the history of the Euros – men’s or women’s – that an unchanged team has played in every match, and meant that ‘super sub’ Alessia Russo remained on the bench.

Germany boss Martina Voss-Tecklenburg also named the same XI that beat France in the semi-finals but was forced to make a change just minutes before kick-off as captain Alexandra Popp, joint top-scorer in the tournament, suffered an injury in the warm-up.

Germany’s shot-stopper was called into action again as Lucy Bronze rose well to win a header, but it was another comfortable save from the Wolfsburg star.

England, taking part in their third Euros final, dominated the opening 20 minutes but Germany began to frustrate the hosts, who saw Ellen White and Georgia Stanway go into the book for seemingly innocuous challenges.

Bayern Munich defender Marina Hegering looked set to put Germany ahead midway through the first half but her deflection from a corner was cleared off the line by Leah Williamson and goalkeeper Mary Earps was able to gather following a goalmouth scramble.

In what was turning out to be a feisty and engaging encounter, England had the next big chance as Beth Mead made a run down the right flank and delivered an inviting cross, only for White to rifle an effort over the bar.

England survived a huge scare shortly after half-time when Tabea Wassmuth sprinted towards goal with the English defence trailing in her wake, but the German’s effort failed to trouble Lionesses goalkeeper Earps.

Germany continued to press and went even closer when Magull turned brilliantly in the box before drilling a shot just wide of the post, with Earps this time well beaten.

Just when it appeared as though Germany were taking control of the final, Wembley erupted as England broke the deadlock with a superb goal.

Kiera Walsh’s brilliant long-range pass found Toone and the United forward broke away from the German defence before showing class and composure to chip Frohms.

Any suggestion that the job was done was dismissed five minutes later as Magull rattled England and the crossbar with a powerful strike, with Lea Schuller’s follow-up off target.

Germany continued to threaten the England goal and equalised with 11 minutes remaining as Magull turned home Tabea Wassmuth’s cross with a deft touch.

It was only the second goal England had conceded at the tournament and seemed to rock the team as well as the 87,000 fans inside Wembley as the Euro 2022 final headed into extra-time.

Chances were few and far between in extra-time, with nothing separating two tiring teams. But the decisive moment came with ten minutes remaining.

Another England corner fell to Chloe Kelly and while her first shot was blocked on the line, the Manchester City star followed up to hit the back of the net and send Wembley into meltdown.

Barcelona transfer news: Who are the four players Quique Setien is trying to sign?