As Manchester City fans eagerly awaited Jack Grealish’s arrival, Leicester City supporters were only too quick to acknowledge one of his predecessors.

There were gleefully ironic cheers as Riyad Mahrez blazed a shot over the bar. It was an illustration of City’s lack of edge, but came from a brilliant run, that was itself a reminder of one of the team’s qualities.

It is not like Pep Guardiola is short of mercurial forwards who can play wide or in the centre.

It does bring a pertinent question.

Is Grealish little more than the ultimate luxury signing?

City are usually absolutely “forensic” – to use the words of some figures in the market – in their recruitment of players. That has generally characterised Guardiola’s time at the club. The club have mostly sought to fill obvious gaps in the team or squad, and solve obvious problems.

There is no obvious gap for Grealish. There are in fact more potential competitors than in any other position. Bernardo Silva even came on as if to remind everyone of that.

There are some suggestions, it should be said, that Guardiola will seek to use Grealish as a number eight. Even there, though, it’s not like City are short.

None of this is to deny or dispute Grealish’s brilliance. He is superb to watch, and the sort of star that makes you want to go to a game.

But is that all he actually adds to City? More decoration? More indulgence? More touches in attack than their forwards would otherwise take?

That no doubt only adds to the pain that Aston Villa supporters have made so visible, and fortifies the feeling that this is just football’s wealthiest club flexing their financial muscle, in a way that makes it feel so futile for everyone else.

But that could the opposite actually be true? Could it actually cause some issues for City? Grealish will have to adapt at least some of his game for Guardiola. He is the ultimate individualist going into the ultimate structured team. Guardiola does greatly admire Grealish – peppering contacts for information on him last season – and clearly wanted him.

It would similarly be brave to question a coach as ingenious as Guardiola, but he does have a history of some of these signings himself, as if he’s almost trying to be too clever. That doesn’t just apply to his formations for big games.

In the summer of 2009, everyone could see David Villa was a much better fit for Barcelona than Zlatan Ibrahimovic. It wasn’t revisionism after the fact. It was said at the time. Guardiola went on to agree with it, blaming his insistence on using the Swede for the elimination to Internazionale in the Champions League. Ibrahimovic ended the season dropped. His indulgences weren’t enough. Barca quick enough went for Villa the next summer. 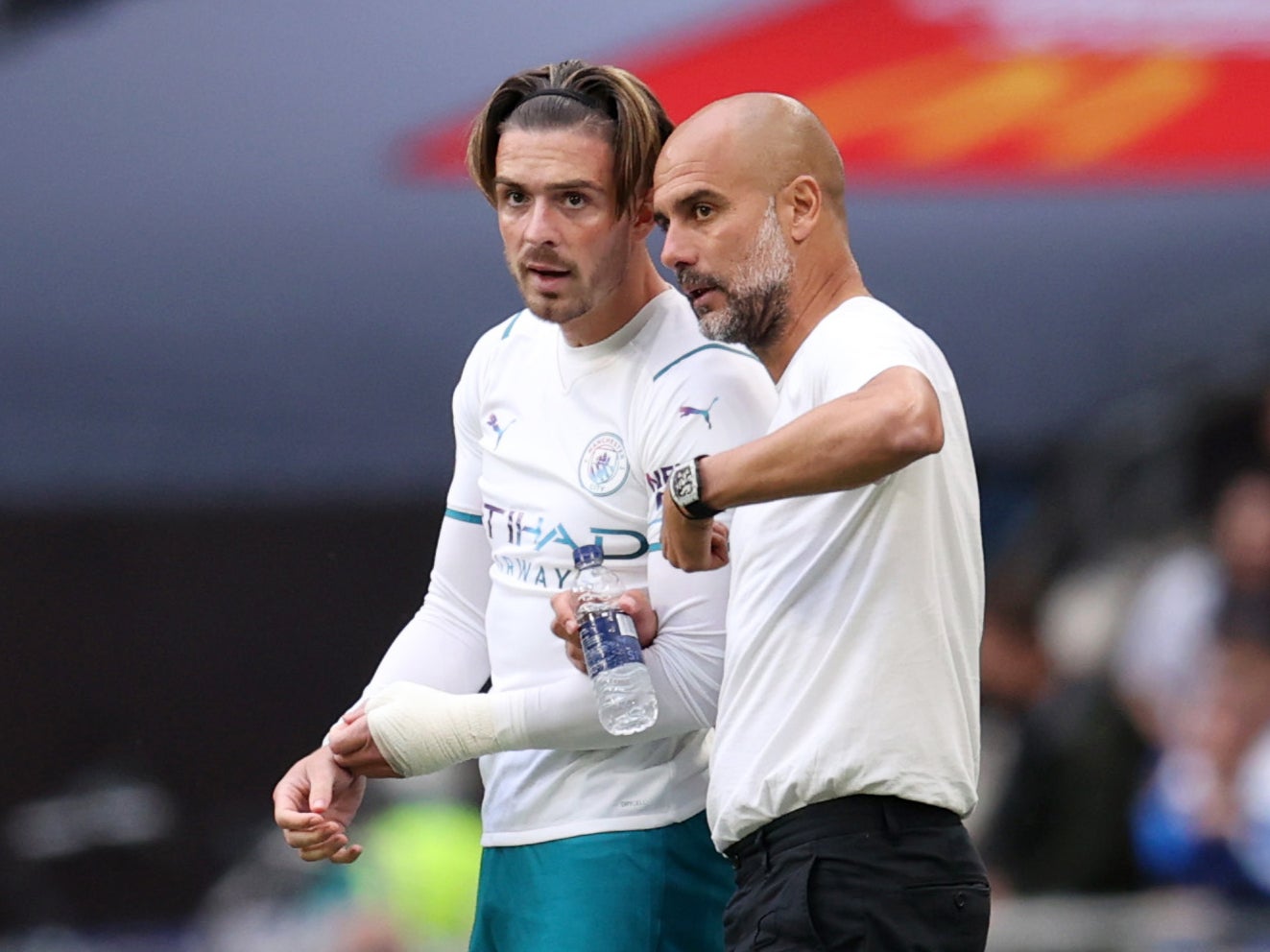 Guardiola isn’t the only example of this from an excelling club either. It is a surprisingly common trait.

In 2006, after two successive titles, Chelsea went for Andriy Shevchenko and Michael Ballack.

In 2008, after another two successive titles, United went for Dimitar Berbatov.

Each case seemed depressing displays of power, that would guarantee titles for the next few years. All just caused problems and dysfunction, certainly in the short term. These problems had also been mooted at when they signed, but were understandably waved away amid the inevitable gushing about the quality they were purchasing.

You might even call it the complacency that comes with true command, when an urge grows to make some needless additions, to force something different.

There are at least some parallels with Grealish.

The potential for problems can be seen. He will oust title-winning player, who City can’t seem to sell, potentially causing some unrest. He will also have to adapt to Guardiola’s system – not to mention improve his goal return. For all his talents, Grealish only scored six last season, and that was despite playing further forward than the campaign before.

Guardiola of course has the capacity to bring this out of him. He may well go up a gear. It’s equally difficult not to just wave these concerns away, because of the playmaker’s brilliance. The safer bet is that this will all go swimmingly, that Grealish will help City sweep everyone away, and he will go onto the next level. There is a lot of evidence for that, too.

But it isn’t a guarantee. City could still do with the guarantee of someone who scores goals. There is a gap for a number-nine. The signing of Grealish does affect that. It saps that budget.

Might it have been better served in the pursuit of Harry Kane, who will require a fee of over £160m? City apparently only have £100m left in pure cash this summer without sales.

They can’t offload their many creative forwards. They’ve instead added another. The question will be what he can add to City.