Jadon Sancho believes he will be a Manchester United player within the next few days with major progress having been made in talks over the past 24 hours. United vice-executive chairman has been in negotiations with Borussia Dortmund as the two clubs look to agree a deal worth an eventual £120million.

Talks have been held up despite Dortmund being willing to accept the fee being paid in instalments.

The Bundesliga club are thought to want £60m up front – to aid their chances of signing a high-quality replacement for the 20-year-old.

But discussions between the two sides have revolved around how much of the remaining fee will be guaranteed to Dortmund and how much will be in performance-contingent clauses.

The structure of the payments that the German giants will definitely be made also remains to be sorted.

But amid the substantial progress being made, the Independent say that Sancho is optimistic he will officially be a United player by the end of this week. 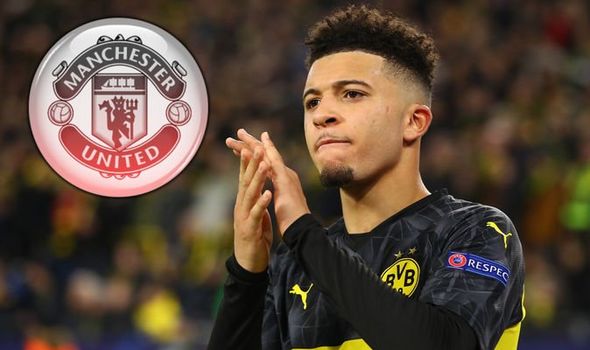 Terms have already been agreed with the Red Devils with a contract set to see him commit to United until June 2025 and become one of their best-paid players.

Talks between the clubs have accelerated dramatically over the past day and both expect to strike an agreement imminently for the exciting England international.

Dortmund have made it clear they want a deal done by August 10, with their first pre-season friendly two days later.

United are well aware of their demands and are willing to do what it takes to wrap up a deal for Sancho, who they see as the man to nail down their right flank for the foreseeable future. 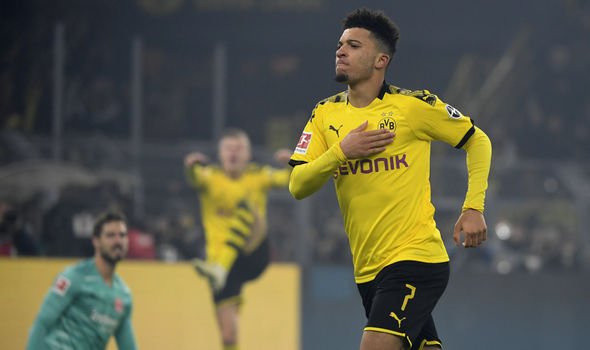 And the highly-talented wide-man will be confident of carrying such productivity into the Premier League, with Sancho said to be excited about his return to England.

Formerly on the books of Manchester City, the attacker moved out to Germany for regular first-team football as he saw no pathway to the senior side at the Etihad three years ago.

That means he is yet to play in the Premier League and the Watford-born player, who can also play as a No 10 or as a left-sided winger, is keen to conquer his homeland.

He will join up with a rejuvenated United team that includes a number of his England team-mates in Marcus Rashford, Harry Maguire and Jesse Lingard.

And Sancho will help make up one of Europe’s fiercest attacks alongside the likes of Rashford, Anthony Martial and Mason Greenwood, supported by midfielders Paul Pogba and Bruno Fernandes.

Having secured Champions League football for next term, United will hope to both be a real threat on the continent as well as domestically, as they seek to catch up to Liverpool and Manchester City in the English top-flight.

In order to do that, Solskjaer is hoping he will be able to strengthen his squad with several additions, with talents such as Jack Grealish, Donny van de Beek, Kalidou Koulibaly and Tyrone Mings also on his wish-list.

Explaining his plans for the summer transfer window last month, the Norwegian coach insisted recruiting the right characters is his primary concern.

He said: “Consistency has to be improved and we still have to improve on many aspects of the game.

“There’s definitely not going to be any complacency and thinking, ‘We’ve cracked it’ because we’ve got so much to do. It’s an enjoyable journey.

“We can see improvements but, yes, we need to make one or two – or more – very good decisions. It’s going to be an important summer, definitely. 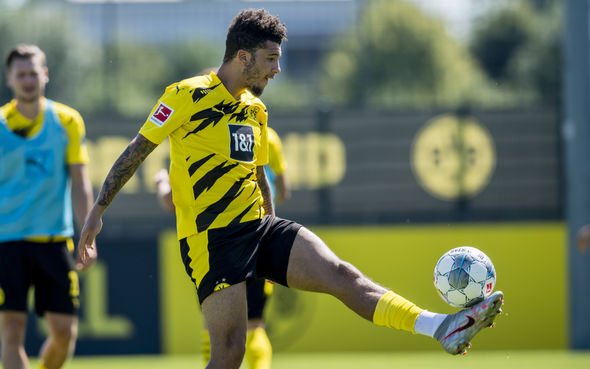 “You have a certain DNA and identity when you play for Man United or work for Man United, it doesn’t matter if you’re in the canteen or laundry or in admin or on the pitch, you’ve got to be a certain type of character for me.

“I’m very old school in my values. I’m not going to rant and rave. I’d rather open the door or close the door. Either in or out.

“It’s a constant process. Whatever you do every day, that will decide if you’re going to be part of Man United or not. I hope and believe I will always stay true to my principles and values of that.”

Fletcher and McManaman among 'Fab Five' in Lisbon for BT Sport