Jadon Sancho insists he is “really happy” to play at Borussia Dortmund amid transfer speculation linking him with Manchester United.

The 20-year-old is a target for Ole Gunnar Solskjaer this summer, with the Bundesliga club holding out for £108 million.

United are still hopeful a deal can be struck, despite Michael Zorc, Dortmund’s sporting director, claiming the player would stay.

And now Sancho has publicly declared his affection for his current teammates and the current set-up under Lucien Favre.

“I love playing with this lot. It is a special bunch,” Sancho told BVB TV. 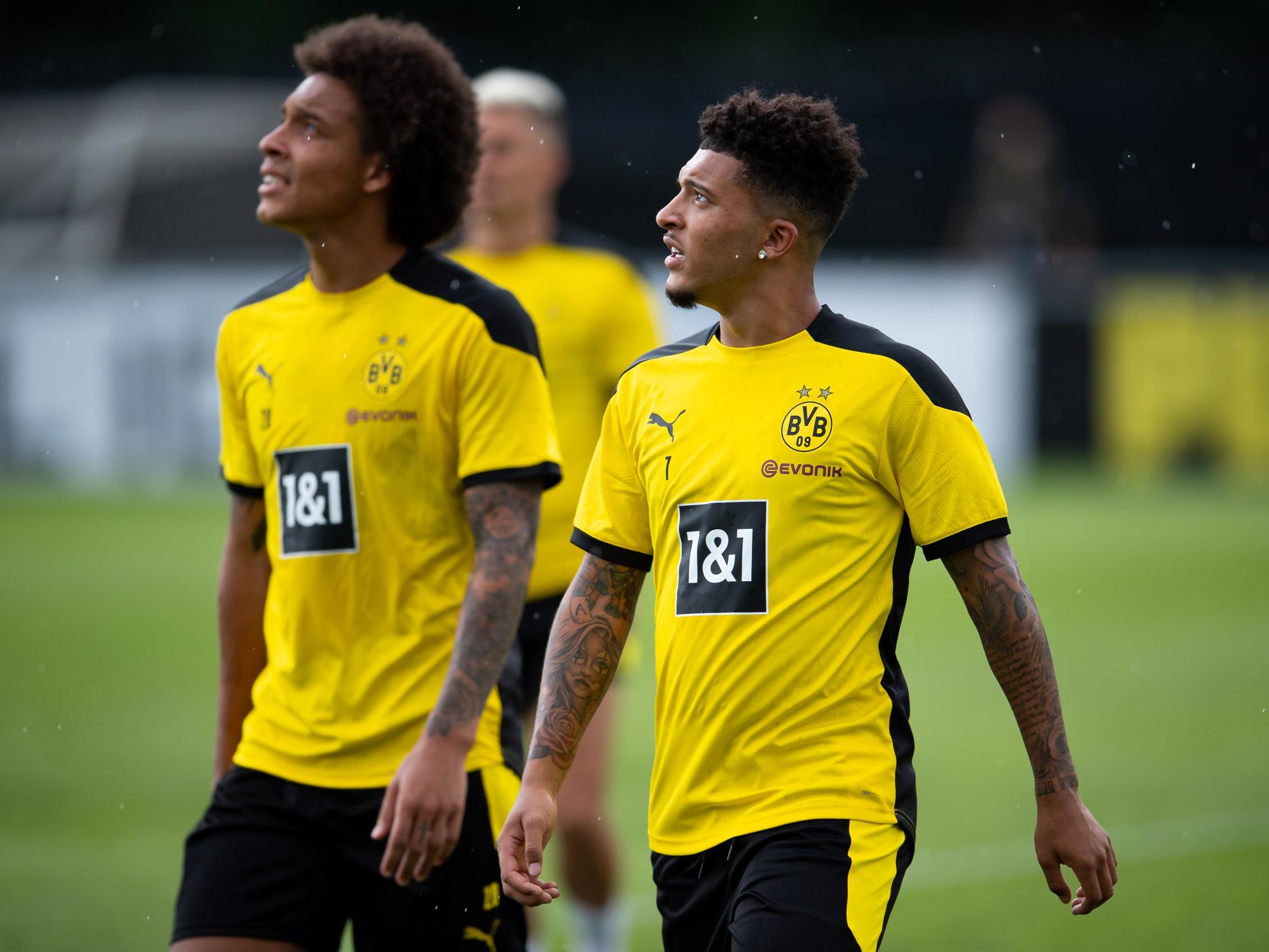 “We’ve got some special young players coming up. I am really happy to share the pitch with them and guide them.

“I was once in their shoes, playing with the seniors. I am happy for them.”

Sancho played in the first half as Dortmund thrashed Austrian side Altach 6-0 in a pre-season friendly on Wednesday.

And in his current role, Sancho is embracing the opportunity to act as a mentor to youngsters Gio Reyna and Jude Bellingham, who are both looking to make a big impact this season.

“I joined [Dortmund] when I was 17,” the England star added. “Some of the lads are the same age now. I’ve been there and done that.

“I can guide them in what’s good and what isn’t. I can hopefully motivate them as well.”