Jadon Sancho “knows” he will end up playing for Manchester United in the future, but might opt to stay for another year after discussions with Borussia Dortmund team-mates. That’s the opinion of German football expert Christian Falk, who feels the young forward is unlikely to go on strike like Ousmane Dembele did when he was at Dortmund.

United’s bid to sign Sancho is turning into one of the biggest transfer sagas in recent history.

The Red Devils are desperate to bring in the young winger, but are facing significant difficulties in getting the Bundesliga giants to agree terms.

However, United are reluctant to pay that much in one go, and want to pay over three instalments. 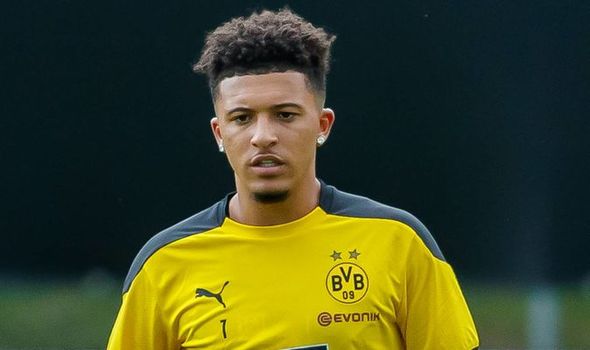 Reports suggest they have bid €60m up front, with €40m and €20m to be paid over the next two summer windows.

With no compromise in sight, it appears United are starting to look at back-up targets, including Barcelona’s Dembele.

The French winger has been a relative flop since signing for Barca from Dortmund back in 2017 as a replacement for Neymar.

He cost a reported £124m from Dortmund, after he went on strike and refused to play for the German side until he was sold.

But according to Falk, the head of football at German outlet BILD, Sancho is unlikely to follow in those footsteps and go on strike.

He explained on the Pod Save The Ball podcast that he believes the English winger knows he will end up playing for the Red Devils, but won’t rush into the move.

Falk said: “Sancho would like to play [for United]. But, he’s not a player like Dembele who will do a strike.

“It’s very interesting that the same agent for Dembele is now doing the deal with United. 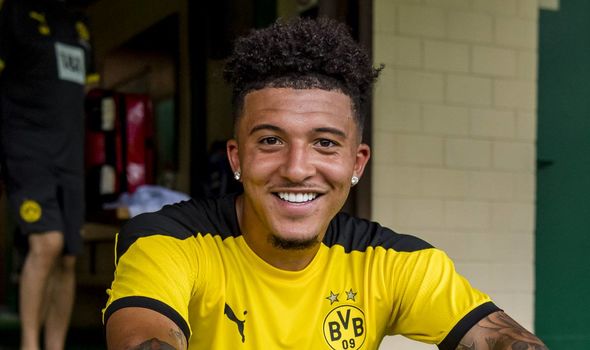 “United are now saying it’s because of the agent and they don’t like it.

“But I know for sure that when Schweinsteiger went to Manchester United, there was also an agent involved.

“It’s still poker. Sancho knows his future is still there [at United] if it’s this year, or one year.

“Dortmund players make a lot of influence on him, Haaland yesterday said how happy he was he is staying, Reus is working on him.

“So don’t forget this, because it’s all young guys who talk to each other, kind of frienship if it’s possible in football.”