Manchester United will still end up signing Jadon Sancho this summer despite comments from Borussia Dortmund sporting director Michael Zorc, according to former Red Devils midfielder Owen Hargreaves. On Monday, Zorc claimed Dortmund are preparing for Sancho to be at their club next season and that the decision was “final”. However, Hargreaves still believes the England international will complete a move to Old Trafford in this transfer window.

Sancho is United’s top transfer target and a five-year contract in principle has reportedly been agreed.

However, Dortmund are holding out for €120million (£108m), a fee United are currently not prepared to pay.

But Hargreaves believes a transfer will go through eventually before October’s deadline.

“I think he will be a Man United player in a pretty short time. 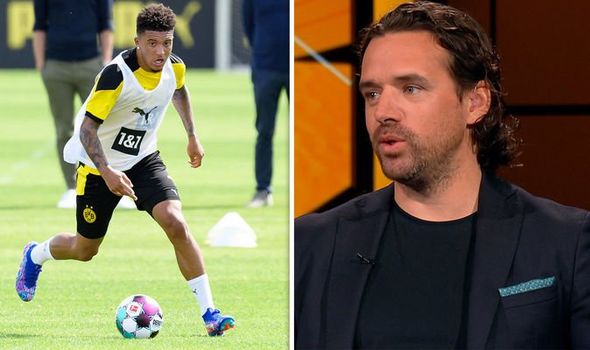 “[Dortmund are] trying to get a bit more money out of it, that’s just the nature of the beast.

Hargreaves does not blame Dortmund for their approach but says United will know their history of selling players.

“Everybody’s trying to do their job,” the pundit added.

“I think for Dortmund, Man United know they sell all their players, they always have done for the last five or six years.

“We plan on having Jadon Sancho in our team this season, the decision is final,” Zorc told reporters.