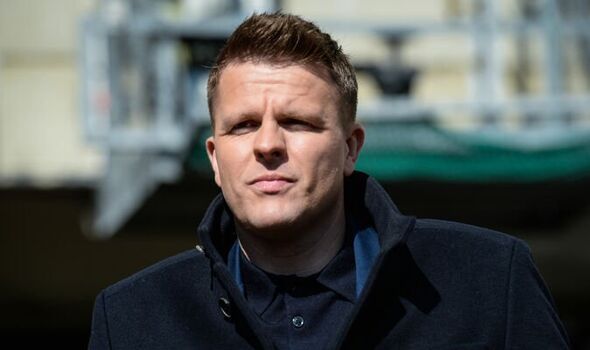 Jake Humphrey has dismissed claims that BT Sport have decided to axe him as the lead of their Premier League coverage. The presenter will be replaced by his colleague Lynsey Hipgrave in the hot=seat for the new season, but Humphrey has explained that his busy schedule is the reason behind the shake-up.

It was reported by several media outlets that Humphrey had been axed by his employers in favour of Hipgrave leading the coverage. And the 43-year-old from Peterborough appeared to confirm the news after sending his well wishes to his fellow presenter.

However, Humphrey later took to his Twitter account to clarify how the changes came about and revealed he had held talks with BT Sport to reduce his time in front of the camera due to his congested work schedule.

Asked if he would still feature on their Premier League coverage, Humphrey said: “Yes. Ignore the misleading nonsense headlines. I spoke to BT about being too busy and we agreed I’d host less PL games.

“I’ll still host some, but one of my favourite people @lynseyhipgrave1 gets to lead the coverage and I couldn’t be happier for her.”

Humphrey, who will continue to front their Champions League coverage in midweek, had earlier joked he wanted to host “the odd game” in a tweet to Hipgrave.

“You’re going to be amazing Lynsey. So delighted for you. Please just let me back for the odd game,” he wrote, with a wink emoji for good measure.

Humphrey has been the leading figure of BT Sport’s Premier League coverage since the channel’s launch in 2013 after securing rights to show games from the English top-flight. More recently, he has hosted their Saturday show alongside pundits Rio Ferdinand, Peter Crouch and Joe Cole.

Hipgrave, a self-confessed Newcastle fan, began working with BBC Radio 5 Live early in her career before finding fame on TV with Arabian broadcaster Al Jazeera. The 42-year-old joined up with BT Sport’s team nine years ago like Humphrey, but has broadened her CV to feature on Eurosport, talkSPORT and Discovery+. 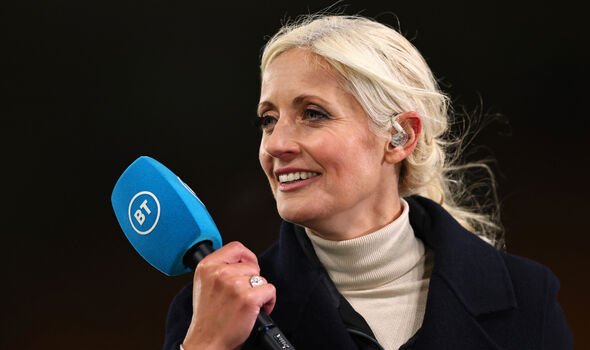 She made the announcement on Monday to mark the biggest move of her career, following on from the news of England Women’s Euro 2022 triumph, after being promoted from covering Europa League and Ligue 1 games for the TV channel.

“After a weekend of dreams coming true for women in football the dreams of a football mad Geordie lass have also come true…,” she wrote to her 77,000 followers. I couldn’t be any prouder to be leading @btsport’s Premier League coverage this season. We KO with Fulham v Liverpool on Saturday at 11.30am @btsport 1.”

In her new role, Hipgrave will also be in front of the camera for Manchester United’s game against Southampton later on this month and again when Liverpool face Newcastle on August 31.

BT Sport currently have a deal in place with the Premier League to show 52 live games a season until 2025, while their coverage of the Champions League lasts until 2027.

MICAH RICHARDS: Patrick Vieira has the traits to be next Pep Guardiola

Chelsea vs Liverpool live stream: How to watch Premier League fixture online and on TV today