James Forrest has warned Celtic they have no margin for error if they want to remain in the Europa League beyond Christmas.

The Scottish champions lie third in Group B with three points from three matches ahead of the must-win visit of RB Leipzig to Parkhead on Thursday.

Should Brendan Rodgers’ side lose they will be eliminated with two group games to spare. 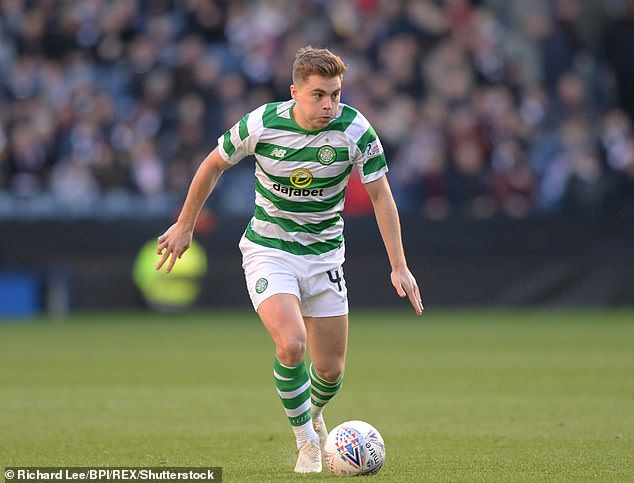 Yet despite comprehensive defeats away to RB Salzburg and RB Leipzig, Forrest believes Celtic can beat both teams at home and secure a passage through to the knock-outs.

The Scotland international said: ‘There’s no margin for error now. We have two home games left in the group and we know they will be important. We need to pick up points if we want to progress.

‘The last two results away from home against Salzburg and Leipzig have been disappointing but we still have the opportunity to put it right.

‘We want to progress in Europe and it’s not beyond us to get out of the group.

‘We need to win our home games and maybe pick up something away to Rosenborg, as well. But we are capable of doing it. 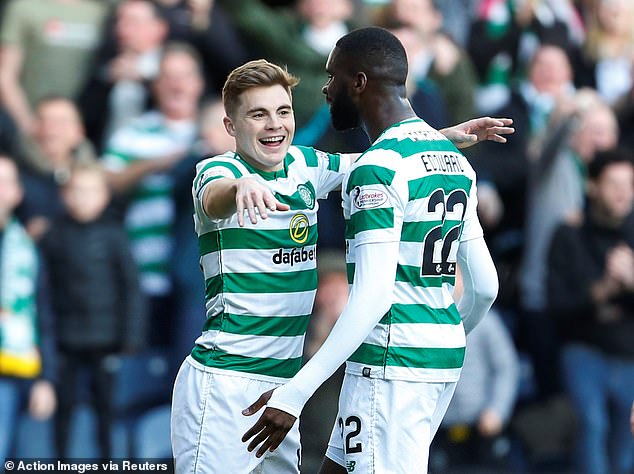 ‘We have got the players in the squad who can achieve it but we need to turn up on both nights.

‘Of course it’s going to be hard against top sides – but we’ve got the quality.

Frustrated Forrest was suspended for the 2-0 defeat in the Red Bull Arena in Leipzig on October 25.

The on-form attacker, who has scored seven goals in his last four appearances for Celtic, is desperate to make amends after picking up a rare red card in the 3-1 loss in Salzburg.

‘It was a weird feeling watching it on the telly’, he said.

‘It was obviously frustrating. I am not really used to being suspended. I got a red card in my second season at Celtic under Neil Lennon and I maybe sat out one game.

‘So it was strange and hopefully I don’t experience it again. It’s far better to be playing than stuck watching on the television.

‘You do look closely though. When you are not playing you watch those involved and pay close attention to the guys in your position and who you may be up against. Everything helps.’

Meanwhile, Leipzig attacker Kevin Kampl has told Celtic the Bundesliga side are arriving in Glasgow ready to kill off their European dreams. 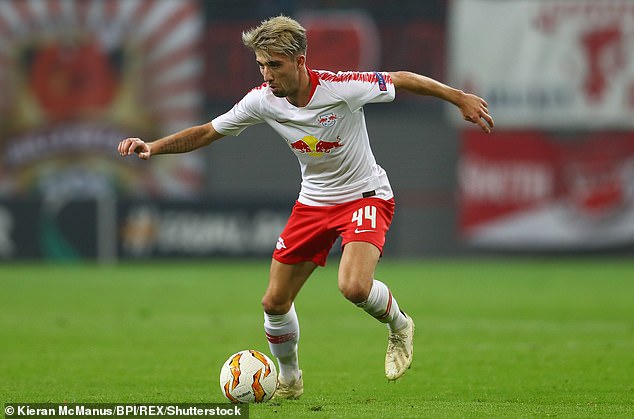 He believes his side’s 2-0 win on home soil flattered the Scottish champions and he is confident they can also win at Parkhead.

He said: ‘If we play like we did in the first game we can win at Celtic. We are going there in a very confident frame of mind.

‘I played there a few years ago with Salzburg and it was amazing.. It was a beautiful atmosphere but I think we can win there.

‘I think Celtic will be better in their own stadium. They will play more offensively than in Germany as they have to win it.

‘But we know if we can win then we will go to the next round.

Kampl also highlighted Eboue Kouassi as Celtic’s weak link in Germany. The Ivorian midfielder is now out for the season after subsequently picking up knee ligament damage in his side’s 3-0 Betfred Cup semi final win over Hearts.

‘Celtic’s No 88 was open too many times’, the Slovenia international said of Kouassi.

‘We changed our formation so Bruma could play as a No 10 and close him down.

‘From that point, I think everything was good in our game. We created good chances and we should have scored one or two more goals.’