Minamino started the match up front alongside Villarreal forward Takefusa Kubo but had to wait an hour for his chance to open the scoring from the spot.

The Reds striker ran through on goal midway through the second-half but was felled by goalkeeper Luis Mejia and Minamino dusted himself down to slam home from 12 yards. 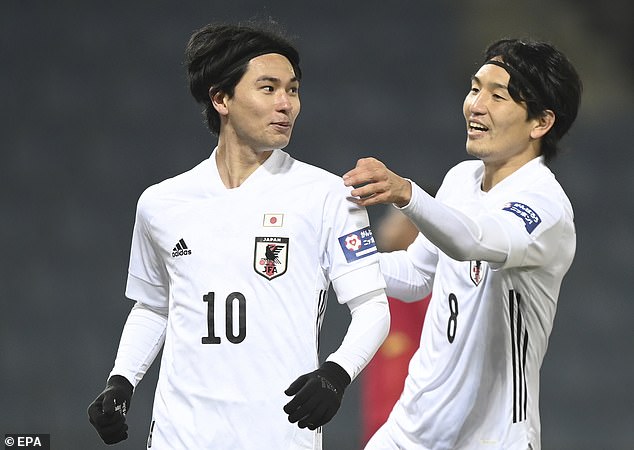 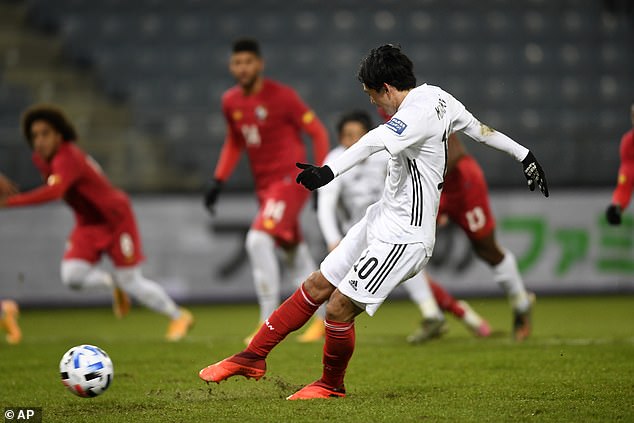 Mejia’s evening went from bad to worse when the goalkeeper hauled down former Arsenal striker Takuma Asano, who had replaced Minamino in the second period, when charging out of his penalty area.  The referee had no option but to brandish a straight red card for the Panama goalkeeper.

Minamino’s strike was his 13th goal for Japan in just 26 matches. The 25-year-old made his national team debut in 2015 after getting a first call-up 12 months earlier.

Japan’s next game is against Mexico on Tuesday, with the match also taking place in the Liebenauer Stadium in Graz. 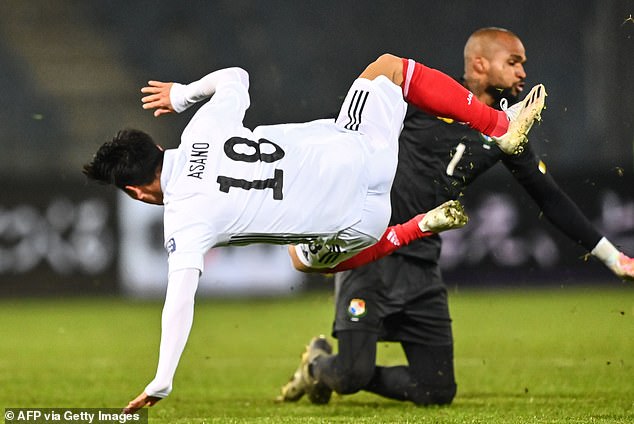