Japan recorded their second-biggest win in their history after Liverpool star Takumi Minamino opened the scoring in a 14-0 rout of Mongolia to extend their perfect World Cup qualifying record.

Hajime Moriyasu’s side bagged five goals in the first half before adding another nine in the second to complete the astonishing result against the sorry Mongolians, ranked 190th in the world.

Minamino, Yuya Osako, Daichi Kamada and Hidemasa Morita all scored in the opening 45 minutes, along with an own-goal from Mongolia defender Khash-Erdene Tuyaa. 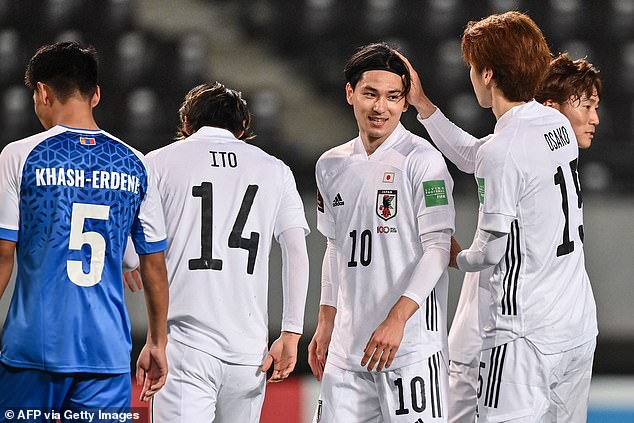 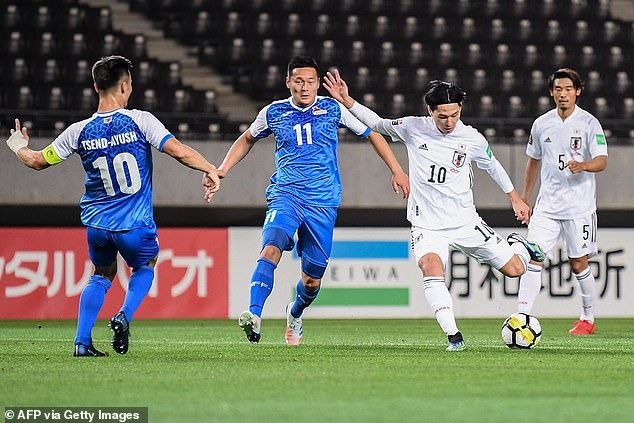 Liverpool star Takumi Minamino, who is on loan at Southampton, opened the scoring for Japan 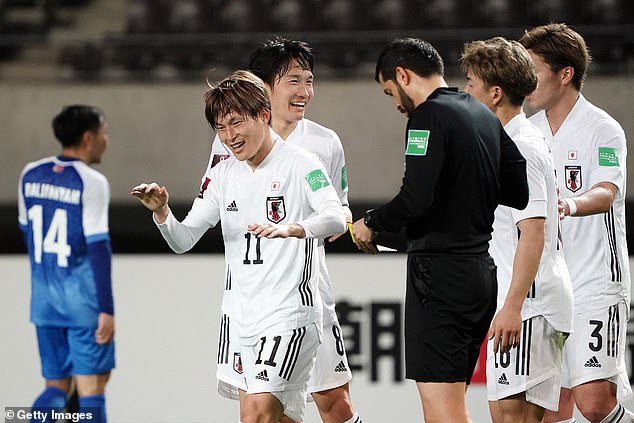 According to Opta, Tuesday’s victory is Japan’s second biggest winning margin in its footballing history, behind a 15-0 win over the Philippines in 1967.

The game had been scheduled to take place in Mongolia but was changed to Japan because of quarantining issues relating to the coronavirus pandemic.

Japan lead Group F with a flawless 15 points from five matches played. A victory over Myanmar in June will secure first place in the group and a spot in the third round of Asian qualifying.

The eight group winners and four best second-place teams will advance to the third round of qualifying, which is scheduled to start in September. 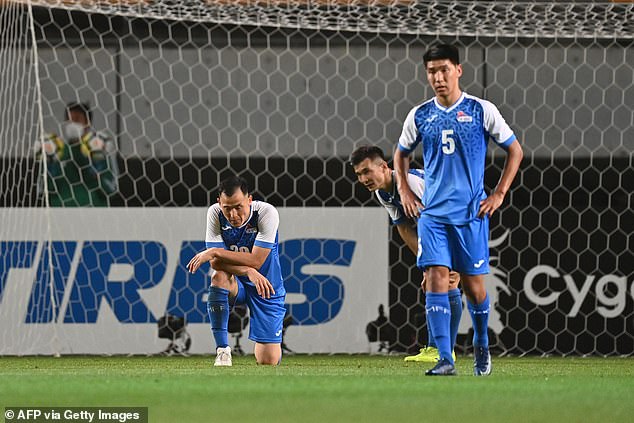 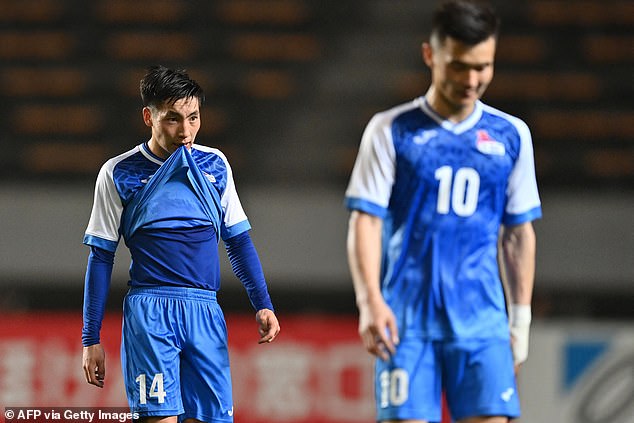 The minnows, ranked 190th in the world, played the game in Japan due to quarantine rules 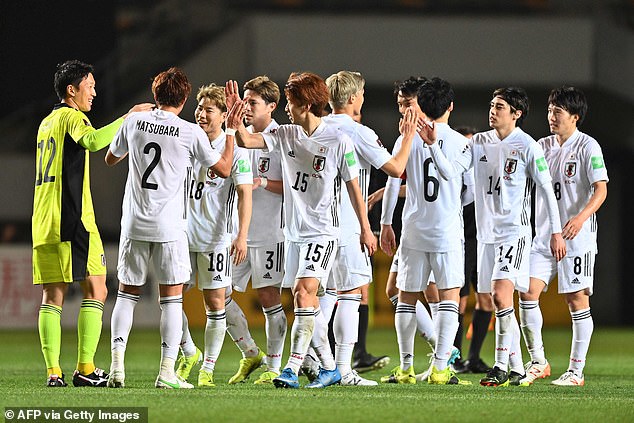