Antonio Conte expects the injured Tottenham players to attend his tactical meetings and continue to absorb his instructions during their recovery and rehabilitation period.

Japhet Tanganga missed the final four months of last season following knee surgery but both he and Oliver Skipp, ruled out for the same length of time by a pelvic injury, sat in on Conte’s meetings and tried to absorb the details.

‘We were injured together and we would go into the meetings,’ said centre-half Tanganga. ‘He’d be talking about the defenders and what they needed to implement. 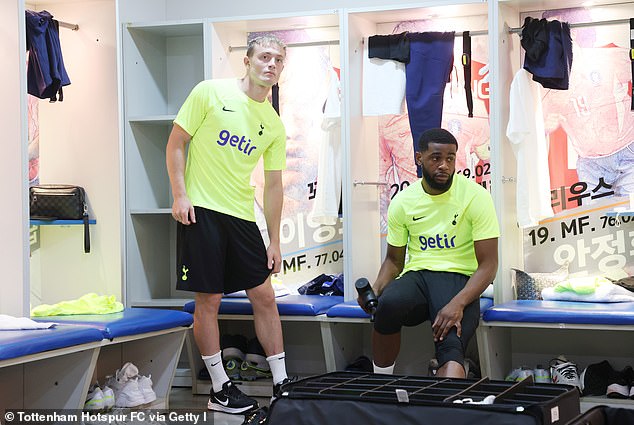 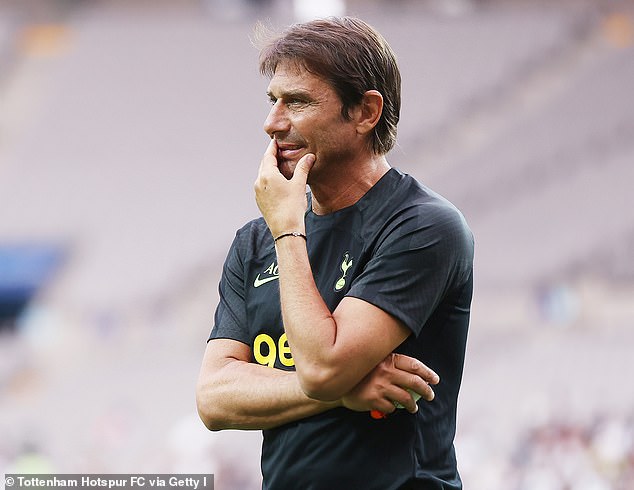 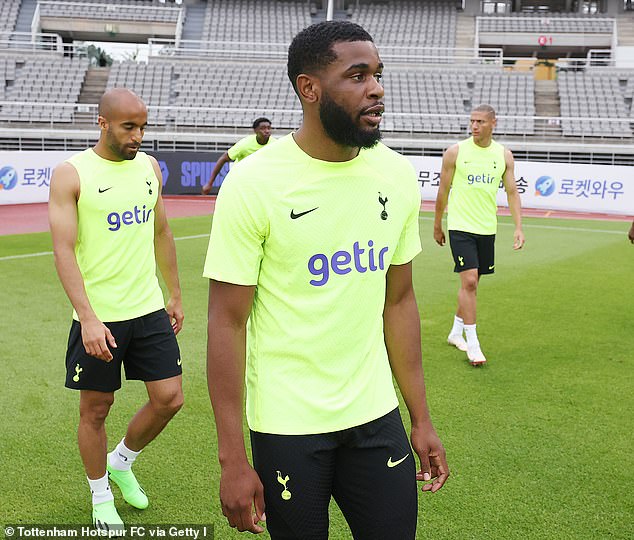 ‘We’d just work out what we’d do if we were playing so when we did get back fit, which we are now, we knew what we had to do. It’s just keeping our head with the team, being together and knowing that when we were back we were ready to implement what he wanted.’

Tanganga is out to impress Conte during pre-season. He made 11 appearances under him last season before injury struck and transfer speculation swirls around the 23-year-old, with Bournemouth among the clubs keen to lure him away from Spurs.

‘My focus is that I’m just happy to be back, being injury free, helping the team as much as I can and be ready when I’m called upon. There was a period when Cristian Romero was injured and the manager called on me to play in that position. 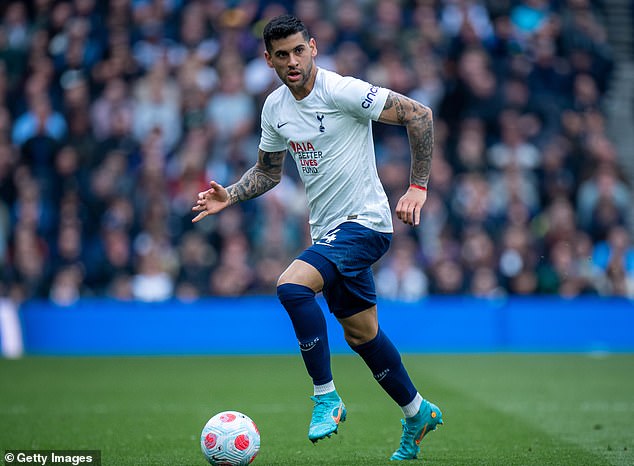 Tanganga filled in for Cristian Romero at times last season, and could do the same this year

‘I’m just grateful to play as many games as possible and I’m just happy to play whenever the manager wants me to.’

Conte sees Tanganga as versatile cover, capable of stepping into various roles across the defensive unit but specifically on the right or left of his three central defenders, where his recovery pace is a key asset.

‘That’s the position he gives me the most information about, and tells me what to do,’ he added. ‘I can play in the right wing-back role if needed but I think he sees me in those roles either side of the middle defender in the back-three.’

Spurs will start their pre-season schedule in Seoul on Wednesday with a game against the select K-League all-stars team in front of a 60,000 capacity crowd.