They believe in Gabriel Jesus at Manchester City. Ask any of the coaching staff about his finest night in a blue shirt, away in the Bernabeu almost a year ago, and the eyes will widen, an intake of breath. ‘Top, top,’ comes the reply.

Jesus was courageous that chilly evening, when City surprised Real Madrid in their own back yard. In tune with the specific tactical instructions delivered by Pep Guardiola, his threat constant and defensive awareness exemplary.

That was a night when the true Guardiola disciples shone, and Jesus is certainly one of those. 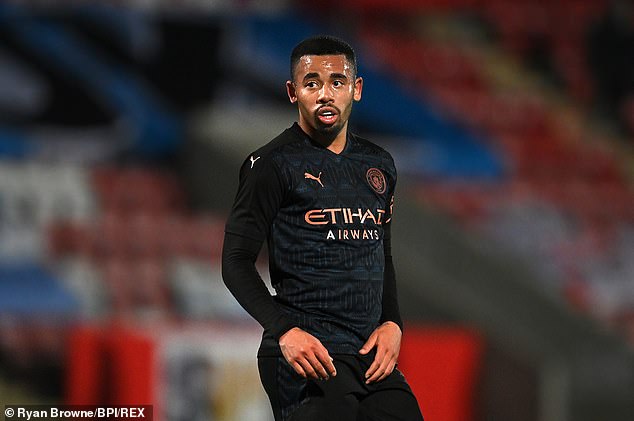 He was fantastic. But he was also operating on the left of midfield in a bold selection that flummoxed Zinedine Zidane.

Watching Jesus at Cheltenham Town, there is an argument that a return to the left may be his ultimate calling.

It is true that Jesus hammered home City’s second goal, but that a late rally was required to avoid one of the great FA Cup upsets was partly down to his own profligacy earlier in the piece. One miss, stroking wide via the post when clean through, was particularly galling, but there were other half-chances which Sergio Aguero would have gobbled up. 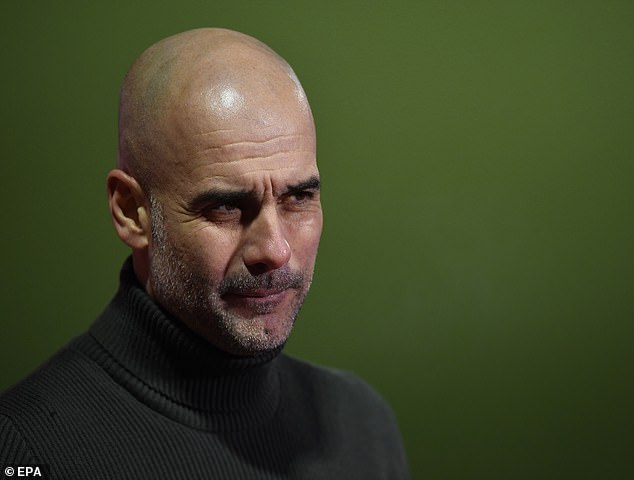 Pep Guardiola retains faith in Jesus, even though the striker has struggled at times this season

Jesus puts immense pressure on himself to score goals. Even when Aguero is unavailable, the spectre of the club’s greatest ever finisher stalks him. He admitted last season to wanting to ‘shoot myself in the head’ during an eight-game drought.

City know addressing their attack next summer is vital and there is a sense they have been saving up for a major splash. Whether that is Erling Haaland, Lionel Messi, both of them or neither — they will strengthen.

Aguero simply does not feature enough and is struggling with persistent injuries, while Jesus cannot carry the burden. His goals-per-game record is worse than Ilkay Gundogan’s.

‘This season is not easy for me,’ Jesus said. ‘In the first game I got injured. Then I had Covid, so now I have to get back my rhythm, my power to help.’ 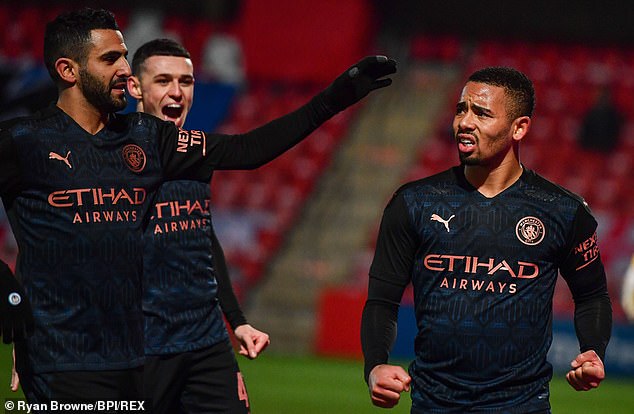 Jesus will help this team in the future, but there might be a readjustment of where that is from. As a left winger, he can go both ways, possesses electrifying pace, is energetic, has a trick and, crucially, recognises the value of defending from the front. To say he does not have an eye for goal would be wrong, yet he may be more suited to a role with less responsibility.

‘They want to score goals but sometimes it doesn’t happen,’ Guardiola said. ‘The important thing is to create them and be there. It means you are alive.’

Jesus is always alive, but could breathe so much more life into this team if used differently.

Football: Allegri to leave Juventus at end of season