Atletico Madrid’s Joao Felix was furious after he was taken off an hour into their derby with Real Madrid on Saturday.

Atletico Madrid were 1-0 down when Diego Simeone made the decision to take Felix off and replace him with Saul Niguez.

Felix headed to the bench calmly before releasing his anger in the stands by kicking one of the seats. 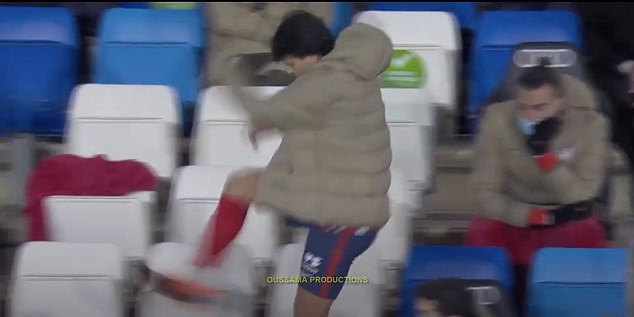 Felix felt frustrated with Simeone’s decision as his side trailed 1-0 to their rivals and he as the club’s top scorer this season with eight goals – five in the league, three in the Champions League – was their best chance at changing the scoreline.

Felix’s feelings of disappointment would have heightened when Jan Oblak scored an own goal thanks to Dani Carvajal to see Atletico not lose the game 2-0 but lose their six point advantage over Zinedine Zidane’s men.

It is not the first time that an Atletico player’s frustrations have been caught on camera this week. 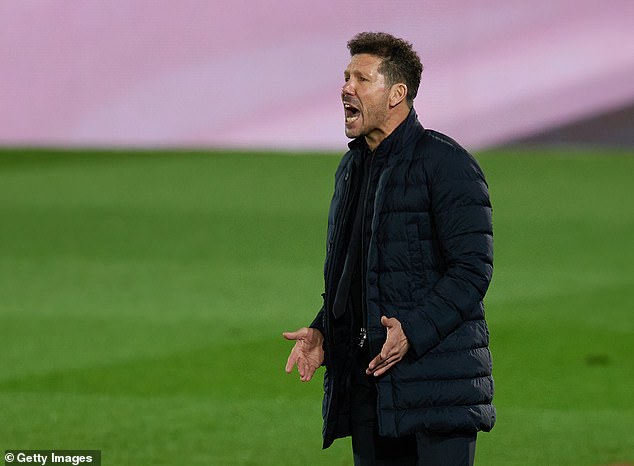 Both Luis Suarez and Saul made their displeasure at being taken off clear in their Champions League crunch game with RB Salzburg on Wednesday night.

However, Simeone told Movistar+ that he completely understood why the likes of Suarez would have been annoyed.

He said: ‘It is entirely logical. I would have also been angry to leave the field. These are the games where you want to play the full 90 minutes.

‘When you are taken off the pitch for someone else, it is understandable they leave the field angry.’