‘They have not done their job and they have lost the game’: Joe Hart slams PSG’s wall for crumbling for Riyad Mahrez’s winner for Manchester City… while Owen Hargreaves insists ‘it was actually a terrible free-kick’

City stunned PSG in the first leg of their Champions League semi-final tie in Paris, turning around a 1-0 deficit thanks to second half goals from Kevin De Bruyne and Mahrez.

And while City and Mahrez in particular will take home the glory following his late winner, PSG’s wall has come in for immense criticism for the role it played in the all-important goal. 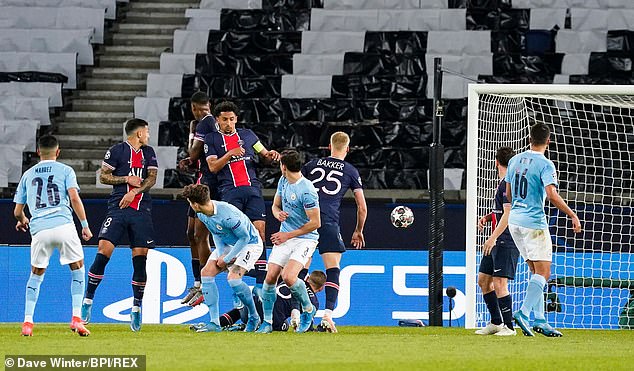 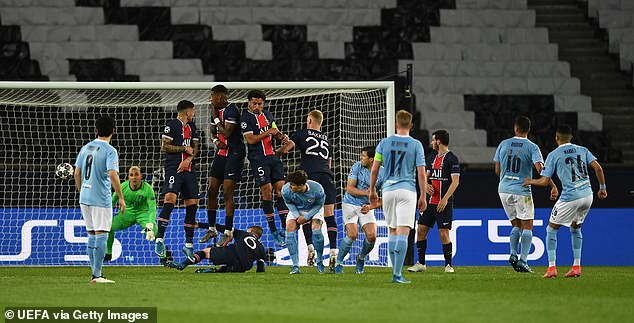 Mahrez’s rather tame free-kick somehow found its way through Presnel Kimpembe and Leandro Paredes, with the PSG duo seeming to jump sideways rather than deal with the effort head on.

And Joe Hart was quick to slam PSG’s defending in the wall, admitting the defenders simply didn’t do their job when the team needed them the most.

‘Natural instinct is to move out the way but you have to fight that on the pitch. They have not done their job and they have lost the game. 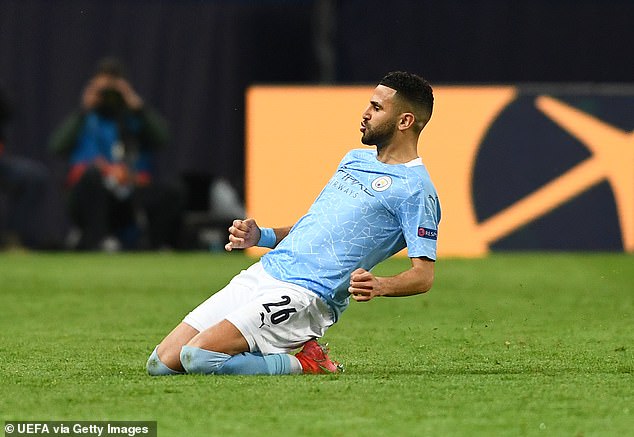 ‘They have let human nature come in and not stood up for their team. It is almost impossible to save it.

‘You know from the trajectory of ball you can breathe a sigh of relief as it is hitting wall. But his [Navas’] reaction time is almost none. He would presume it was being dealt with.’

Hargreaves added: ‘It is actually a terrible free-kick from Mahrez, but it looked more intricate than it was. That ball should never make it to the goal.’ 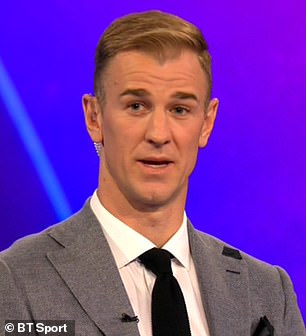 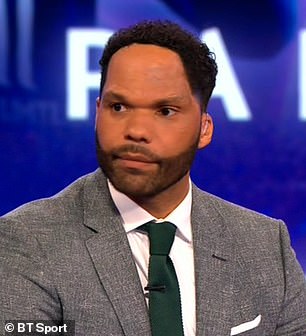 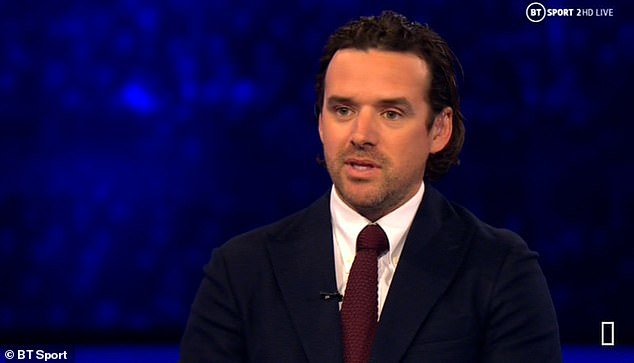 Lescott argued: ‘It is poor defending. They turned their back, you can argue it’s slightly fortunate. There is no blame on the goalkeeper as the wall has responsibility to block it.’

PSG got off to the perfect start in the Champions League semi-final tie, with Marquinhos putting the Parisians in front thanks to an emphatic header from Angel Di Maria’s corner in the 15th minute.

However, City fought back ever so impressively in the second half, with De Bruyne’s in-swinging cross somehow ending up in the back of PSG’s net before Mahrez scored the winner from the free kick.

Then it got a whole lot worse for Pochettino as Idrissa Gueye was shown a straight red card for a nasty challenge on Ilkay Gundogan, leaving PSG with it all to do next week at the Etihad to book their place in the Champions League final.

‘Chicharito’ ruled out for Galaxy against LAFC