Joe Willock is convinced Newcastle United have enough to preserve their Premier League status as long as they fight as hard as they did to deny Tottenham victory.

The Magpies were 2-1 down with five minutes remaining at St James’ Park on Sunday when Arsenal loanee Willock, who had been left out of the starting line-up, made just the impact head coach Steve Bruce had hoped he would when he put him on by firing home an equaliser to snatch a 2-2 draw.

Just how important his intervention was became clear only a couple of hours later when relegation rivals Fulham led 1-0 at Aston Villa – a scoreline which would have sent Newcastle into the bottom three – before they conceded three late goals to slip three points adrift.

Asked after his late heroics what was required over the remaining eight games of the campaign, Willock told NUFC TV: “We need to win games, we need to win football matches to stay in the league.

“I feel like we can. I’m so confident in the manager and everyone else is as well, so I feel we have enough to do it.

“If we continue to fight like we fought today, I feel like we can stay in this league easily.”

Bruce had sent eyebrows skywards with his team selection, which featured five changes from the the dreadful 3-0 defeat at Brighton last time out which had caused such alarm on Tyneside.

With leading scorer Callum Wilson still recovering from a hamstring injury and Allan Saint-Maximin fit enough only for a place among the substitutes, optimism was not high before kick-off.

In the circumstances, a positive start capped by Joelinton’s first league goal since November represented a pleasant surprise for the Toon Army, although the smiles were wiped from their faces within four first-half minutes as Harry Kane took advantage of some less than fastidious defending to help himself to a double.

It might have been worse had Miguel Almiron not cleared Japhet Tanganga’s second-half header off the line and had a post not denied Kane a hat-trick, but it was not and when Willock crashed a shot into the net off the underside of the crossbar after Hugo Lloris had clawed away Almiron’s header, a potentially priceless point was secured.

The midfielder said: “To be honest with you, I’m happy not just because it was against Tottenham, but to come on and make an impact for the boys. 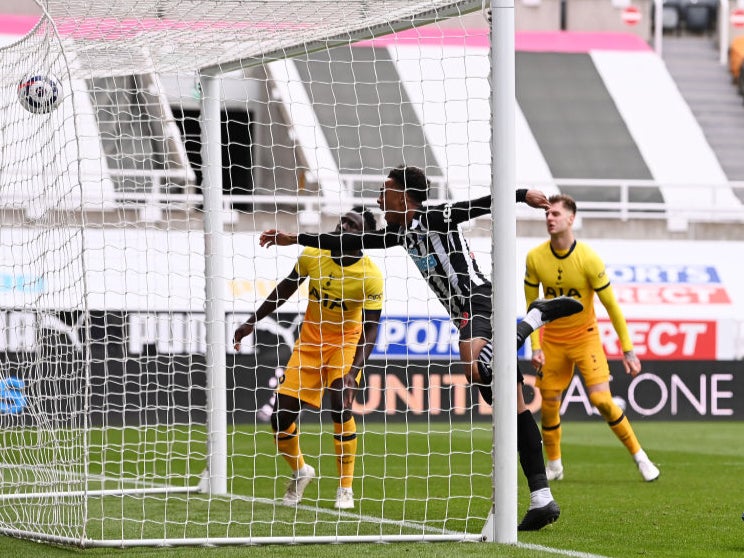 Spurs boss Jose Mourinho cut a frustrated figure after the final whistle, bristling when asked about the absence of experienced defenders Serge Aurier and Toby Alderweireld.

Mourinho said: “They were fit, but they reported for training only yesterday. They went for their national teams and they didn’t make the Covid tests on time to be in the training session on Thursday, not even on Friday. They came only yesterday.

“But did we lose matches with them, or with them were we a perfect team defensively?”