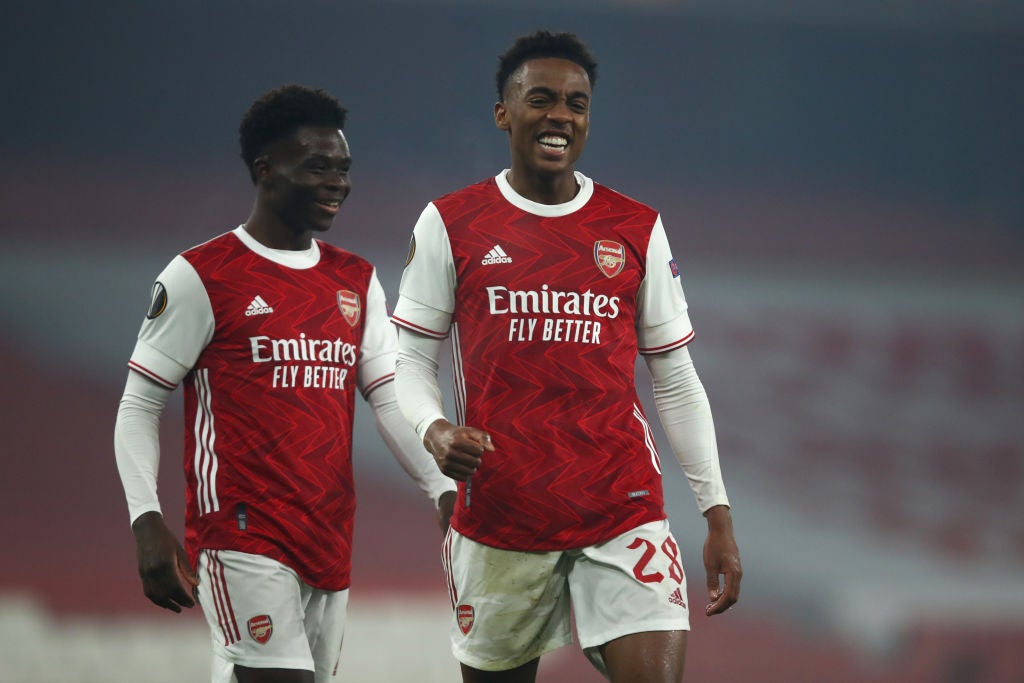 “Every time I watch this kid play he plays great. His overall game, his athleticism driving from midfield, this young man can affect games. (Desire to force own goal for equaliser) I love that from a young player.

“He’s got a lot of top players in there so when there’s a chance he gets him in. He’s producing when he gets a chance, he just needs a few more chances and he’s earned that.

“We saw it with Sancho at Manchester City, it’s hard for young kids to get games, even Phil Foden is having to work round De Bruyne. I think back to Philip Lahm and David Alaba at Bayern Munich, they went on two-year loans. You might see that from these kids. Right now it feels like they could play more but they have a world class team, Mesut Ozil is at home.”

Asked about Willock’s opportunities going forwards after the game, Arteta said: “He could have scored more, he created a few goals as well – he had a really good performance. He needs to keep doing what he’s doing consistently and his time will arrive.”