‘I’ll put him on a seat in the stadium’: Harrogate striker Jon Stead to take cutout of former team-mate Jordan Sinnott to Wembley for National League play-off final after his tragic death earlier this year

The picturesque spa town of Harrogate has always been popular with footballers. England manager Gareth Southgate, David O’Leary and Micah Richards are among the famous residents finding out today if their local team can win promotion to the Football League for the first time in their history.

The National League play-off final at Wembley is a fascinating contrast between the celebrated name of Notts County, founded in 1862, and Harrogate Town, for so long the epitome of non-League anonymity.

‘Growing up, it was more of a rugby union town to be honest,’ admits midfielder Jack Emmett. 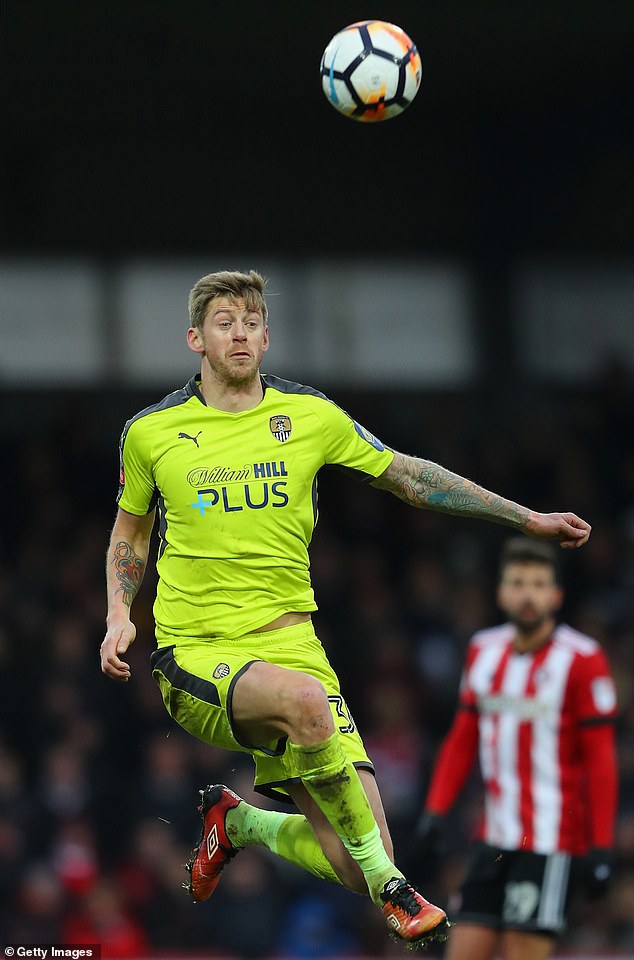 ‘I played football as a young kid for local sides but Harrogate Town wasn’t on anyone’s radar. They only got two or three hundred fans at home games and even at Harrogate Grammar where I went, they discouraged you from football. I had to play rugby — scrum-half or winger.’

The culture changed after Simon Weaver was appointed Town manager in 2009. He has stayed ever since with Town turning full-time in 2017 and going into the National League the following year.

Now they stand on the brink of an even greater achievement with their most famous name, 37-year-old Jon Stead, about to play at Wembley for the first time in his long career.

Added to the emotion for the former Blackburn, Sunderland and Sheffield United striker are the four years he spent at Notts County — he was part of their team relegated from League Two last season — and the violent death earlier this year of his former Huddersfield team-mate and close friend Jordan Sinnott, who was killed after being attacked on a night out. 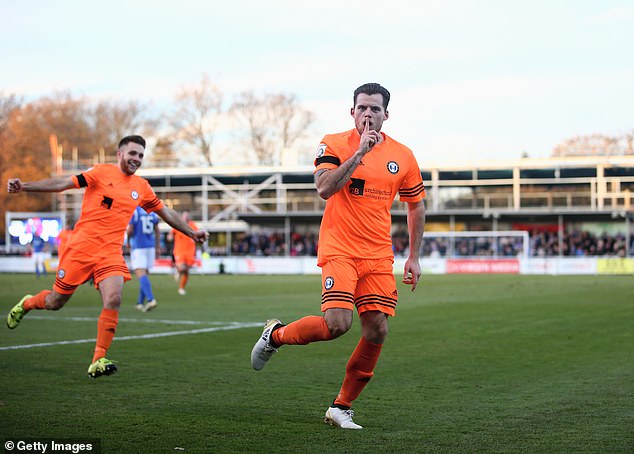 Sinnott, pictured playing for Halifax in 2016, died from a fractured skull following the attack

Stead arranged for cutouts of Jordan to be present at the semi-final win against Boreham Wood and promises his mate will be there at Wembley, too.

‘The cutout will be coming down on the bus and I’ll put him on a seat in the stadium myself. It will be nice to feel him with me. He’d have been there in normal circumstances cheering me on,’ says Stead.

‘Notts County would have been the last team I’d have picked to play against but football has this habit of doing things like this. I played more games for County than any other club and know a lot of the staff and the turmoil they’ve been through.

‘I want every success for them but there is no question my focus will be on Harrogate. We’re a wonderful story ourselves.’ 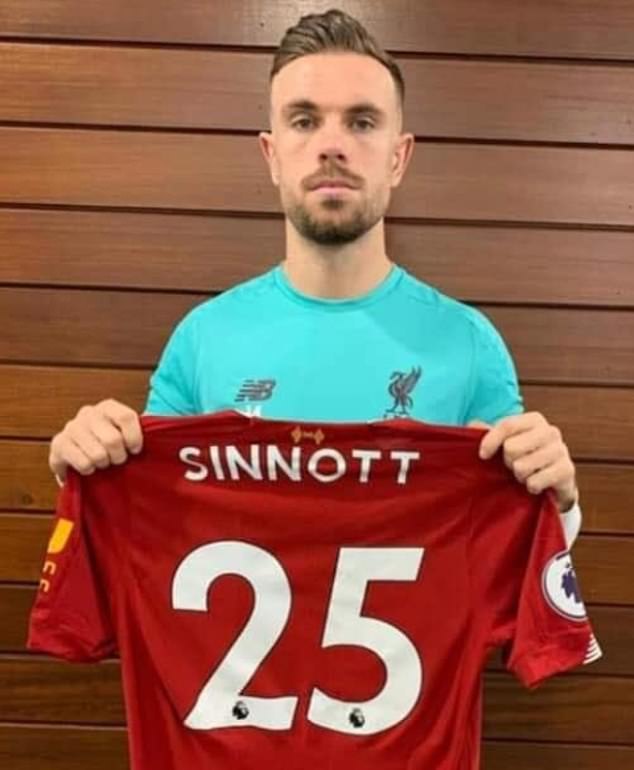 Stead, who was in the Bradford City team that knocked out Jose Mourinho’s Chelsea in the 2015 FA Cup at Stamford Bridge, added: ‘I’d love to have spent my career in the Premier League and played for England but you get the realisation at a certain point it won’t be the case.

‘But I am proud of my career, proud to still be playing at 37. I’m contracted here for another season and, if we go up, I’ll be back in the League. Hopefully we will be seen by people as a football town instead of tea rooms!’

Emmett is delighted to see the surge of interest, saying: ‘It’s like night and day compared to before. Lots of kids were coming to our games this season.

‘If I walk around the town, people are talking about Wembley, even though they are gutted not to be there. I can’t wait.’

Villas-Boas set for return to football as manager of Marseille