Jordan Henderson limped off with an injury in Saturday’s Merseyside derby against Everton at Anfield.

The Liverpool captain, playing at centre-back where the Premier League champions have had so many injury problems this season, was replaced by Nat Phillips just before the half-hour mark.

Henderson appeared to tweak his groin after running past Abdoulaye Doucoure in the 26th minute, and while he initially tried to continue he was forced off a couple of minutes later.

The England midfielder was filling in at the back with Liverpool’s first-choice centre-backs Virgil van Dijk, Joe Gomez and Joel Matip all out with long-term injuries.

Fabinho, who has deputised at centre-back for most of the season, was also absent for the derby against Everton with a muscle problem. 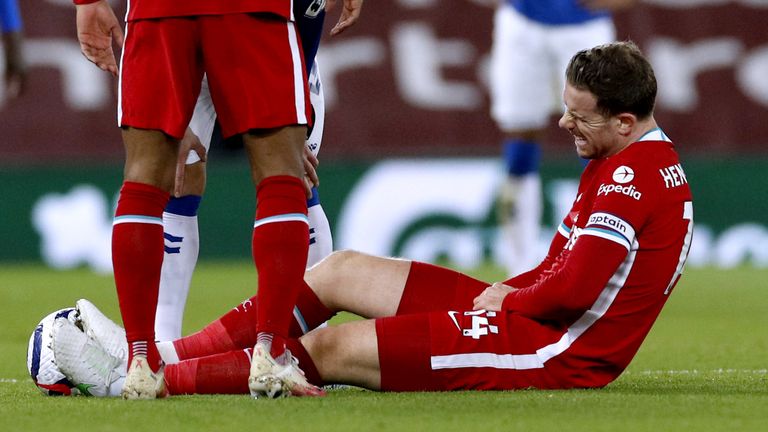 Van Dijk, who was sustained ligament damage in the corresponding fixture in October, was watching from the stands as Henderson was forced off with injury.

Everton took an early lead at Anfield through Richarlison, who now has 10 goals across all competitions this season

Incoming CEO Johnson will have his work cut out