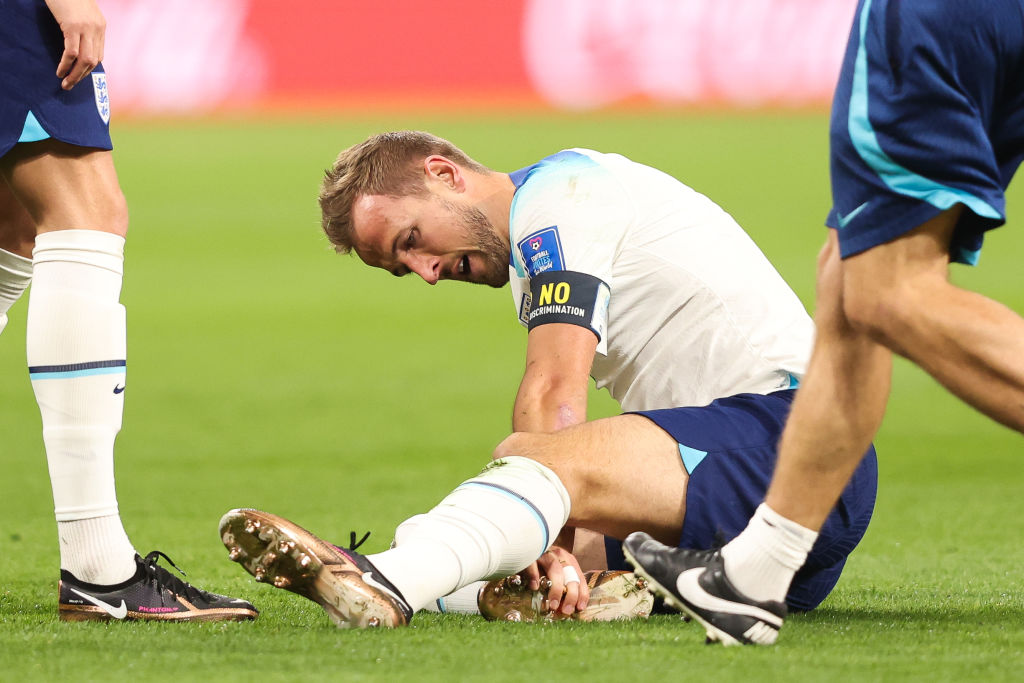 Harry Kane is back in training and will be fine after suffering a minor ankle injury, says England goalkeeper Jordan Pickford.

Kane went down under a heavy challenge from Morteza Pouraliganji during the 6-2 win over Iran on Monday, not going straight off, but eventually replaced by Callum Wilson after 76 minutes.

There were fears that the Tottenham striker had dome some lasting damage and he was sent for a scan, but it appears that all is well.

Pickford said at a press conference on Wednesday: ‘He’s good, probably a bit sore, he took a bit of a knock but he’ll be fine. He was out on the grass training today.’

Asked how England would deal with his absence if Kane could not play, the Everton stopper said: ‘Everyone gave their all when he came off, Callum came on got the assist and played well. Everyone’s training well and working hard..

Harry is an unbelievable player, he’s a leader he’s the captain and we all look up for him.’

England are in a strong position in Group B after their demolition of Iran, but still have work to do against America on Friday and then Wales on Tuesday.

Kane had appeared to be a doubt for the clash with USA at 7pm on Friday, but Pickford’s update suggests he will be available to start for Gareth Southgate.

Asked about the win over Iran, Pickford was happy but wants to tighten up his defence going forward after being frustrated with conceding two goals.

‘It was a great game,’ he said. ‘Iran are hard to beat and break down. We were very clinical in our approach. The lads were outstanding.

‘As a whole squad we want to keep clean sheets because we know how important they are in tournament football. We were 4-0 up and conceded an easy goal and then the penalty was indifferent. I am never going to be happy conceding a goal, but we’ll build towards USA and hopefully get a clean sheet.’

We are ready for a proper fight, insists feisty Klopp