Chelsea and Manchester United got Saturday started with a bang by playing out an eventful 2-2 draw at lunchtime.

Anthony Martial scored twice to put United on the verge of victory after Antonio Rudiger’s first-half opener, but Ross Barkley bundled home a stoppage-time leveller to keep Chelsea unbeaten in the Premier League this season.

Sportsmail’s ROBERT SUMMERSCALES has rounded up five things you may have missed from the thriller at Stamford Bridge. 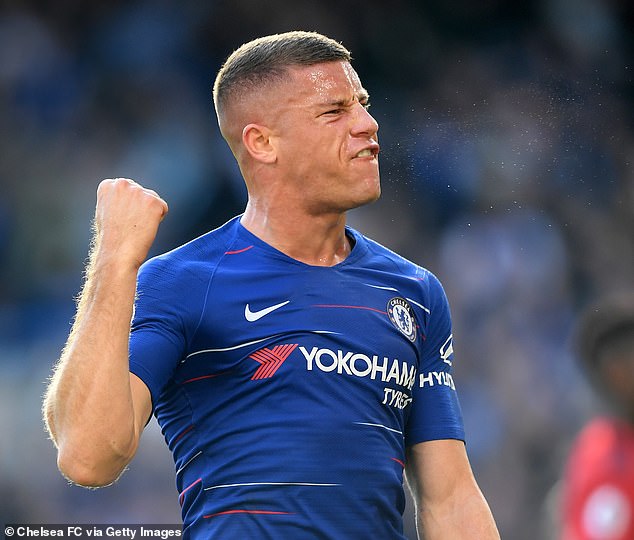 United midfielder Juan Mata is one of football’s good guys.

But the 30-year-old, who is the face of the Common Goal charitable initiative, showed his nasty side during the second half when he nailed Cesar Azpilicueta with a horrible tackle.

Mata was rightly booked for the foul on his fellow Spaniard and former Chelsea team-mate Azpilicueta, who did well not to seek retribution. 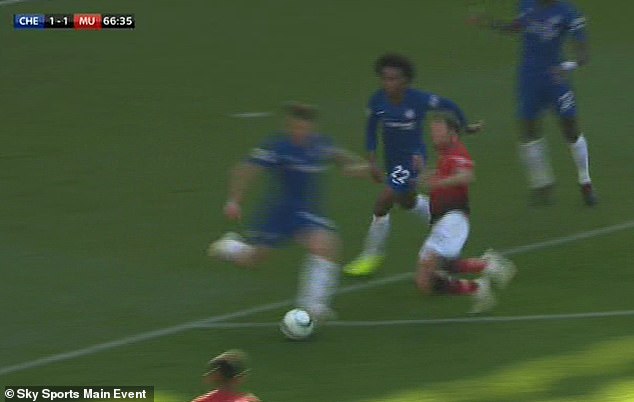 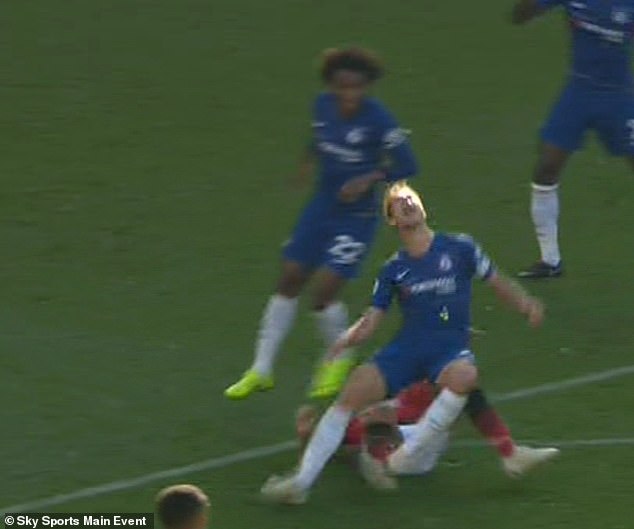 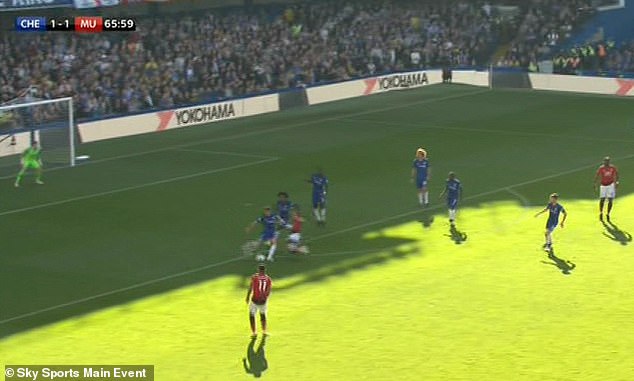 Nemanja Matic and Ashley Young became the 10th and 11th players to be booked for fouls on Eden Hazard in the Premier League in 2018. 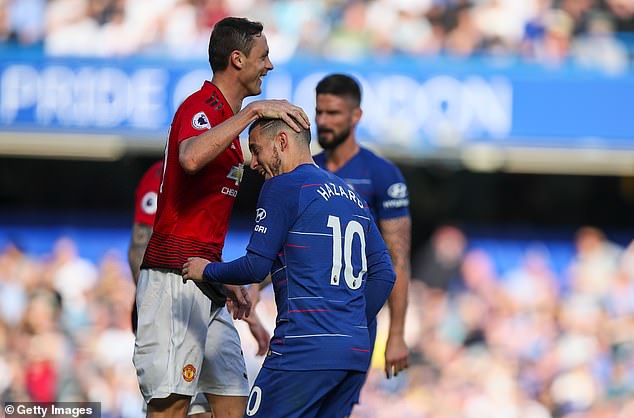 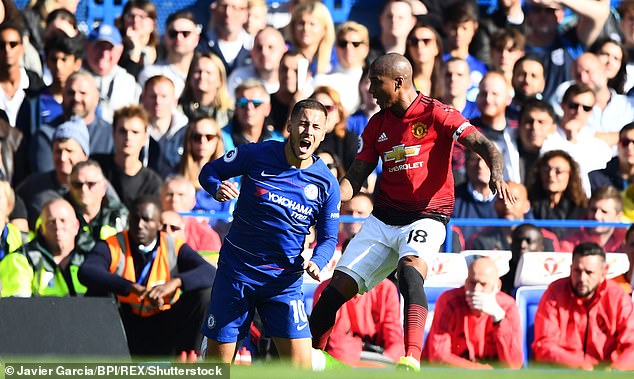 Former Arsenal team-mates Olivier Giroud and Alexis Sanchez looked pleased to see each other before kick-off at Stamford Bridge.

They each entered the action on Saturday as second-half subs, but not before sharing a hug and a high-five during the warm-up. 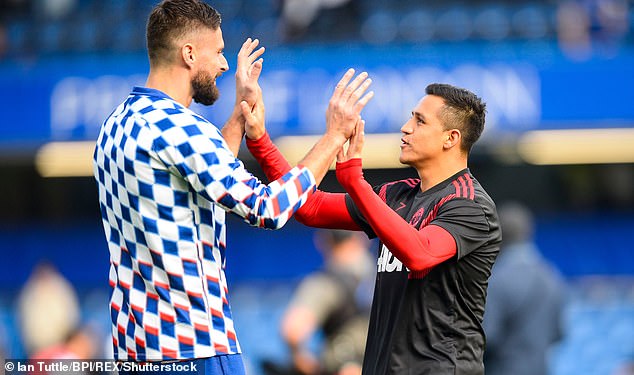 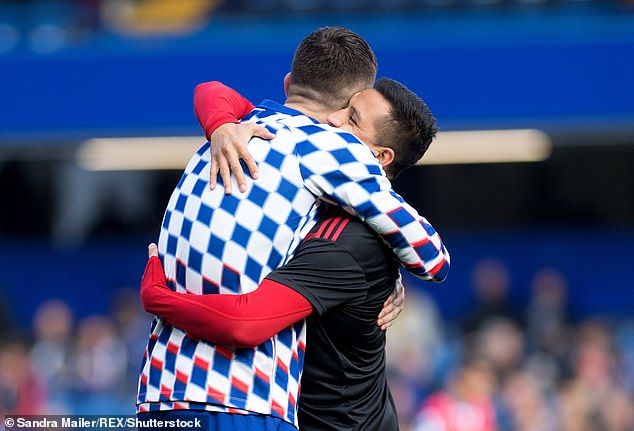 Sanchez and Giroud were not the only couple of cuddlers on display at Stamford Bridge.

United manager and Martial embraced as the two-goal star was subbed off in the second half.

Mourinho and Martial have endured a troubled relationship at Old Trafford, but could this signal an improvement between the pair?

Martial has now started in each of United’s last four domestic matches. 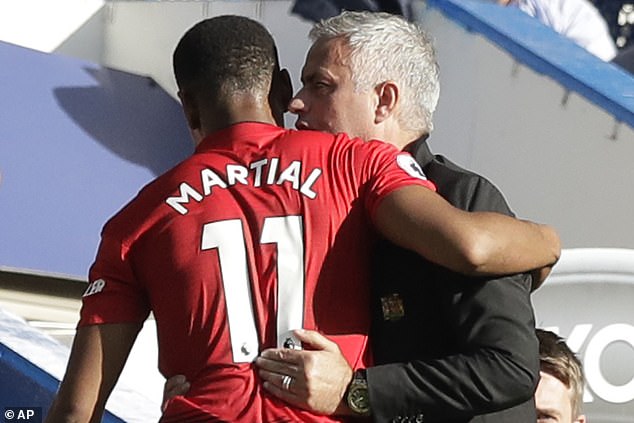 Anthony Martial, who scored two goals, was hugged by Jose Mourinho after being subbed off 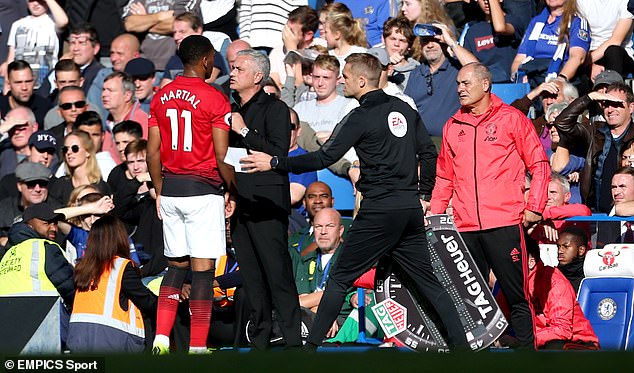 United wore their regular home shirt and socks, but with white shorts rather than their usual black ones.

The kit swap caused confusion among many fans.

One hit out on Twitter and wrote: ‘The horrific mismatch of United wearing white shorts with this shirt is in fact the perfect metaphor for how their season has gone so far’. 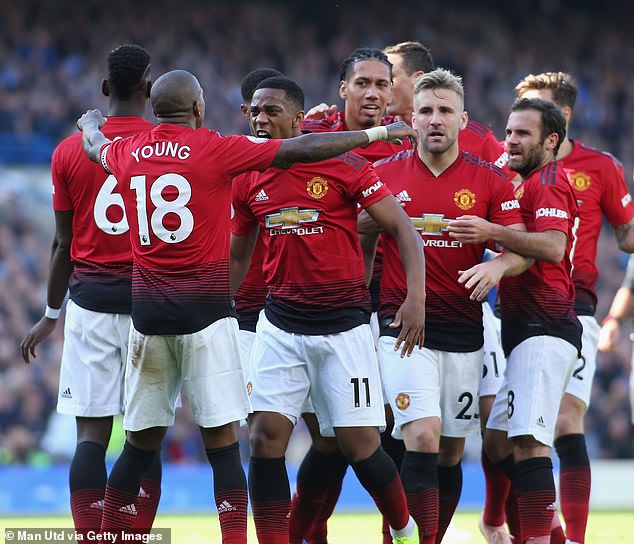