Jurgen Klopp felt Fulham’s goal in the 1-1 draw with his Liverpool side shouldn’t have stood following a “clear foul” on Mohamed Salah in the build-up.

Salah was shoved off the ball by Antonee Robinson, before Bobby Decordova-Reid smashed home the opener at Craven Cottage as Liverpool failed to take advantage of Spurs’ 1-1 draw with Crystal Palace and move top of the Premier League.

The PGMOL released a statement after the game to clear up the incident, saying they deemed it to be “normal contact”, but Klopp said it was a clear foul, and questioned VAR Lee Mason’s judgement.

“It’s a clear foul, nothing else,” said Klopp. “It’s not a yellow card, red card. The person who gave the assist for the goal, with pushing gets the advantage and can pass the ball. There’s an advantage, it’s not about how hard the foul is, it’s an advantage.

“I’m not sure what Lee Mason is doing at home, but that’s not normal contact in football. It’s enough contact to gain an advantage.”

A pitchside monitor review by Andre Marriner went against Fulham earlier in the half after Fabinho caught Ivan Cavaleiro in the box, and Scott Parker can’t understand why the decision was even up for debate.

“It amazes me that we’ve got VAR to help referees. If we didn’t have VAR, I wouldn’t say a word about this. We’ve VAR to help us, he’s gone to the screen and still decided not to give a penalty!

“For me this is not one we need to discuss, it’s not subjective, it’s just a clear penalty.” 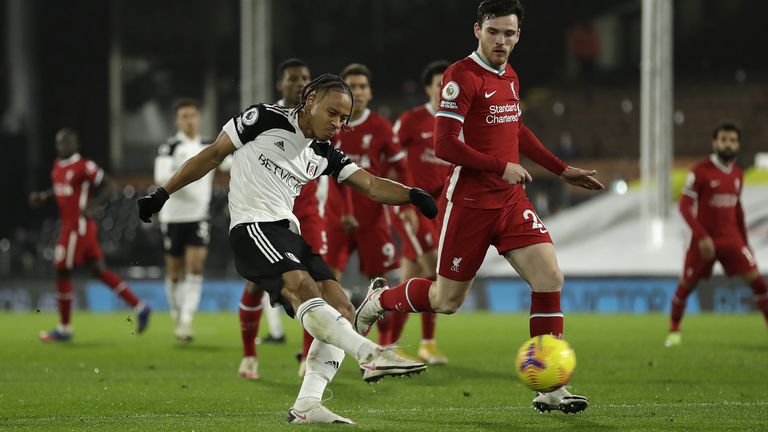 Klopp’s side looked rattled in the first half as Fulham were roared on by 2,000 vocal supporters at Craven Cottage, but the German said his side may have felt tired from a midweek trip to Denmark in the Champions League, with other sides who played in Europe struggling across all continental leagues this weekend.

“First 30 minutes were just not good,” he told Sky Sports. “We could have lost the game in that period, we didn’t because the next 60 were really good.

“When you look at the results we saw yesterday, all the teams that played Champions League had a tough one this weekend. In all leagues, it was crazy. 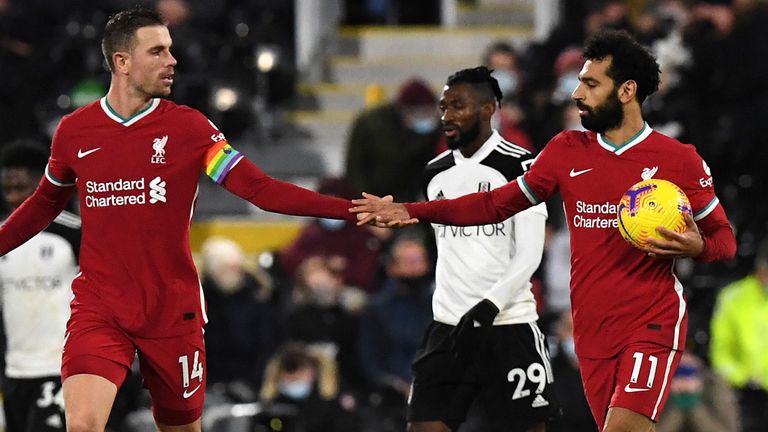 “Maybe today was the day we all felt it a little bit, but we had to fight against it, and we did.”

Joel Matip was taken off at half-time due to a back spasm, but Klopp expects the defender to be fit for Wednesday’s clash with Tottenham in the Premier League.

“Matip has a spasm in his back. We will see. He got treatment, will get treatment, and I think will be OK for Wednesday.

“We are not struggling with numbers. Just now they are getting younger and younger. The situation is like it is, I actually hope that Joel will be fine, but I don’t know. And we’ll have to find a solution, that’s how the football season is.”