Liverpool boss Jurgen Klopp will have to rely on Fabinho for an extended period of time after the latest injury to Joel Matip, who was taken off at half-time against Fulham.

Liverpool star Fabinho will see his importance skyrocket even more so to the squad after Joel Matip’s injury against Fulham.

It comes after the London outfit fought out a 1-1 draw with the Reds in gladiator-esque fashion.

Fulham came out of the blocks with a fiery intensity that Jurgen Klopp would have been proud of.

They deservedly took the lead through Bobby Decordova-Reid with an excellent finish in front of their own fans for the first time this season. 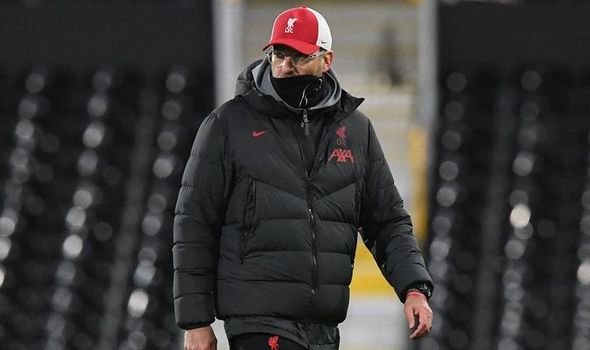 After the break, though, the hosts had to change their stance as Liverpool came at them with all guns blazing with Mohamed Sarah eventually drawing level from the penalty spot.

But at half-time, Klopp was forced into a sub after Matip stayed off with a back injury.

It meant Jordan Henderson dropped into the back-four along with Fabinho – who has been the perfect Virgil van Dijk replacement.

Reid’s goal was the first open-play goal they had conceded with the Brazilian in defence – 970 minutes of action.

That is remarkable considering the weight of the blow that Liverpool felt when Van Dijk was ruled out for the season.

But with Fabinho stepping in, the Dutchman has barely been missed.

And that is also considering Joe Gomez, Trent Alexander-Arnold and Alisson have all been absent though periods as well. 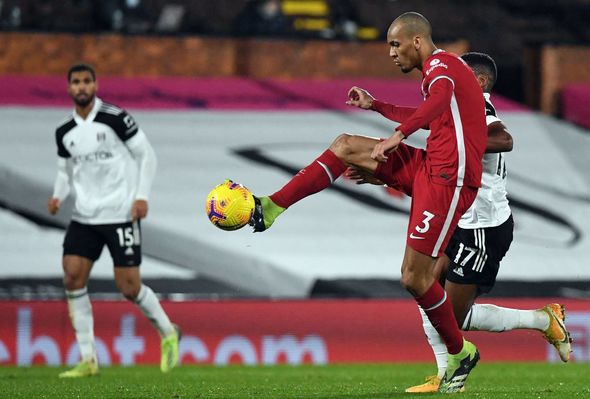 However, with Matip facing another spell on the sidelines, Fabinho is set to become even more integral to Klopp’s system.

Partnering him will be a problem, it may well be Henderson but his importance in midfield cannot be overstated.

Rhys Williams, Nat Phillips or even Sepp van den Berg could be rotated in as well – with a huge number of fixtures coming up throughout December and January.

Fabinho would prefer to play in defensive midfield, his best position and where he truly shines.

But at centre-back, he has flourished and transferred his skills with ease further back in the 4-3-3 system Klopp puts out.

The former Monaco man’s legs are fantastically long and make retrieving the ball from an attacker a simple task.

And his gangly frame helps him shield the ball while his distribution is often intelligent and pinpoint.

That intelligence on the ball is as good off it, too, finding himself in the right place at the right time so many times that he makes it look easy.

Liverpool will no doubt face more tests like they did against Fulham but keeping Fabinho fit is now the main priority as, without him, Klopp will be in real, real trouble.