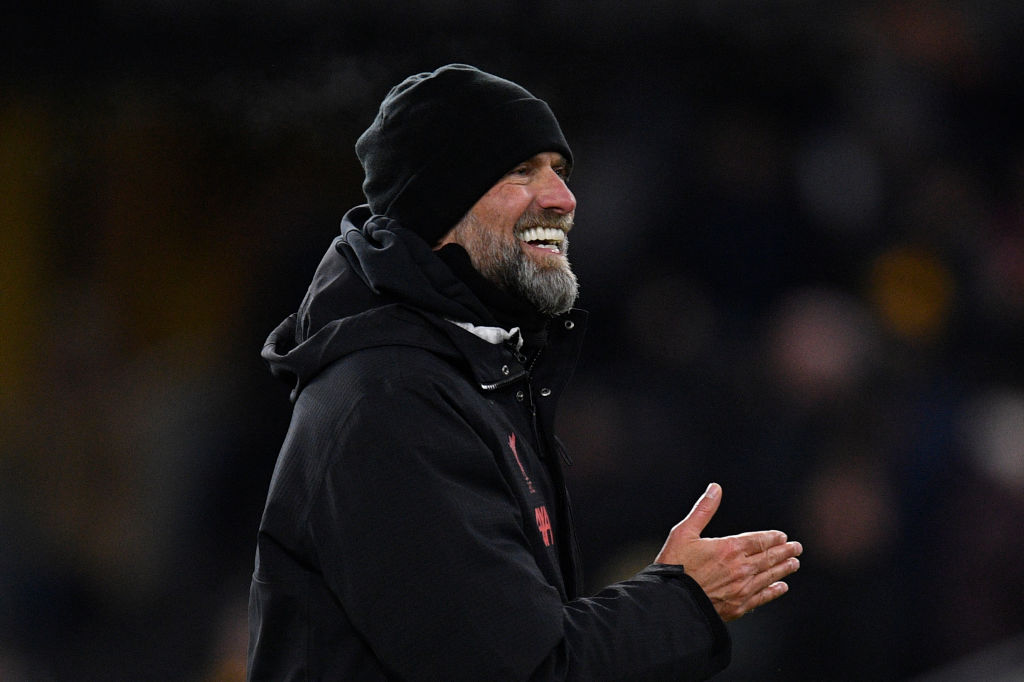 Harvey Elliott may have won player of the match as Liverpool beat Wolves in an FA Cup third round replay, but Jurgen Klopp felt there were a few standout performers at Molineux.

Elliott scored the only goal of the game, a memorable long-range effort as a youthful Reds side booked a place in the next round against Brighton.

Stefan Bajcetic was another youngster who shone, while Caoimhin Kelleher and Fabio Carvalho were also good.

Klopp didn’t name names, but was delighted with his side and how they bounced back from the nightmare 3-0 loss at Brighton in the Premier League at the weekend.

‘It feels like ages ago that we had that feeling that we won and played well. Yes we had to fight hard but that’s the nature of the competition,’ Klopp told the BBC.

‘It feels great, it was the reaction we wanted to see from ourselves and the boys delivered.

‘It [the performance of Elliott] was good, two different positions, especially with an early knock on the ankle which can be quite painful. He fought through and his goal was exceptional.

‘I don’t want to make his performance smaller, but I had a few men of the match today, just the others didn’t score, but we played a really good first half and had very good periods in the second. Then at the end it’s just passion, put a foot in, a leg, a body, block the shots. A cup game, great.’

Elliott was pleased to contribute to the win and the 19-year-old is aware it is part of his role to score goals and provide assists.

‘Definitely [deserved], a good turnaround after the last few results but tonight is a stepping stone for the next couple of games,’ he said. ‘It was the perfect way to go into the next game and hopefully we can put the form right at Anfield.

‘I have been judged a bit on assists and goals and it is something I have been working on and it came off today. Personally, I have felt I have not been at my best form after the World Cup but a confidence booster tonight.’