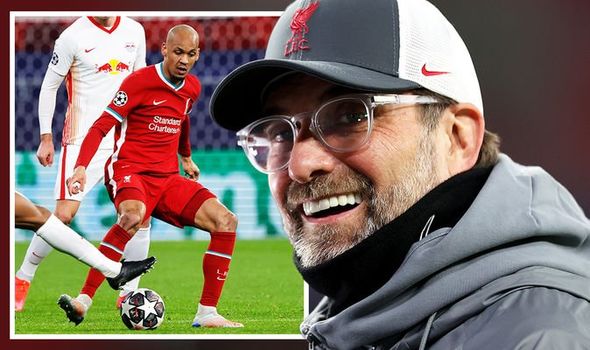 Jurgen Klopp has teased his intention to start Fabinho in the No 6 role between now and the end of the season after the Brazilian’s presence proved vital in helping Liverpool into the quarter-finals of the Champions League on Wednesday night.

A repeat of the first leg, Mohamed Salah opening the scoring with Sadio Mane making it 2-0 within the next five minutes, saw Liverpool book their spot in the last eight.

They had entered the second leg against their Bundesliga opponents short on confidence as a result of a run in the Premier League that has seen them lose six straight Anfield games.

But they carved through Leipzig and might have scored six or seven against the Germans were they more clinical in both halves.

Julian Nagelsmann’s men only gave Alisson one real save to make all match although Alexander Sorloth hit the crossbar with a header after coming off the bench.

And Klopp saluted the performance of Fabinho in holding midfield as the Brazilian returned to his favoured role for the first time since October 17, having spent all of his appearances since then at centre-back. 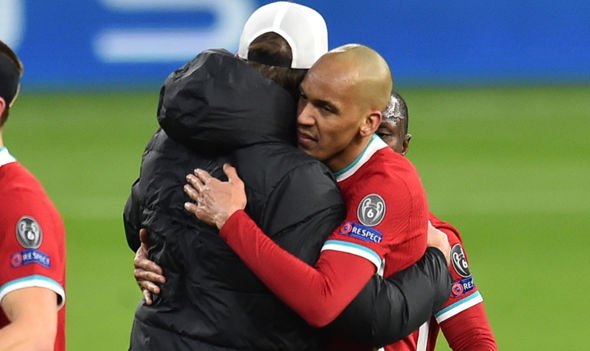 Liverpool were far more solid defensively in Budapest’s Puskas Arena as a result of having Fabinho in front of their back-line here while Nat Phillips and Ozan Kabak also impressed.

That steeliness helped Liverpool to book their spot in next Friday’s last eight draw, with Paris Saint-Germain, Porto and Borussia Dortmund all also guaranteed to be in the pot.

Klopp told BT Sport of Fabinho: “I told him on the way downstairs, ‘You like the position six more then?’ He said, ‘Yeah.’ He couldn’t show it more clear!

“We all want Fab on the six. Tonight he played there and the two centre-halves played an incredible game, to be honest. The whole last line played a really good game.

“We had to press them. We defended deep really well, not only in Champions League but especially. Everybody had a really good game.

“The three in midfield worked really well together. Three up front. Diogo [Jota] as long as he could. It was a sensible decision to not let play him 90. 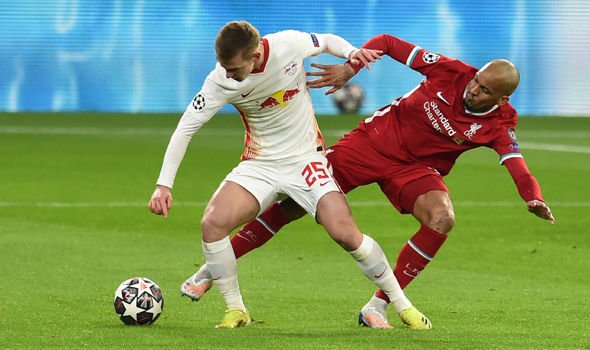 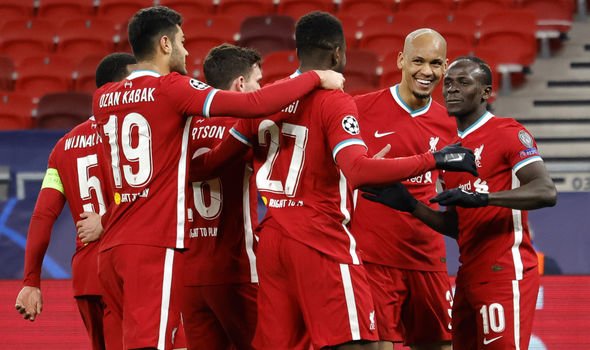 “The boys who came on, Naby especially was good, Milly [James Milner] was good.”

“The best thing the boys did, nobody could really see how good Leipzig could be, we defended them really well. They are a monster. They are so powerful. You saw the runs in behind. We defended it really well.

“We had to make ourselves ready for that. Switch off the Premier League stuff. Get here and give it a proper try. The boys really enjoyed themselves tonight which is important – but doing the hardest and dirtiest work to be honest.”

Liverpool return to Premier League action against Wolves on Monday night at Molineux as they look to lift themselves off the canvas after back-to-back top-flight defeats.

The defending English champions have only picked up 10 of an available 36 points in 2021 and sit eighth, seven points off of fourth-placed Chelsea. 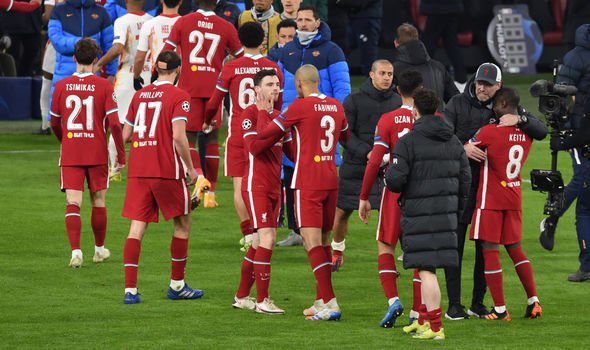 They have only won back-to-back league matches once since Christmas having fallen out of title contention and with their top-four hopes hanging by a thread.

And Klopp admits his side cannot afford to wallow and must use the confidence gained of their European progress to rediscover winning momentum domestically too.

“We have to [use this],” he said. “Last time we played in the Champions League it was a long trip. We arrive tomorrow 5 o’clock or so.

“We play only on Monday so that’s OK. We have to make ourselves ready.

“If we play like tonight it will be not easy for Wolves. We want to win football games. We feel it, the first time in a while, and it makes a massive difference.”

Rodgers says players should not be 'crucified' for 'honest' mistakes