Harry Kane made no excuses as he described Tottenham’s display as ‘immature’ and ‘unacceptable’ after a shock Europa Conference League defeat to Mura on Thursday.

The England captain skippered Antonio Conte’s side in Slovenia and after equalising in the second-half, Spurs look to have managed at least a point before an inexplicable last-minute collapse.

Mura forward Amadej Marosa’s winner with the last kick of the game concluded a dreadful evening for Spurs, who now need a win against Rennes on matchday six to progress to the knockout-stages, and Kane admitted the team’s performance was not good enough. 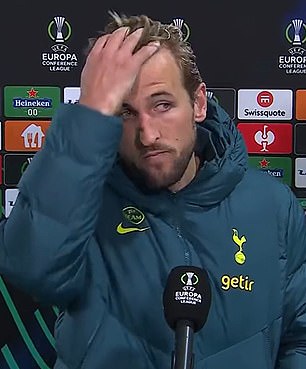 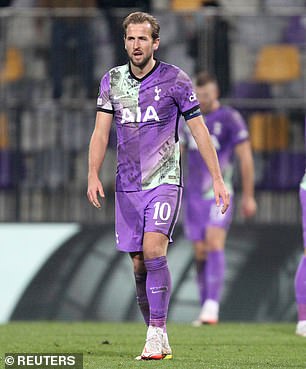 Harry Kane made no excuses, describing Tottenham’s display as ‘unacceptable’ against Mura 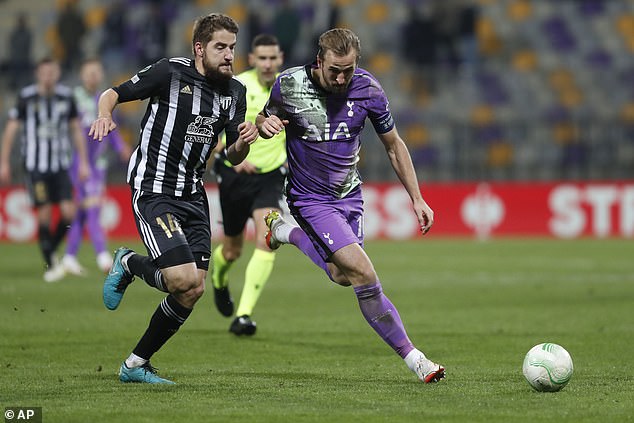 ‘Unacceptable really – didn’t start well going a goal behind, going down to 10 men made it difficult for ourselves,’ he told BT Sport after the game.

‘Second-half we showed some fight and spirit, got ourselves back into the game and if anyone looked like scoring it was gonna be us, but then an immature mistake at the end to concede a goal.

‘We had all the play, but yeah it’s unacceptable. But yeah a tough night for us and we have to learn from it… we just didn’t get the job done, these nights away from home can be difficult if you don’t get it right and that was the case today.

‘We was calm, we needed to up our game and we did that, but it wasn’t enough, they scored in the last second of the game and yeah it hurts.

‘It’s our responsibility as players on the pitch to go out and win the game and we didn’t do that today Full credit to them, we have stuff to learn from, but we have to dust ourselves down.’ 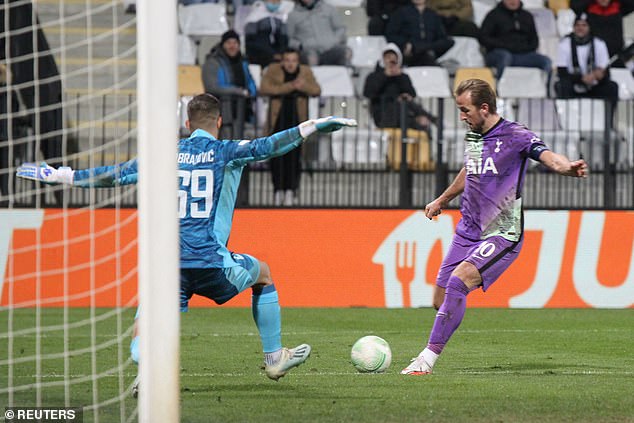 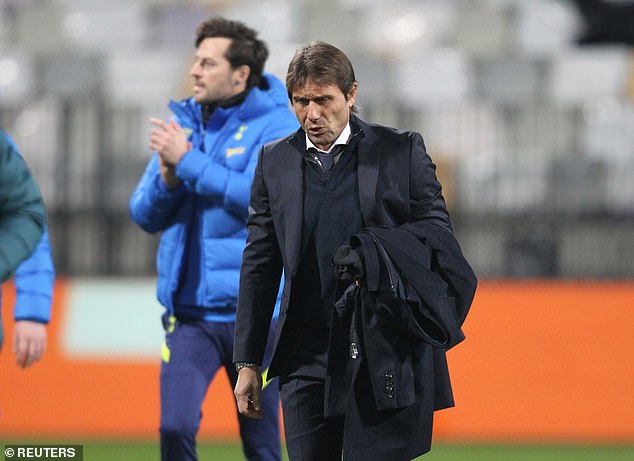 Asked what the mood was like in the dressing-room, Kane added: ‘Anger, disappointment, as it should be.

‘We were favourites to win this game. We knew we had to be on it in all aspects, mentality was the main one, but we made some immature mistakes and got punished for them and that’s what happens in Europe.

‘Sorry to the travelling fans (2,000 travelled) and the fans back home.’

Spurs boss Conte stressed after the game he was not a ‘magician’ and needs time to close the ‘gap between Tottenham and the top teams in England.’