Think it would have only been Jonathan Calleri who got tricked by Bono this weekend? Or would you, too?

The brilliantly named Girona goalkeeper collected the ball in his box but took a bad first touch, giving Calleri the opportunity to press him.

But rather than doing the obvious thing, he placed a foot on the ball and decided to dip into any memory he had of playing outfield.

SCROLL DOWN FOR VIDEO 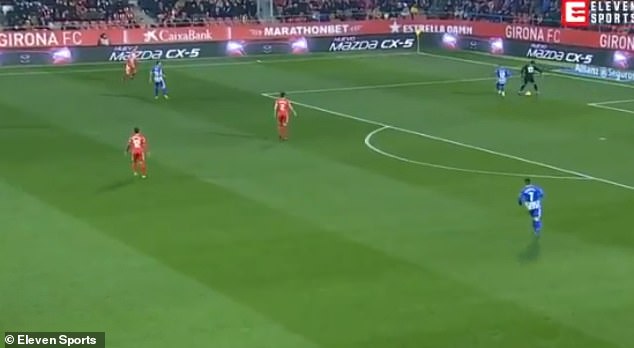 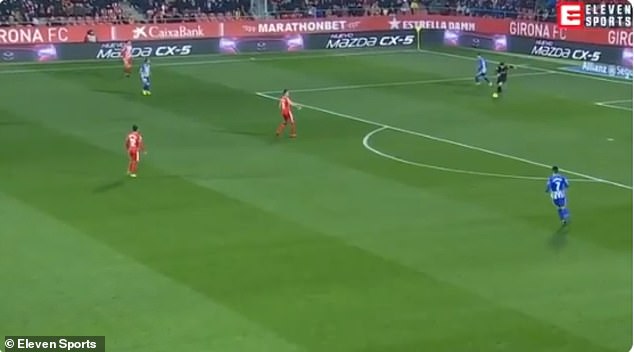 As Calleri came closer, Bono turned away, span on the ball and executed a perfect pirouette. It was the sort of moment that gives most goalkeepers vertigo.

The reality is that it was as good as Diego Maradona against England, with the added risk of being the last line of defence.

Unsurprisingly, social media went wild for the skill from Bono and the reaction to the move must have meant a beautiful day for him. 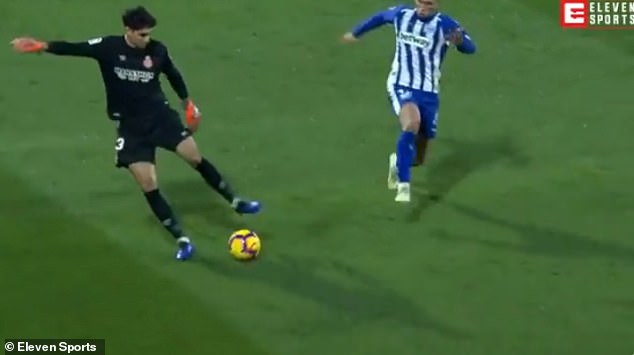 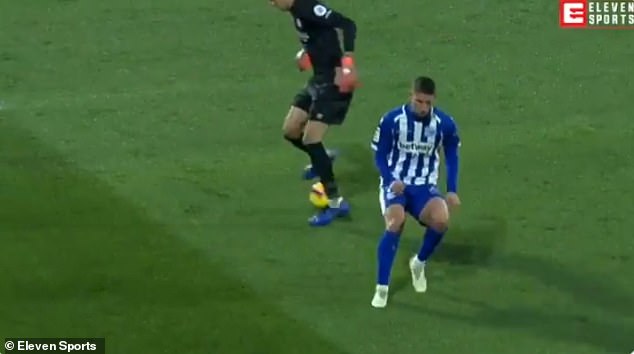 Even Liverpool goalkeeper Alisson, known for a trick or two, was impressed by the display

It was little shock that one of those who commented was Liverpool goalkeeper Alisson, known for a trick or two. He posted some emojis that showed his awe.

@Jim_Philosopher wittily added: ‘That keeper Bono was certainly living on The Edge…’

The majority of fans just showed their approval. And Calleri still hasn’t found what he was looking for — the ball.